The Wave-Particle Duality and Practice-Enlightenment 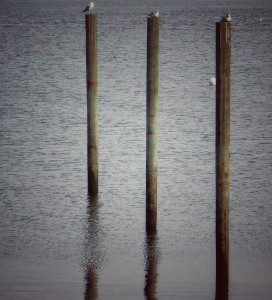 At the beginning of the last century, the great theoretical physicists noticed that neither the wave nor the particle theory for light fully explained the phenomena. Einstein wrote, “We are faced with a new kind of difficulty. We have two contradictory pictures of reality; separately neither of them fully explains the phenomena of light, but together they do.”

This is much like the practice-enlightenment duality that is much discussed in Zen circles. Some suggest that there is no enlightenment outside of practice and specifically, outside of zazen. That in zazen, when we cross our legs, and sit facing the wall, we let go of our mental maps and express true reality. From this perspective, ongoing letting go is a wave – there is no specific, discrete, identifiable entity doing the practice. The flow of the process itself is enlightenment.

This position is most fully expressed by Uchiyama Roshi and his successor Okumura Roshi. In addition, Suzuki Roshi’s Zen Mind, Beginner’s Mind is perhaps the most popular presentation of practice as a wave.

Enlightenment as a particle, as an experience, was probably most clearly expressed in the Twentieth Century by the Soto Zen priest Harada Dai-un Roshi and the waves of his successors and their successors (Yasutani, Kapleau, Maezumi, Yamada, Aitken, etc.). Three Pillars of Zen by Kapleau Roshi is, in part, a presentation of the particle view, including detailed, first person enlightenment accounts by nine practitioners.

For example, identified in the book only as “Mr. K. Y., a Japanese Executive, Age 47,” here is one of Yamada Roshi’s enlightenment experiences:

“Then all at once I was struck as though by lightning, and the next instant heaven and earth crumbled and disappeared. Instantaneously, like surging waves, a tremendous delight welled up in me, a veritable hurricane of delight, as I laughed loudly and wildly: ‘Ha, ha, ha, ha, ha, ha! There’s no reasoning here, no reasoning at all! Ha, ha, ha!’ The empty sky split into two, then opened its enormous mouth and began to laugh uproariously: ‘Ha, ha, ha!’”

Is practice-enlightenment a wave or a particle? Why is it important?

Most people come to Zen practice with at least a nascent aspiration for enlightenment, for realizing the truth of this one great life. If we over-emphasize the wave nature of practice-enlightenment, we might squelch or misdirect these folks and their heart’s innermost request.

On the other hand, if we emphasize practice as a means to attaining a particle of enlightenment, our practice can become hungry-ghost, instrumentalist practice.

Either approach by itself is like having just one chopstick. To paraphrase Professor Einstein, we have two contradictory pictures of reality; separately neither of them fully explains the phenomena of practice-enlightenment, but together they do.

One of the implications of over-emphasizing either the wave or the particle nature of practice-enlightenment is that it becomes difficult to embrace the whole Zen tradition and so strained accommodations are made.

In much of the remainder of this post, I examine one example in detail.

Some Soto Zen scholars and priests argue that Dogen was against “personal” enlightenment or kensho (particle) and that such an experience is out of tune with Dogen’s (wave) teaching. Therefore, they conclude that later teachers must have made up the story of Dogen’s personal enlightenment experience.

Let’s first look at the story of Dogen’s enlightenment and then look at the argument about how later generations made it up.

After Dogen went to China, he met Rujing and was so inspired to sit zazen that he didn’t sleep for three years. He sat long and devotedly, and finally heard Rujing scold the monk who was sitting next door and sleeping. Rujing scolded him, “Zen study is dropping mind and body.”

The “Dogen didn’t have a personal enlightenment” position suggests that Dogen himself did not tell the story of his own enlightenment in any of the extant works, although it is acknowledged that Dogen did frequently describe zazen itself as “dropping mind and body.” The whole story, this perspective suggests, first appears in Keizan’s Record of Transmitting the Light written several decades after Dogen’s death, so perhaps Keizan made it up.

I’ve got to pause here and say that Soto Zen is one odd school! Our claim to Buddhist legitimacy, according to this subgroup, is that our founder was not enlightened, that he was so pure he didn’t have a mere personal enlightenment, and the second founder, Keizan, was a big fibber! Kind of odd, don’t you think?

A few more points on this.

First, on the historical side, why would anybody close to Dogen make something up that was out of tune with Dogen’s teaching? Our mind-to-mind transmission passed down through a bunch of fibbers?

Enlightenment stories abound for all of those around Dogen. Ejo, Dogen’s successor, experienced enlightenment when he heard Dogen was reading a koan in which a monk asks Shishuang, “How is it that one hair digs many ditches?”

Keizan himself reported an enlightenment experience while contemplating “ordinary mind is the way” – a koan that Gikai had assigned him. Thus, the wave perspective about the early days of Soto Zen has a tough time fitting in all the evidence.

Could Keizan have made up the story or perhaps repeated what had become Dogen lore? Perhaps. However, he was well connected with Dogen’s inner circle. His grandmother was a close student of Dogen. Keizan studied closely with several of Dogen’s direct descendants. There may have been monks and lay students in Keizan’s assembly who had close connections with Dogen and his direct successors as well. Fabricating an enlightenment story would have made waves.

Another thing that’s fishy about arguing that Dogen didn’t have kensho is that even if he didn’t, what about all the Chinese ancestors whose kensho stories are well known? What about the Buddha? What about the many Soto Zen kensho stories after Dogen? This includes Gento Sokuju, Bokusan, Katagiri, and many practitioners who are alive and kicking.

Let’s just look at one here, that of the important Nineteenth Century master Nishiari Bokusan, and what his biographer, also a student of Bokusan, calls his “sudden great enlightenment:”

“Once Bokusan was sent out on an errand by his teacher. It was snowing like a flurry of goose feathers, and in the rice paddies and countryside the snow came up to a foot high. Entering the gate, Bokusan found the Master’s attendant to report his return, and then hurried to the temple kitchen to fetch a tub full of hot water. He carefully untied the laces of his straw sandals, but when Bokusan’s foot touched the boiling hot water, he spontaneously cried “Aaah! Hot!” and yanked his foot out. Another monk rushed to the garden, collected some snow, and threw it into the hot water. With a “shuu” sound it melted completely. Seeing this, Bokusan suddenly greatly understood” (from Jiryu Mark Rutschman-Byler’s unpublished thesis, Soto Zen in Meiji Japan: The Life and Times of Nishiari Bokusan, p. 72).”

What’s striking here, in addition to the believable details, is its similarity with the many enlightenment experiences reported in the Zen tradition – the great collapse, sudden intimate knowing, great joy and freedom. Everyone I know who has experienced some taste of enlightenment, sees the turn-around characteristic of that experience in the reports of our many ancestors. Seems to me, cause to celebrate. Let’s bring out the joy soup!

However, despite the arguments of the wave-only perspective, Dogen did in fact write about his enlightenment experience in his colophon to the Discourse Record of Chan Master Rujing (T. Griffith Foulk, “‘Just Sitting?’ Dogen’s Take on Zazen, Sutra Reading, and other Conventional Buddhist Practices,” in Dogen: Textual and Historical Studies, edited by Steve Heine, p. 102-103). So there goes that theory.

Still, it is curious that some Twentieth Century priests and scholars have strained and stressed to diminish the importance of experiences like this, even when as late as the Nineteenth Century, such experiences were simply recognized and, I imagine, put to work.

Indeed, Dogen is inspiring to many for just this reason – he beautifully and powerfully presents the possibility of radically opening the heart and manifesting that openness in the world in ways that really count. It is for this primary reason, that Dogen’s Zen has so much to offer the helpless ones in the future who depend on our practice-enlightenment, that I raise this issue.

Dogen’s view on enlightenment was more nuanced and complex than either the wave or particle approaches tend to acknowledge. We need both. And neither – if you are practicing Zen, I encourage you to view it simply. Both wholehearted zazen (and practice off the cushion) and enlightenment are essential aspects of the Zen way, so practice as if your hair were on fire!

June 20, 2016 Moving to Omaha to Lead the Nebraska Zen Center
Recent Comments
0 | Leave a Comment
Browse Our Archives
Follow Us! 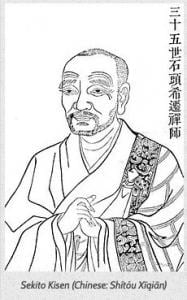