The Record of Going Easy: Who is Arising-Extinguishing?

The Record of Going Easy: Who is Arising-Extinguishing? July 3, 2017 Dosho Port 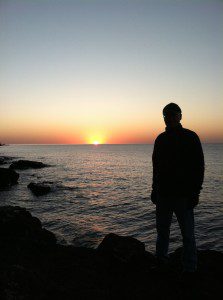 First, a bit of background about the collection this kōan arises in – The Record of Going Easy, 從容錄, (Chinese: Cóngróng lù, Japanese: Shōyōroku), translated into English as The Book of Serenity and The Book of Equanimity. In my view, The Record of Going Easy expresses the characters fairly and better conveys what the text is about – going easy in the midst of arising-extinguishing.

The one-hundred kōans and companion verses for The Record of Going Easy were written by Hongzhi Zhengjue (1091–1157). Wansong Xingxiu (1166–1246), a descendent in Hongzhi’s Caodong/Sōtō lineage, added a preface, notes to each line of the kōans and a note to each line of Hongzhi’s verses. In addition, Wansong added an extended commentary to the kōans and verses (not translated here but available in Thomas Cleary’s Book of Serenity). It is a massive dharma-literary achievement.

For an excellent discussion of the background for the text, see Steven Heine’s Chan Rhetoric of Uncertainty in the Blue Cliff Record: Sharpening a Sword at the Dragon Gate, pp. 228-235.

The Record of Going Easy was first published in 1224, just a few years before the Gateless Barrier. Dai-un Harada Roshi (October 13, 1871 – December 12, 1961), the Sōtō monk who trained in Rinzai, completed the kōan curriculum, and then adapted it for use with practitioners at Hōshinji, a Sōtō training monastery in Obama, Japan, seems to have first used The Record of Going Easy as a text for modern kōan introspection.

About Hongzhi, Wansong, and One Theme of The Record of Going Easy

Hongzhi was a renowned figure in the hay-day the Caodong/Sōtō lineage, a prolific writer, and frequently quoted by Dōgen, who referred to him as the “old buddha” – a tagline Dōgen used sparingly. Hongzhi’s work is best known now in English through Taigen Leighton’s excellent translation, Cultivating the Empty Field.

Wansong means “Old Man” – a name he gave to himself when living at “Ten Thousand Pines,” one of his hermitages. Wansong’s turbulent times included Mongol invasions, famines, and tough times for regular people and the buddhadharma. Yet, his voice is light, humorous, and earthy. Through translating, I’ve developed a great fondness for him.

Before Wansong died, he wrote this verse:

Eighty-one years – just this one expression:
All people are precious.
Do not act mistakenly.

One of the central themes running through The Record of Going Easy, of which the present case is an example, are the dangers of samadhi, steady states of concentration, specifically about subtle clinging to quiet mind (for starters, see cases 7, 11, 23, 26, and 96). This could be a result of an earlier focus in the Caodong lineage, silent illumination, that came under attack by Dahui Zonggao (1089–1163) and others for leading people into quietude but not realization. Indeed, Hongzhi was one of the most well-known proponents of the silent illumination method.

It seems that the propensity toward silent illumination passed from the Chinese Caodong line to the Japanese Sōtō school. Hakuin Ekaku (1686 – 1768) was critical of Sōtō practitioners who have “…submerged themselves in the dead, stagnant water of quiescent, silent illumination Zen.”

But let’s go back to China. After Hongzhi, the criticism that came from Dahui and his successors, led the Caodong lineage into decline. The Record of Going Easy, some sixty-years after Hongzhi’s death, was an effort to rehabilitate the Caodong lineage, distance it from the one-sided emphasis on silence, and shift the narrative to emphasize realizing wisdom.

Dōgen, a contemporary of Wansong, took up the same task with “practice-enlightenment” and reframed silent illumination (a phrase not found in Dōgen’s written works) as shikantaza, “just sitting,” or more often shinjin datsuraku, “body-mind drop off.” Dōgen’s most explicit unpacking of this issue, where he rewrites and invigorates a poem by Hongzhi, is in his “Zazenshin” or “Healing Point of Sitting Zen.”

In the kōan below, when Hongzhi begins his verse with “Hacking and cutting off an old tangle of vines,” referring to the zazen process of cutting through the complexities of discursive consciousness aimed at silence, Wansong notes, “Branches and tendrils are reborn.” I see him here with a waggish grin – “Dude, you can suppress grass (delusion) by smothering it with a big rock, cutting off the mind road (hiding in silence), but sooner or later the grass will have its way.”

This kōan’s title comes from the monk raising the question rather than the norm – the teacher responding. The teacher here is Yántóu (828–887), one of the great lights in the Golden Age of Ch’an. Although his lineage ran through Shitou and Yaoshan, a branch of what eventually became a branch of the Caodong/Sōtō line, and continued through Luóshān, his dramatic presentations, like the shout in this kōan, are reminiscent of the Linchi/Rinzai line.

Like Wansong, Yántóu lived in turbulent days, through persecutions and failed states. Once his temple was raided by bandits and all the monks evacuated – but Yántóu simply took his seat. One of the bandits ran him through, and Yántóu’s death roar could be heard for ten miles.

Wansong’s introduction first offers the promise of awakened dharma practice – “One word of truth arrives and turns the ordinary into the sacred.” Wansong here uplifts the transformative possibility of wholehearted training, emphasizing realizing wisdom, but doesn’t avoid “Holding a stick, calling the dog,” a comment he makes about another teacher in “Case 41: Luòpǔ With One Foot in the Grave.”

Then he directs us to the fundamental point – “What is the one point?”

If you can respond clearly and strongly to this question, your dharma work is done. For the moment.

Luóshān, who eventually became a successor of Yántóu, was gifted with a burning question that he’d asked at least one other teacher, Shishuang (807-888), “How is it when arising-extinguishing is incessant?”

Shishuang, whose teaching resembled the later silent illuminationists, responded “Cease all activity, do nothing whatever, be like a thought that lasts ten thousand years, be so cold and lifeless the spirits of the dead will come sighing around you, be a bolt of fine white silk, be dead ashes inside a censer in a forgotten old graveyard.”

Perhaps Luóshān’s mind had settled to a deep point of clarity – just arising-extinguishing – but he felt stuck in that state, so he was looking for a turning word to thoroughly open his heart. Hongzhi, in his verse, acknowledged Luóshān’s zazen process, returning to the source through hacking, cutting, and smashing the mind road. And, yet, there’s still a spiritual masquerade, hiding in the mist.

Yántóu first got Luóshān’s attention with a shout like the thunder, the sound mythically attributed to dragons. The ancient Chinese believed that dragons changed not just their skin, but their bones – a metaphor for the transformation of dharma practice. Thus, Hongzhi praises Luóshān’s upcoming transformation with this: “Dragons ride the thunder and change their bones.”

It is the same “who?” that sees, hears, smells, tastes, touches, and thinks.

Presented to the assembly, saying:

Even one touch will turn one granule of cinnabar into gold. One word of truth arrives and turns the ordinary into the sacred. If [you] know that gold and iron are not two, that ordinary and sacred have the same source, one point for sure – you’ll have no use for them! Yet say, what is the one point?

Hacking and cutting off an old tangle of vines,
Branches and tendrils are reborn.
Smashing the fox den,
Even more spit – stubborn saliva.
A leopard drapes their shoulders with fog, changing their culture.
Declining to shed its fur.
Dragons ride the thunder and change their bones.
Departing, transforming the body’s casing.
Tut!
One shout, ten-thousand pivot, three imperial eras – all deafened.
Arising-extinguishing – what matter is this?
To be hospitable is to not neglect one’s partner. 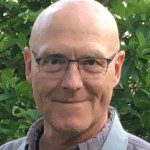 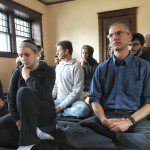 July 6, 2017 Did Dōgen Drop and What?
Recent Comments
0 | Leave a Comment
"Lovely story. Thanks. I like the translation “one-doing power” for the samadhi (一行三昧) variously called ..."
Gregory Wonderwheel “Please Sit By The Heater”: On ..."
"Reading this,I am struck by the similarities of what Meido writes about, to the patchy ..."
Nick Walser “Hidden Zen: Practices for Sudden Awakening ..."
"keep laughing, no place to go, nothing to do; the spring comes and the grass ..."
LuLu Saving Energy is Gaining Energy: More ..."
"test"
Guatemoc Enlightenment in Dispute: Standards for Zen ..."
Browse Our Archives
get the latest from
Wild Fox Zen
Sign up for our newsletter
POPULAR AT PATHEOS Buddhist
1