Two Kinds of Buddhists? Unrolling the Traditionalist and Modernist Distinction 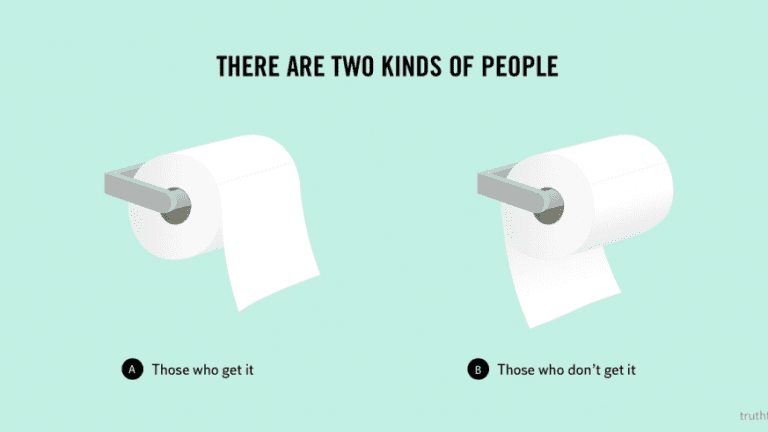 The point of this post is simple. Whether you identify as a Traditionalist Buddhist or Modernist Buddhist – don’t get your frickin hackles up!

I’ve been a bystander on this issue for some time, but after reading some hostile posts coursing through the internet, most recently about the new best-selling book by Robert Wright, Why Buddhism is True: The Science and Philosophy of Meditation and Enlightenment (including one by a guy who starts off saying that he hasn’t read the book yet … but then goes on for about 1,500 words criticizing it), well, I’d like to jump in and call for all of us to get along.

However, I don’t want to dismiss the significance of the issue. Based in part in how dharma folks identify, Traditionalist or Modernist, we have a way of talking past each other in a painful kind of way (“those who get it” and “those who don’t”).

I’ve also been in conversations (really friendly ones) with the ever reasonable, delightfully amiable, unrepentantly inimitable, and subtly profound, James Myoun Ford, who has a recent extensive review of the Traditionalist and Modernist positions and includes his own thinking and experience. Click here.

I’ve found that as I’ve explored the issue, the Traditionalist/Modernist distinction slips through my conceptual grasp. That happens more and more. The other morning, I reread James’ “A Small Meditation on Buddhisms, Traditional and Modernist,” and still could not say concisely what was at the crux of this distinction. So I asked James for clarity. This is a bit of his response:

“The obvious markers are that cluster of things that mark modernism itself: naturalistic perspective, deep appreciation for critical inquiry including a bias toward scientific method, an assumption of human equality with an acceptance of the equality of gender as well as sensitivity to various oppressions. Otherwise it ranges wildly.”

“Well said!” I thought, especially for someone probably still in his bathrobe, sipping coffee, and kicked back in a barcalounger. Granted, that could be James at pretty much any time of day. Nevertheless …

What really matters? The Four Reliances to the Rescue

However, I’m with the Aksayamatinirdesa Sutra (Exposition of Akṣayamati): “The sūtra is particularly important as the source of the doctrine that the only definitive statements are those in which a buddha teaches emptiness (ŚŪNYATĀ) with words like unceasing, unproduced, and so on; all other statements require interpretation” (The Princeton Dictionary of Buddhism).

In other words, the heart of the matter for a practitioner of the buddhadharma are teachings that explain emptiness (aka, boundless openness). All other teachings are provisional, that is, they require interpretation in certain cultural circumstances, especially regarding their effectiveness to inspire and guide people to realize and practice emptiness. That includes the teachings on karma and rebirth, precepts, zazen, koan, and even things like wiping your butt with clay balls or not (sorry – obscure Dogen/Katagiri reference).

This is really quite a liberating teaching and cuts through a lot of issues.

“You believe in rebirth (or substitute almost anything else)? Fine.”

“You don’t believe in rebirth (or substitute almost anything else)? Fine.”

There’s no need to argue about it.

And that applies to almost everything people believe. Having been involved in this work for about forty years and having been in a teaching capacity for over half of that time, I can report with some confidence that there doesn’t seem to be a pattern in terms of what people believe and awakening. It does seem to help to have some right understanding of emptiness and to believe in the possibility of realizing emptiness in this life, but I have seen no relationship between holding the general array of Traditionalist or Modernist views, complex and fleeting as that distinction is, and awakening.

That applies in individual cases, but how about in the larger community? I doubt that if we insist that all practitioners believe in karma and rebirth in a literal way, or the supernatural powers of celestial bodhisattvas, or many of the ethical stances of the early Buddhists (like woman cannot awaken, homosexuality is immoral, etc.) that such stances would serve living beings. Most people in our global culture don’t seem to have these views and it seems to me to be a waste of time and energy – or just wrong – to go on about them. There’s really no need to return to the Medieval Period.

In our limited time, let’s focus on what is most important – realizing and practicing boundless openness.

To close, let’s look back at what dear James calls “the cluster of things that mark modernism itself.” I think that’s just where the slippery part lies. We’re truly all a floating cluster of shifting variables so finding a fixed Traditionalist or Modernist is simply doomed to miss the mark and piss people off. I think the Buddha said something like that too about emptiness.

On the other hand, just because we are floating and shifting, doesn’t mean there are no patterns. Seems to me that there are at least eight variables (and I’d be that you could come up with some others), floating clusters, that are really continuums, influencing our dharma perspective at any given moment. Some of these might be more likely to encourage us to practice and realize than others, but that really depends on the circumstances, including personal proclivities. We might come up with a Myers-Briggs Personality Indicator for Buddhists. Or we might save the time and trouble and spend more time in quiet reflection and seeing what good we can do in the world.

Anyway. Here they are:

Understanding and accepting where we’re at on these continuums might lead to self-understanding, less Buddhist internet vitriol, and more cultivating verification. Maybe a bit more love and understanding in the world too.

September 11, 2017
What is the True Buddhadharma? Reflections on the Transmission to China
Next Post 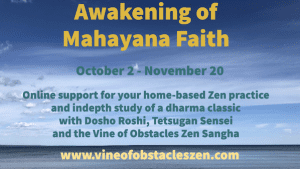