It’s human nature to generalize, to assume.  And, doing so isn’t always a bad thing.  You can likely assume that walking down dark alleys in dangerous places at night alone isn’t going to be the best idea you’ve had.  But, when we start to generalize about populations, religious or otherwise, then we start to find ourselves making decisions based on expectations rather than reality.

I Slay Dragons (on the Internet)

I play video games, especially World of Warcraft.  I’ve been playing it for years and one of the conversations that often comes up about it, and games like it, is the idea of class homogeneity.  In this case, “class” refers to the occupation of your character (i.e. is it a Warrior, Mage, Priest, Hunter, etc.) and not its socioeconomic status.  When you play a game with at least some element of team play and teamwork, it’s important that members of the team have different roles to fulfill.  Some people feel, though I’m not necessarily one of them, that the various classes in World of Warcraft have become to homogeneous–playing one of them feels basically like playing any of the others; that each of them can perform the same role as any of the others.

In a video game, this isn’t an earth-shatteringly difficult problem to solve:  the game developers can tweak these settings, alter those abilities, and maybe even complete invent others.  In the end, though, the goal is to try and make each class of the game different and to make that difference matter so that part of the fun is meshing the abilities and capabilities of them together as you build your team and slay Internet dragons.

In World of Warcraft, the idea of class homogeneity seemed like a good thing.  People who played a Rogue wanted to be able to do some of the things that a Hunter does so that their class was more versatile.  But, in turn, the Hunters were angry because now they were less unique and someone might choose to not to bring a Hunter because Rogues (for example) now had the same or similar capabilities.  The act of homogenizing the difference classes in the game, while initially positive, resulted in a situation where players felt that their class was no longer important or that there was no reason for a team to bring them along if they didn’t offer something important to the team.

In a game, homogeneity is unfortunate but not really damaging — except perhaps to the developer’s income.  In a real population of actual people, though, it has the effect of ignoring or erasing the differences that make up who we are.  Reducing everyone to a common denominator is never appropriate, rarely accurate, and usually insulting.

We all stereotype.  What is a stereotype, after all, than an attempt to homogenize a group of people underneath a label.  This is not to say that labels are always bad–they organize our life and they help us to move with some confidence within society.  But, we can’t let them run our lives so much so as to assume that they generally apply to all persons.

If you listen to the wider Pagan online conversation, you probably know that the idea of Wiccanate privilege is all the rage right now.  It’s an important topic.  First, it’s important to understand that Wiccanate does not mean Wiccan.  It’s a term meant to indicate a liturgical or ceremonial style compatible with Wicca but you can find this style in religions that aren’t Wiccan.  These styles include circle castings, calling quarters, and other familiar components to a ritual and while a Wiccanate structure is very common in the community, it’s not the only way to organize a Pagan ceremony nor should it be.

But, because of how common it is–because of how accessible information on Wicca is–it is a default setting at some pan-Pagan events.  When working with the Champaign-Urbana, Illinois Pagan community in starting a twice yearly public ritual group, the first two rituals we did were specifically advertised as Wiccanate so that others would know what to expect.  But, from there we moved on and developed a ritual in the style of a Hellenic reconstruction tradition and, I believe that after I moved away from Illinois, they also asked the local CU ADF protogrove to share their experience with the rest of the community.  But, I digress.

For a long time, a Pagan ritual was thought to be synonymous with a Wiccanate ritual but that is unfair to those people–myself included–who do not celebrate in that way.  Similarly, the Wiccanate holidays (aka the Wheel of the Year) are often assumed to be the holidays for all Paganism but that’s also easily disproved with a few Google searches.

In short:  the stereotypes that we even apply to our own community create the illusion of homogeneity where there is none.

Even within a largely homogenous population–cisgender white males for example–if you dig a little deeper you’re likely to find differences.  They might be superficial differences (what sports teams they prefer) or they could be deeper, more fundamental differences (maybe some of them are Muslims or Pagans or whatever).  Regardless, to simply assume homogeneity means you’re going to insult someone eventually.

In an Interfaith setting, these assumptions can be very dangerous considering how deeply our faiths effect us.  Simply assuming that all Pagans are Wiccans is easier–especially if the assumption is made by someone ignorant of our diversity and nuance–but that doesn’t make right.  It’s no more right than assuming all Christians are Catholic, for example.  Regardless of the assumption made, the insult felt by those who stand outside it is real, deep, and difficult to forgive.  Dismissing or ignoring that harm–by assuming the insulted is overly sensitive, narcissistic, etc.–dismisses the individual as well only deepening the divide created simply by our assumption of homogeneity.

The ease of making a decision based on our own assumptions is likely why we do so.  It’s much, much harder to actually speak to someone else, learn about their needs and how they’re different from your own, and then react according to that reality.

But that’s what living in a diverse world requires of us.

P.S. – If you’re interested in more information about the Religious Leadership Diversity Workshop at Hartford Seminary (which I wrote about here), feel free to track me down.  I had a wonderful experience last year and would love to help others enjoy it as well.  The featured image for this post (which appears on the main Wild Garden page as well as in the feed) is a word cloud produced by the 2012 workshop and was used with permission. 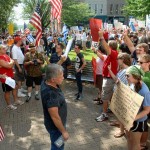 February 27, 2014 Approaching the Season of Balance
Recent Comments
0 | Leave a Comment
Browse Our Archives
get the latest from
Pagan
Sign up for our newsletter
POPULAR AT PATHEOS Pagan
1

Creating Spirit Ally Relationships With Your...
3 Pagans and a Cat
Related posts from Wild Garden 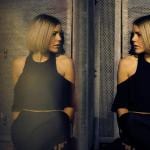