The Value of Sacred Language

I’ve been married now for almost a year, and my wife and I have been together for nearly three. During that time I’ve gotten to know the local Jewish community fairly well, and (being the Rabbi’s son-in-law) I’ve gotten a unique kind of “behind the scenes” look at how Synagogues and the general community function. One of the biggest internal cultural movements I’ve noticed in modern Judaism is this drive to reclaim Hebrew as a sacred language and encourage everyone in the community to learn it. This is easier said than done (Hebrew is HARD), but among religiously practicing Jews it seems to be becoming more and more common. I believe there’s a LOT that the we Heathens could learn from the Jewish community, but if I had to pick a starting place it would be that idea of sacred language.

So Why is Reclaiming a Language So Important?

Let me state right from the get go: I am not in favor of some kind of “unified/homogenized” Heathenry. Differences and disagreements are not only part of human nature, they’re what makes a community strong. Any group that does not question itself is going to stagnate. What I (and many others like me) want, is to strengthen the bonds between our many organizations. To facilitate the ability and WILLINGNESS to band together when there’s a common cause, and a greater sense of shared community DESPITE our disagreements.

There are three common bonds that bind communities together.

For better or worse, that’s probably never going to happen. We Heathens are a wide spread and disparate community, and we always have been. Some of us follow Icelandic myths, others follow Germanic lore, or Saxon Heathenry. We don’t have any kind of shared land to claim, and even if we did most of us are happy right where we are. So what does that leave us?

Right now, this is 90% of what keeps us together. Regardless of what type of Heathenry you practice, one cannot deny that our history has been bound together since the revival. Remaining sources of Lore are limited, and so we often pull off of the same texts and archaeological discoveries in order to rebuild our traditions. However, while this shared bond has allowed us to organize and communicate to a certain degree, we’re often left focusing on our differences ( like the role of Loki in modern practice) rather than our common interests (like the fight for Chaplaincy, constructing Hofs, or protecting our religious freedoms). Which brings us to:

This is simultaneously the most effective, and the most difficult way to bring together a community. To make matters even more complicated, while the majority of the Lore is recorded in old-Icelandic, those who follow Anglo-Saxon Heathenry have to deal with some old-English and/or German variants. To top it off, many of us simply don’t have the time or resources to learn a new language (much less one as notoriously difficult as Old Norse/Icelandic). So why should our community take on such a complicated and difficult task?

Right now we are limited to a handful of trustworthy translations. Those among us who want to investigate and debate the Lore are generally forced to do so in a kind of second hand way, through someone else’s interpretation of the myths.

One log takes fire from another
until it is consumed.
A spark is kindled by another spark
One man gains wisdom by speaking to another
and foolishness is born of silence
–Hávamál: Stanza 57

Communities are strengthened by having a variety of voices and interpretations. If we want to grow and embrace the depth of meaning behind the old legends, we need to promote a culture that encourages individuals to read and interpret those stories for themselves. I believe it’s time we started teaching the next generation of Heathens to define themselves, and move beyond letting others interpret our Lore for us. 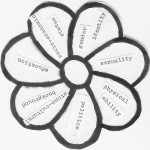 April 16, 2014 My Perspective on “Wiccanate Privilege”
Recent Comments
0 | Leave a Comment
"I do not know how I have not seen this article before. Wonderful to read ..."
Donna Donovan Interfaith in Prison
"David - I am not totally sure if you are the same David who said ..."
T B Interfaith as a Pagan: Assumptions
"Wow - powerful story, Sage. Thank you."
Holli Emore Blood Feud
"On the subject of cutting things out of one's life without understanding how they are ..."
Sage Blackthorn Blood Feud
Browse Our Archives
Related posts from Wild Garden