I think most of us start out in our interfaith work with the expectation that our work will proceed smoothly and that we will find tolerance and acceptance in our relations with those of other faiths.  And for the most part that is probably the case.  At least those with whom we work are willing to respect those of other faiths than their own, and even offer their cooperation and support in projects that are aimed at improving their communities.

But sometimes our best intentions go awry and we find ourselves in confrontational situations where the concept of interfaith and respect for the religious rights of others breaks down.  What one decides to do in that situation may have a lasting impact and needs to be approached thoughtfully and as calmly as possible.

Such a situation has arisen in my own life and the life of my husband.  As I have mentioned in the past, Blake and I have been members of our local interfaith group here in Huntsville for several years.  In 2012, as a result of a legal case in Georgia, the City of Huntsville requested that the Interfaith Mission Service maintain a roster of faith leaders from across the community to give invocations prior to the beginning of meetings of the City Council.  It was understood then, or should have been understood, that such a roster would include faith groups other than Christians or even other Abrahamic faiths in order to be in accord with the ruling of the 11th Circuit Court of Appeals in Pelphrey v Cobb County, GA.

In January of this year my husband (he was listed at that time as a representative of the earth based religious community) gave the invocation before the City Council saying: “O gentle Goddess and loving God, we pray tonight that You will bless this Council with wisdom and judgment so that they may make sound decisions for the governance of our city. And further, we pray that You will visit upon these chambers an atmosphere of comity and peace, so that all who are here tonight to make their views known may do so in an air of civility and respect, without needless rancor or hostility. These things we ask of You as children do of their loving parents, trusting that You will give unto us those gifts that we truly need. Amen.”  There were no repercussions as a result of this appearance and we were pleased that all had gone so well.

On June 26th he was again scheduled to give the invocation.  He was contacted by the secretary for the City Council to get the information to fill out the agenda.  And of course he indicated at that time that he was a priest of the Oak, Ash, and Thorn Tradition of Wicca.  The next day he was contacted and told that his services were no longer desired and he was told it was because there were “concerns” about his religion.  And at that point the City of Huntsville had crossed the line into religious discrimination which is not permitted under the Constitution or under case determinations by both the U.S. Supreme Court and the 11th Circuit Court of Appeals which covers Alabama.  Unfortunately for the City of Huntsville, a reporter got wind of the situation and the story was broken by our local news service, picked up by the Associated Press newsfeed and it went viral.

We were subsequently contacted by both Lady Liberty League and the Americans United for the Separation of Church and State offering their support in fighting what they considered a clear-cut case of religious discrimination.

So at this point we had some serious thinking to do about how we wanted to proceed.  While we are definitely not in the broom closet, (I’m not even certain that the broom closet survived the explosion of the news media frenzy!), we are generally private about our beliefs and practices.   It had never been our intention for our beliefs to become a divisive issue in our community.  My husband’s delivery of the invocation was simply to help take part in the business of the governance of the city and to represent one of the many groups of individuals here in Huntsville.  And to be truthful, the idea of going through the confrontational business of forcing the City to abide by the law, whether through negotiation or legal action was not something we wished to do.

At some point one needs to decide whether or not something is worth fighting for and whether you can afford the consequences of that fight.  As Martin Luther said in his famous speech; “I cannot and will not recant anything for to go against conscience is neither right nor safe. Here I stand; I can do no other…”  My husband and I decided that this was a battle worth waging and that, like Luther, we could not back down and go against our own conscience in this case.

On May 16th here in Wild Garden I wrote about how a threat to one group or one person constitutes a threat to us all. In that piece I quoted Martin Niemoller when he wrote during the dark days of Nazi Germany:

“When the Nazis came for the communists,
I did not speak out;
As I was not a communist.

When they came for the Jews,
I did not speak out;
As I was not a Jew.

When they came for me,
there was no one left to speak out.

How ironic that a mere month later we were faced with Niemoller’s dilemma. My husband and I looked in our hearts and we decided that we were prepared to speak out and called upon by our Gods to speak out, not just for ourselves, but to preserve the Constitutional rights of all Americans.  As the poet, John Donne, wrote, “Ask not for whom the bell tolls, it tolls for thee.”

We don’t know where our stance will take us.  We hope that we can resolve this amicably with the City of Huntsville.  If we must we will engage in litigation to assure our legal rights to religious freedom under the 1st and 14th Amendment of the Constitution.  What we do know is that we are in this fight now and we will not give up until it is over.  Our Gods will accept no less.

What I hope is that my recounting of our story will help those considering entering  the interfaith world to understand is that it is not always uplifting, accepting, or fun.  Sometimes it is hard emotionally and spiritually.  So I suggest that each of you search your hearts and talk to your Gods about what you are going to do and where you will take your stand…because you can do no other. 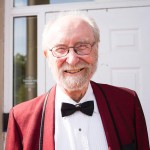 July 19, 2014 Journey to Ithaca: Remembering Dr. Hal French
Recent Comments
0 | Leave a Comment
Browse Our Archives
get the latest from
Pagan
Sign up for our newsletter
POPULAR AT PATHEOS Pagan
1

Witchcraft For The February Full Moon And The...
I'm clearing and cleansing for the hungry month and for the full...

Welcome to the Time of the Ascending Star
Sometimes we look for signs and sometimes they look for us. Oftentimes...
view all Pagan blogs
What Are Your Thoughts?leave a comment
Copyright 2008-2020, Patheos. All rights reserved.