It appears that the controversial move by Canadian Public Safety Minister Vic Toews to retract a paid position for a Wiccan prison chaplain was merely a harbinger of much bigger things. The CBC reports that Toews, who oversees Canada’s penitentiaries, has eliminated all paid part-time chaplain services, effectively making government prison chaplaincy a Christian-only affair.

“Inmates of other faiths, such as Muslims, Sikhs, Buddhists and Jews, will be expected to turn to Christian prison chaplains for religious counsel and guidance, according to the office of Public Safety Minister Vic Toews, who is also responsible for Canada’s penitentiaries. […] Toews’ office says that as a result of the review, the part-time non-Christian chaplains will be let go and the remaining full-time chaplains in prisons will now provide interfaith services and counselling to all inmates.”

Toews’ office said in a statement to the CBC that “[Christian] chaplains employed by Corrections Canada must provide services to inmates of all faiths.” This lead one Sikh chaplain to ask the obvious question: “How can a Christian chaplain provide spirituality to the Sikh faith, because they don’t have that expertise.”

Wiccan chaplain Kate Hansen, speaking with the National Post, said she was disturbed by this turn of events.

“I’m disturbed that the government believes that all these minority faith people can be dealt with by Christian chaplains, I don’t know where they’ll get all the minority faith volunteers from. I don’t know how they’ll make that work. I can’t think of why they would think this is a good way to treat people.”

So from this point forth, all non-Christian chaplaincy services to federal prisons must either be provided by volunteers, or the prisoners: Wiccan prisoners, Pagan prisoners, Buddhist prisoners, First Nations prisoners, must all turn to the full-time (Christian) chaplains for spiritual guidance and resources. Luckily all Christian chaplains are heavily trained in dealing with the spiritual needs of religious minorities, right? I mean, it seems inconceivable that this would be an invitation for some to abuse their power, to push for jailhouse conversions in exchange for proper treatment.

Frankly, I’m still reeling from this announcement. I wasn’t overly surprised when Toews decided to engage in a little discriminatory Witch-kicking, our community has weathered those slings and arrows for years, but this is something far more audacious. Toews and his office are essentially doubling down, saying that a full-time Christian chaplaincy is enough to handle all faiths, no matter what their history or relationship with Christianity might be. It’s stunning. Whether he’ll be allowed to get away with it is, I suppose, up to the Harper administration and Canadian voters. I’ll update on this story as it continues to develop.

October 4, 2012
Being a Religious Minority (in Public Schools)
Next Post 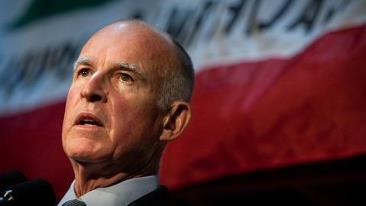