So-called* Christian zealots regularly mail propaganda to my witchcraft shop, The Sojourner Whole Earth Provisions. I’ve received at least one or two of these letters a year from all over the country. Sometimes they include “tracts,” or daily devotionals like the kind that littered my childhood home. The especially hilarious and tragic variety are “chick tracts.” Whoever writes that garbage needs to have their head examined. I really wish they’d stop wasting their time and resources. I’m a lost cause, folks. Jesus and I made our peace a long time ago, but I don’t think what evangelicals are doing has anything to do with Jesus. I was raised Christian. I read their bible, and I chose Witchcraft instead.

*I say “so-called” because legit Christians (the decent, Jesus-knowing, good-Samaritan, love-thy-neighbor kind) would never do this kind of counter-productive thing. I’m here to live and let live, y’all. But these jerks injected themselves into my temple, and now I get to have my say about how that makes me feel.

Today’s form letter came from Pensacola, Florida. I’m only guessing it came from a man based on the handwriting, and that makes it funnier. The letter began “Dear Sir or Madam” and then included a page of cherry-picked bible scriptures, taken entirely out of context, as a defense for why I should “repent for my sins and accept the true living Lord God Jesus Christ as your one and only savior.” I’m here to report that this tactic was woefully ineffective.

Not that I reply to these letters, because you can’t argue with people suffering from Stockholm syndrome. They have to be mentally ill to think this form of “witnessing” would ever work on someone so devoted to their own religion that they’d open a religious bookstore to propagate their own message.

Today’s coward didn’t give their name or a return address, which speaks volumes about their lack of personal accountability. Sending an anonymous letter is especially weak tea, if they assume I’m under the grips of Satan’s influence, or other such nonsense. Do you think Satan trembles at the sight of your form-letter?

I can assure my reading public that “Satan” had nothing to do with my spiritual choices. The “Evangelical Christian witness” was more than effective enough to turn me to the Goddess, without any extra help. Y’all ever notice how many Evangelical preachers are convicted of sex-trafficking, pedophilia, rape and other heinous crimes? The proof is in the pudding, y’all. The pudding they’re serving is so very rotten.

I wish I could say this directly to all the pitiable Christians who’ve mailed me this garbage in the past. My open reply is thus:

Dear Intrusive Christian from Pensacola,
I received your anonymous letter today and it failed to convert me. You should know that I was raised in the Christian church by a zealot just like yourself. Without my consent, I was christened in the Methodist church. When I was eight years old, I was terrified that I’d be abandoned by mother in the rapture, so I “gave my heart to Jesus” and chose to be immersion baptized in our Southern Baptist church. At eleven I was coerced again to be immersion baptized in the swimming pool of the non-denominational, evangelical cult to which she’d fallen prey, you know, just in case the first two attempts didn’t take.

Turns out that no matter how you bullies try to scare little children into compliance, you can’t wash the witchcraft out of natural-born witch.

By sixteen I rage-quit Christianity all together. I rejected it by choice the very moment my brain matured enough to realize what those scriptures actually meant, and how much harm they were doing to good folks like yourself. Into the wilderness I journeyed to find the divine truth, and the God/dess of Nature found me, and helped me take responsibility for my own life and healing. Since then I’ve dedicated my spiritual service to making wholesome, ethical alternatives like paganism and witchcraft easily found by the conscientious folks who’ve seen through the evangelical propaganda, and seek the love of divinity for themselves.

Yes, I’ve read your bible, cover to cover, in several translations. I went on to study the scriptures in depth in college…historically, contextually, comparatively. Your “good news” is an extortion racket: comply or “god” will hurt you for eternity. There is nothing “good” about it. It took a decade of therapy to undo the damage done to my childhood and psyche by that abusive message. Reading the bible is precisely why I rejected it. I find the whole “Yahweh versus Satan” battlefield paradigm to be appalling, morally bankrupt, malignant, and traumatizing to all who share it. This intrusive evangelism you attempted to foist on me today, is a form of spiritual violence. Please stop.
Hugs,
~Heron, Witch

About Heron Michelle
Heron Michelle is a witch, high priestess in The Sojourner Tradition of Modern Witchcraft, mom, artist and shopkeeper living in Greenville, North Carolina. Connect with her on Facebook: Witch on Fire, and follow her on Twitter @HeronMichelle13. You can read more about the author here.
Previous Post 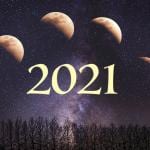 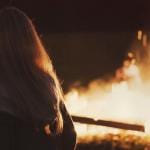 December 18, 2020 Escaping Forward into 2021 with Hermetic Magick
Recent Comments
0 | Leave a Comment
"Very interesting blogs. As a pagan, I was aware that Hypatia was killed over politics ..."
Jade Meeker Religious Discourse: Invasive Orthodoxy or Abrahamic ..."
"I just wanted to say thank you. Keep writing, keep inspiring. Your words shed too ..."
Freyja Lubricant or Glue? Mature Idealism for ..."
"I absolutely LOVE this pasta salad! A friend shared the recipe on Facebook about a ..."
Rickie Bansbach Witchin’ in the Kitchen: Dill Pickle ..."
"Yes, I believe you. So many misleading things have been told against all peoples. All ..."
Carmìne Dalle Religious Discourse: Invasive Orthodoxy or Abrahamic ..."
Browse Our Archives
get the latest from
Witch on Fire
Sign up for our newsletter
POPULAR AT PATHEOS Pagan
1

5 Ways to Get Off of...
John Beckett
Related posts from Witch on Fire