“With the Atheists in Foxholes” is meant to be a candid look at the role that faith and religion play inside the U.S. military. Rather than the stereotypes that are so often seen, this blog will examine the real struggles that so many service members undergo as they reconcile their spiritual lives with their work.

The author of this blog is himself an on-again, off-again angry staff officer, who made the odd jump from enlisted infantry to engineer officer and is now meandering the warrens of Army doctrine, one dog-eared page at a time. Most often focused on historical events, national security, and occasional rants on Army doctrine. He can be found being cynical and jaded at the Twitter handle @pptsapper and writing at Point of Decision, as well as on Facebook. He is a proud member of the Military Writers Guild, winning the Military Writer’s Guild award for most active member in 2015. His other key accomplishments include convincing his beautiful wife to marry him and having once live-tweeted the entire Star Wars saga.

Publications that have mistakenly allowed the author to write for them include:

The Duffel Blog (I KNOW, RIGHT?)

Additionally, some publications accidentally hit the “repost” button instead of “delete.” Such as Politico, Real Clear Defense, Small Wars Journal, and Foreign Policy.

You can hear the author’s terrible tones on this podcast, hosted by the Military Writer’s Guild: On the (mis)Use of History

If you really like that for some reason, you may want to check out War Stories Podcast, where the author is a co-host.

Needless to say, the contents of this blog do not reflect or represent the opinions of the U.S. Army or the Department of Defense.

You can reach the author via email at angrystaffofficer@gmail.com

Related posts from With the Atheists in the Foxholes 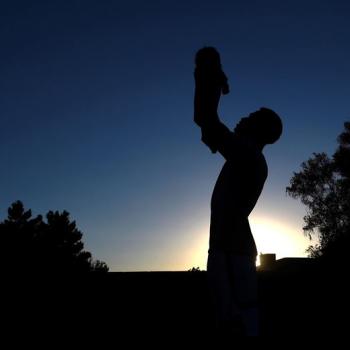 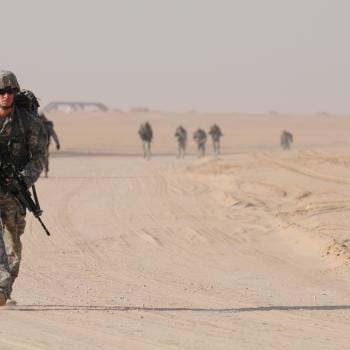 Catholic
Breaking Differences by Breaking Bread
With the Atheists in the Foxholes
Copyright 2008-2020, Patheos. All rights reserved.