Our Bears lost because of a disputed play. Actually, our Bears lose for several reasons.

Confusion about rules abounds in professional football, particularly regarding a completed pass or an interception. The rules in these matters are deliberately vague because they were written to accommodate our society’s addiction to video technology. The ability to project a prior play on an in-stadium screen and even on fans’ mobile devices has led to an essential loss of meaning about a sports event. Like other media technologies the video conditions the environment. Video so dominates sports today that there was paralyzing consternation in the fourth inning of the first game of the World Series. Could there even be a baseball game if the camera feed is lost to TV viewers and more crucially lost to the official replay office in Manhattan’s Chelsea Market?

Plato, an original member of the Philosophers Hall of Fame, taught that for the majority of people surface appearance wrongly trumps reality. Thus even though it is colored dots on a cathode tube or nowadays high definition resolution on a plasma display or the like, most people presume that the projection is reality, or (worse yet) that it is better than reality. People even believe in reality TV shows, as if it is possible not to be an actor in front of a camera. Fans sometimes say “I was at that game” to mean “I saw the game on TV.”

Your blogger will lose this argument. Since the early 1970s video storage hardware has been widely available. And today no fan believes that game decisions based on instant replay are less accurate than the fallible judgment of an umpire or referee. The evolution of video storage and replay inevitably led sports leagues to give up on the professional judgment of their umpires and to institutionalize what fans see on the stadium screen or on their devices. It does your blogger no good to explain that pictures, even from multiple camera angles, cannot capture three-dimensional real life. Nor to explain that official reviews are boring. If a specific replay only adds to confusion, every sportscaster, speaking in standard sports’ clichés, says “The technology has to be tweaked during the off-season.” No one says “Do away with challenge flags.”

What happens when reviewable replay beats real-time officiating? The cultural preference for mediated images over direct experience is reinforced. Conversation is defeated by the superficiality of social media platforms. Walking down the hall to communicate with a work colleague gives way to streams of disjointed email.

The triumph of reviewable replay is a victory for the pseudo-literal over the nuanced and ambiguous. The unfolding of a spouse’s mystery gives way to partial-attention predictability in marriage. Enchantment, wonder and story-telling take big lumps.

Christianity is premised on God directly embracing the material world. The Incarnation does not come by way of satellites and TV. The Incarnation says that a sacramental squint on things reveals layers of embedded meaning. The Incarnation is about touching and seeing and hearing nature. It is about being in contact with fabricated objects and especially with people, physically face-to-face.

Technology is potentially harmonious with God’s creation and God’s Incarnation. Technology in itself, however, can never provide meaning. It is inadequate for the contour, shades, hues, and gestures of real subtle life. Technology is good to a degree. But all technology by its nature individuates. Contrary to the impression of most sports fans, the extreme use of media pulls community apart—the workplace, family and neighborhood communities where differences of opinion are brokered through conversation about one’s favorite team and about one’s significant relationships. Reviewable replay is bad for football, grievous for baseball and a symptom of our unplugged, alienating society. 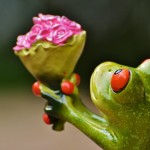 November 1, 2015 Gifts that keep moving
Recent Comments
0 | Leave a Comment
"Bill-I observe that subsidiarity/localism is actually a big issue. Some of the alienation that is ..."
Chicagoan Localism
"l think that this commentary by Bill Droel offers a perspective that can help the ..."
Chicagoan Turning To Politics
"Droel commits the sin of lying to the innocent and unable to defend themselves. He ..."
I Love Libertarians Strikes
"I propose that the best way to help working class people in the US is ..."
bill wald Extreme Capitalism
Browse Our Archives
get the latest updates from
The Working Catholic
and the Patheos
Best of Patheos
Channel
POPULAR AT PATHEOS Faith and Work
1