NRA Is a Front

According to a popular opinion, the National Rifle Association is the primary obstacle to gun safety. Progress is impossible because of NRA’s intransigent extremism, this opinion says. Even President Barack Obama, speaking in the wake of the Umpqua Community College massacre, implicitly endorsed this opinion of the NRA. He asked responsible gun owners to question the organization.

The Industrial Areas Foundation is not buying this popular analysis. The NRA is merely a front for gun manufacturers, says IAF, a 75-year old network of community organizations. The real obstacle is about seven major companies that carelessly market unsafe consumer products. Their corporate behavior contributes to violence on city streets and in schools.

Thus, early on a brisk October morning about 150 leaders made their way by el train, car and bus to Chicago’s McCormick Convention Center. They arrived holding steaming cups of coffee. They represented churches, synagogues, a mosque and civic institutions affiliated with IAF’s Chicago chapter, United Power for Action and Justice. They stood in a plaza, just outside the hall where the International Association of Chiefs of Police was meeting.
IAF’s strategy is to leverage the purchasing power of the military plus federal and local police forces. About 40% of gun sales are to these public entities. The police, in the IAF strategy, will sign purchasing orders under two conditions.

Condition #1.) Only when a manufacturer improves product safety. It is possible to micro-stamp each gun and each bullet so that in the event of a crime, police can easily trace the weapon. It is also possible to put a recognition chip into a gun so that only its owners can fire the gun. This is similar to a recognition chip used in some autos.

Condition #2.) Only when a manufacturer ends its sales to irresponsible gun shops. Greg Pierce, a longtime IAF leader, told the McCormick Place rally that a preponderance of weapons recovered at Chicago crime scenes are traced to Chuck’s Gun Shop in Riverdale, Illinois.

Over 75 police chiefs and public officials from around the country are on board with this corporate responsibility campaign. A handful joined the rally at McCormick Place, encouraging citizens to continue the pressure. Jersey City, New Jersey, looking to spend about $400,000 on police guns, actually used similar conditions. They received two bids and awarded a contract.

The United Power leaders got to specifics: Gun manufacturers had displays inside the convention hall. Using enlarged photos on sturdy poster board, the rally leaders called out the executives of four companies: Smith & Wesson, Glock, Beretta and Sig Sauer. Those four, it turns out, made many of the guns used in crimes around Chicago.
IAF wants to collaborate with those companies on safety. To get the companies’ attention, IAF wants the support of police departments and of the biggest gun purchaser in our country, Commander-in-Chief Barack Obama.

It is easy to say, “Oh, it won’t work.” That’s the slogan for the apathetic. The IAF leaders in Chicago, Baltimore, Milwaukee, New York, District of Columbia and elsewhere have a different attitude. “We begin in the world as it really is,” they will say. “We admit our imperfections and those of others. But we fight for improvement, for the world as it could be.” For more information on the safe gun campaign contact IAF (1226 Vermont Ave. NW, Washington, DC 20005; www.donotstandidlyby.org).

More on this topic in a future Working Catholic column. 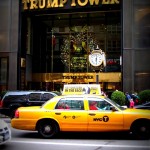 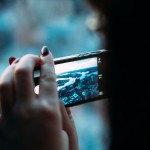 October 30, 2015 No Challenge Flags
Recent Comments
0 | Leave a Comment
Browse Our Archives
get the latest updates from
The Working Catholic
and the Patheos
Best of Patheos
Channel
POPULAR AT PATHEOS Faith and Work
1

Are There Two Kinds of Grace?
(re)integrate
Related posts from The Working Catholic