The recent terrorist acts in San Bernardino and Paris increased the attention on Muslims in this country. Presidential candidates called for limits on Muslim immigration. Donald Trump even suggested that the United States should close down some mosques.

Hate crimes are also on the rise. Two California youths beat up a Sikh man because they thought he was a Muslim. And assailants vandalized two California mosques.

Learning about Islam and its basic beliefs might go a long way in combatting this climate of intolerance.

You can do that by considering two terrific online courses. Both are free.   In the first course called “The Big Picture: Understanding Islam,” Dr. Chris Hewer offers twelve videos, about 20 minutes each, in which he discusses a different aspect of Islam. You can download a pdf reading for each video.

Dr.Hewer has worked in Muslim-Christian relations since 1986. From 2006-2010, he was the St Ethelburga Fellow in Christian-Muslim Relations in London.  He is also the author of the book, Understanding Islam: The First Ten Steps, published in 2006.

The videos are excellent and offer a terrific overview of Islam.  You can see the first lecture below.

The second free course introduces us to the Muslim holy book, the Qu’ran. It examines “the content and structure of the Quran, its meaning to Muslims, its relationship with the Bible.”

EdX offered the course last fall. Although it ended in December, you can still view the archived course and access most of the readings. You do have to create an account, which you can do through Google or through your email. 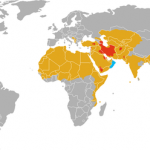 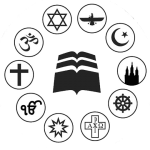 January 20, 2016 A New Approach to Teaching Religion
Recent Comments
0 | Leave a Comment
Browse Our Archives
get the latest from
Best of Patheos
Sign up for our newsletter
Related posts from World Religions

Are You Mastering the 7 Core Values of...
You’ve probably heard the old dictum from Socrates that “an unexamined life...
view all Interfaith blogs
What Are Your Thoughts?leave a comment
Copyright 2008-2021, Patheos. All rights reserved.