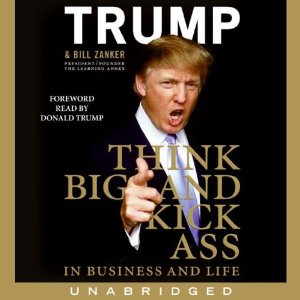 When Pope Francis arrived in Washington, D.C., last week, the level of civil discourse in the U.S. was reaching an egregious new low.

At the forefront of today’s bash-your-enemies-and-while-you’re-at-it-dis-your-friends communication style — of course — was the vitriol-spewing presidential hopeful Donald Trump.

Francis and Donald — the two men couldn’t be more different. And I’m not talking about their politics or their theology. I’m talking about the way they talk to (and about) their fellow human beings.

Donald on Sen. John McCain: “He’s not a war hero. He’s a war hero because he was captured. I like people who weren’t captured.”

Francis: “We have perfected our weapons, our conscience has fallen asleep, and we have sharpened our ideas to justify ourselves as if it were normal we continue to sow destruction, pain, death. Violence and war lead only to death.”

Francis: “Even if the life of a person has been a disaster, even if it is destroyed by vices, drugs, or anything else—God is in this person’s life. You can, you must try to seek God in every human life.”

Francis: “No one can grow if he does not accept his smallness.”

Francis. “Every man, every woman who has to take up the service of government, must ask themselves two questions: ‘Do I love my people in order to serve them better? Am I humble and do I listen to everybody, to diverse opinions in order to choose the best path?’ If you don’t ask those questions, your governance will not be good.”

Donald on immigrants from Mexico: “Tremendous infectious disease is pouring across the border. The United States has become a dumping ground for Mexico.”

Francis: “There is a need for financial reform along ethical lines that would produce in its turn an economic reform to benefit everyone. This would nevertheless require a courageous change of attitude on the part of political leaders.”

Donald on the Bureau of Labor Statistics: “Bunch of clowns. Bunch of real clowns.” 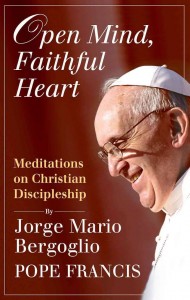 Francis: “Among us, who is above must be in service of the others. This doesn’t mean we have to wash each other’s feet every day, but we must help one another.

Donald on Rick Perry: “He’s doing very poorly in the polls. He put on glasses so people will think he’s smart.”

Are Americans forgetting how to have an actual conversation — publicly, privately, on line? If so, I’m hoping the visiting pope’s gentle, powerful style will refresh some memories.

“Living together is an art,” says the pope. “It’s a patient art, it’s a beautiful art, it’s fascinating.”

I confess. Every now and then I’ll cut loose with a rant. It’s not exactly Trump-worthy vitriol, but it’s a rant. Pope Francis — or more precisely the male dominated Catholic church that he has inherited — was the most recent object of my ire at “I Love Pope Francis — Or Do I?”

A version of this post appeared originally on BarbaraFalconerNewhall.com, where Barbara writes about the view from the second half of life. Her book, “Wrestling with God: Stories of Doubt and Faith,” was published earlier this year by Patheos Press. 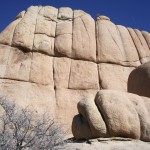 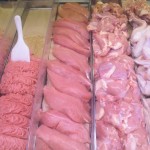 October 6, 2015 I'm a Carnivore and I'm OK With That . . . I Think
Recent Comments
0 | Leave a Comment
"The Religions of Man / The World's Religions (I have both editions!) is essential reading. ..."
Tom Swiss Huston Smith — A Spiritual Companion ..."
"I have the book "The World's Religions", which I read in tandem with Alan Watt's ..."
Zenmyme Huston Smith — A Spiritual Companion ..."
"I love the prayer you wrote and the story behind it. Most of the words ..."
Michael Childs Can A Christian Say Kaddish for ..."
"So true. I notice that when I'm in a mode where I am able to ..."
Barbara Falconer Newhall I’m Not a Sinner and Neither ..."
Browse Our Archives
get the latest from
New Visions
Sign up for our newsletter
POPULAR AT PATHEOS New Visions
1

New Visions
Punishing the Woman Who Gets an Abortion --...
Wrestling with God
TRENDING AT PATHEOS New Visions