Lately, we in Britain seem to be importing some of the less attractive aspects of American Evangelical Christian culture.

Last month saw the official launch of the British branch of Christians United for Israel (CUFI) thanks to the deep pockets of pastor John Hagee.

Hagee and his organisation claim to be pro Jewish, pro Israel and anti antisemitism. So as a British Jew I ought to be welcoming him with a firm handshake and a warmed teapot.

The ‘About Us’ section of CUFI’s website sets out its stall succinctly.

We will not be a spectator in the surge of anti-Semitism in the UK and Europe but will confront it fervently. We desire peace for all people in the Middle East, showing God’s love to people of all religions, whilst standing firmly by Israel as God’s chosen people with a historical significance, present existence and future purpose in God’s divine plan. Our goal is to inspire Christians to gain a better understanding of Israel, pray for her and defend her, so that united we can say… “Because I am a Christian, I stand with Israel”

The reported rise in antisemitism in Britain is complicated to assess and I will come back to that subject in a future post. I can safely say though that the vast majority of Jews are not about to start packing their suitcases.

Up to now, mass market, multi-channel, televangelists have not really troubled our shores. Hagee, despite his millions of followers and best selling books and videos, is not a name most Christians here will be familiar with (let alone the wider public). Maybe it’s something to do with the weather, but Christians in this country tend to be of the more self-effacing variety and a whole lot less certain about exactly what’s on God’s mind at any given moment of the day.

As for politics and religion, in Britain being out and proud about your religious faith and letting it determine your thinking on foreign policy is not considered either good manners or the electorate asset it seems to be in the United States.

Famously, during the run up to the Iraq War in 2003, Tony Blair’s Director of Communications, Alistair Campbell, interrupted an interview with the Prime Minister to close down a line of questioning about Blair’s religious convictions. “We don’t do God”, Campbell insisted, maintaining our cultural corporate line even though his boss certainly did ‘do God’.

So I wonder how much homework Hagee has done before deciding to set up shop here?

But in the last seventy years or so Christians in Britain with an interest and concern in this area are more likely to have formed their views through supporting such well established charities as Christian Aid and Embrace the Middle East. Theses agencies, which support partner aid programmes across the region, are the dominant influencers of Christian opinion as to where suffering and need exists.

My guess is that Christians in Britain will not be flocking to CUFI’s brand of strident scriptural based politics in which the entire complex dynamics of the Middle East are viewed through the prism of God’s election of the Jewish people some four thousand years ago. According to CUFI’s website, a thousand people showed up to the launch event in central London. My guess is that CUFI’s popularity here may already have peaked.

So why does Hagee seem to attract such favour in Jewish establishment circles both in the United States and Israel itself? Aside from the unshakable support for everything done in the name of the Jewish State there are some other attractions too.

“As I have stressed to my Christian audiences for years: If you take away the Jewish contribution to Christianity, there would be no Christianity. From the patriarchs to the prophets, from Jesus and his family to the men who wrote down the Bible, Jewish people have provided us with the fundamentals of our faith.”

Well, it’s nice to get some acknowledgement that it was Judaism that did all that theological heavy lifting long before Christianity got it Acts together. But I’m not sure this is such a big revelation to most Christians that I know. At least not the ones who have noticed that the ‘Old’ Testament has been tagged on to the front of the ‘New’ for quite a while now.

Perhaps Mr. Hagee’s popularity is because he and his followers insist they are not out to convert us, which is clearly much appreciated.

As a Jew, I really should be flattered by all of the adoration being heaped upon us.

But Hagee’s philosemitism is not for me and nor should it be for any Jew with an eye to Judaism’s long-term future.

‘End times’ scenarios gleaned from the Book of Revelations are not something most Jews in Britain know, or care, much about.  But they should. If you don’t understand the theology behind Christian Evangelical Zionism you will mistake the real intention behind this particular Christian hand shake.

Groups like CUFI want to give Jews every support possible from a political perspective but there’s no place for Judaism (or Jews that want to stay Jewish) at the end of the day. It turns out that we are just theological pawns in Hagee’s end game.

The reason why John Hagee doesn’t need to talk about converting Jews is that there’s no reason to rush these things. The End Times will take care of all that.

According to his reading of scripture, when the Jewish exiles are in-gathered back to the Holy Land, Christ will come again. At that moment either we Jews will finally see the error of our ways, or we will be destroyed. It turns out that my Father’s House does not have many rooms. In fact, it only has one room and Hagee believes he has the key to open it.

From where I’m standing, if the 21st century is to avoid being the ‘End Time’ for all time, every religion needs to re-think or revise its theology of ‘the other’. That may mean some tough theological work for some people. But either we make safe and respected space for each other or we are all heading to hell in a handcart.

So never mind the threat of an Iranian genocide of the Jews through nuclear weapons, it’s the Christian Zionists who are really out to get us. But they do it with love in their hearts and a passion for the State of Israel that many Jews appear to find impossible to resist. Or it could just be that they are happy to take the love, money and political clout while turning a theological blind eye to the end game of End Times.

I’m please to see that so far the British Jewish establishment (religious, communal and even the Zionist lobby groups) appear to have kept silent about CUFI’s arrival here.

My advice to any British Christians reading this is to keep supporting Christian Aid and Embrace the Middle East. And if you want to engage in a more political way, and in particular support Palestinians in their struggle for political, civil and national rights, then take a look at Kairos Britain a group launched in 2013 building a network of churches in response to the call for solidarity from Palestinian Christians. 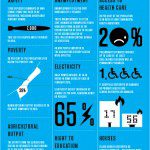 June 26, 2015
The Topsy-Turvy world of the Israel Gaza conflict - First thoughts on the UN's report
Next Post 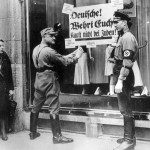 July 7, 2015 What's wrong with this picture?
Recent Comments
0 | Leave a Comment
Browse Our Archives
get the latest updates from
Writing from the Edge
and the Patheos
Best of Patheos
Channel
POPULAR AT PATHEOS Jewish
1