Did the BBC cover up the antisemitism of Gaza’s children?

Did the BBC cover up the antisemitism of Gaza’s children? July 23, 2015 Robert A. H. Cohen

Has a mistranslation in a BBC documentary created an image of innocence where none should exist?

Was the motivation of the broadcaster to avoid diminishing sympathy towards the Palestinians while increasing antipathy towards Israel?

For those that missed the coverage let me bring you up to speed.

According to a report in the Jewish Chronicle, Britain’s oldest and most widely read Jewish newspaper, the BBC substituted the word “Israelis” for “Jews” in its translation of interviews with Palestinian children.

The documentary, Children of the Gaza War, was presented by the BBC’s chief international correspondent Lyse Doucet to mark the first anniversary of the conflict and included extensive and sympathetic interviews by Doucet with both Israeli and Gazan children and their parents.

At one point in the film, a Gazan child says the “yahud” are massacring Palestinians. However the TV subtitles read: “Israel is massacring us”. The Jewish Chronicle pointed out to its readers that the correct translation for “yahud” from Arabic to English is “Jew”.

“We talked to people in Gaza, we talked to translators. When [the children] say ‘Jews’, they mean ‘Israelis’. “We felt it was a better translation of it.”

The Jewish Chronicle appears to be raising two very important issues. Are Palestinian children in Gaza antisemitic and can we trust the BBC to be fair to Israel?

Let me attempt to unscramble the thinking (or lack of thinking) going on here.

With words (and much else) context is everything.

To Jewish ears, mine included, the pejorative use of the word “Jews” conjures up enough historical baggage to fill the reclaim hall at Ben Gurion airport.

Immediately I’m thinking: ‘Christ killers’, ‘blood libels’, ‘pogroms’ and the ‘Protocols of the Elders of Zion’.

If that’s how the children of Gaza think of me, and every other Jew in the world, then doesn’t the BBC have an obligation to tell us? This seems to be what the JC’s article is inferring.

If this is the truth and the children of Gaza are cold hearted, old school, antisemites then they do not deserve the world’s sympathy.

The State of Israel is again entitled to present itself as the victim rather than the villain and as the guardian of Jewish safety against the genocidal intentions of those that seek to harm us.

I’m sure that advocates for the State of Israel would want to update me on my understanding of antisemitism and move me on from its classic Euro-centric brand to its new mutation in the Middle East.

They would no doubt point me to the rhetoric and propaganda of Hamas, its charter, and the views of other more extreme Islamist groups. They would direct me to text books, TV channels, websites and social media to illustrate how widespread is anti-Jewish hatred in the ‘Arab world’. Pogroms and blood libels have been replaced by rockets and terror tunnels.

This was the emotional, political and historical context into which the Jewish Chronicle was happy to pitch its story.

But the speakers, in this case the children of Gaza, have context too. And it’s just as emotional, political and historical.

If the Jewish Chronicle cared to give it a little consideration, it might realise that there are many good reasons why the children interviewed by Doucet would naturally choose the word “yahud” when describing their enemy.

Don’t we call Israel the ‘Jewish State’? Don’t we insist that it is the State not just of its Jewish citizens but of all Jews wherever they may live? Don’t Israeli Prime Minister readily talk as if they represent the interests of the Jewish people around the globe? Don’t our communal leaders throughout the Jewish diaspora act as defenders and apologists whenever Israel faces criticism? The Jewish Chronicle certainly knows that all of this is true. In fact it promotes all of this every week.

So, if you were a Palestinian child in Gaza is it really so unreasonable to think that “Jew” and “Israeli” were interchangeable?

Haven’t we made identification with the State of Israel so central to modern Jewish identity that the Gazan children are only reflecting what we have been saying of ourselves for decades? We are at one with Israel.

I understand that identity politics can be complicated but in accusing the children of antisemitism I think we are trying to have our Jewish nationalist cake and eat it.

But there is plenty more context where this came from.

If you are a child in Gaza then over the last seven years, during three Gaza wars, either you, or a relative, or a friend, are likely to have lost someone close to you, had your home damaged or destroyed, watched your parents lose their business, been forced to move out of your home, had your school or mosque blown-up, had a limb amputated, or been orphaned.

If you want a picture of what it was like to be a child in Gaza last summer I’d recommend Max Blumenthal’s The 51 Day War. Blumenthal entered the Strip during the sporadic ceasefires last August, and in the days following the truce, collecting testimonies from children and adults while the memories and the blood were still fresh. He describes entering the ruins of Eastern Shujaiya after Israeli shelling and bombing from F16s: “I began to sense that I was inside a vast crime scene.”

After reading his account, with its eyewitness stories of random killing, casual brutality and deliberate humiliation of civilians, all at the hands of the ‘the most moral army in the world’, it strikes me that it would be miraculous if the children of Gaza had not developed sweeping and indiscriminate views about Jews.

So perhaps the children of Gaza are antisemitic. If so, we have given them a great many reasons to be so.

But are we Jews, and Jewish Israelis in particular, free of such charges of racism? On the evidence of last summer it’s a categorical ‘No’.

Don’t we (adults and children) also hold sweeping and indiscriminate views about Arabs, and Palestinians in particular.

The quality of the discourse I heard from the Jewish community in Britain last year was far from up-lifting. It echoed the lines being pumped out by Israeli spin doctors on air and online.

They teach their children to hate.

And to prove these points the following summary of Palestinian military strategy was put forward:

It was a propaganda slogan that gave permission for the indiscriminate mayhem unleashed by the Israel Defence Forces from land, sea and air.

The bottom line of all this talk is that the Palestinians are considerably less human than we are.

And in Israel there was far more rabid commentary than this doing the rounds last summer. Not just on Twitter and Facebook (“kill Arab children so there won’t be a next generation”), but from newspaper columnists, academics, Rabbis and all the way up to the Knesset itself. Blumenthal quotes the Deputy Speaker of the Knesset at the time, Moshe Feiglin, who wrote on his Facebook page suggesting mass transfer of Gaza civilians to the Sinai border so that their former homes could be shelled to “exterminate nests of resistance”.

I’m not sure how much Israeli Jewish racism the Jewish Chronicle got around to reporting last summer. If it did, I trust there was no sleight of hand with the translation.

As for trusting the BBC, the corporation gets equally criticised by Palestinian advocates as it does by Zionists. Personally, I think the BBC is not perfect but it gets most things right most if the time. In the grand scheme of things, it is not part of the problem.

To return to Lyse Doucet, her documentary was powerful and she clearly felt for the children on both sides of the divide. But the pictures of devastation in Gaza spoke louder than anything being spoken. It hardly matters how the children choose to label their foes.

What needed no translation in Doucet’s documentary was the trauma still on the faces of Gaza’s children. It’s hard not to think that as time passes the trauma will turn to bitterness and the bitterness to hatred.

What else would you expect?

The upshot of all this is that the Jewish Chronicle has its news priorities seriously skewed along with its ethics.

If the JC really cared about the Jewish future and the safety of the State of Israel it would be calling for Israel to ditch the demonising rhetoric, open the borders to reconstruction in Gaza and start talking to Hamas.

This is not naivety, it is common sense and basic humanity. 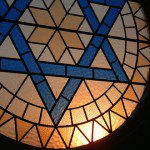 July 14, 2015
Five brilliant things about Judaism (that we sometimes forget)
Next Post 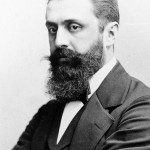 Did God Really Command Genocide?: The...
Everything Old is New Again
Related posts from Writing from the Edge