After the murder of baby Ali, is Zionism beyond redemption?

After the murder of baby Ali, is Zionism beyond redemption? August 10, 2015 Robert A. H. Cohen

Soon I will be heading back to Israel and the West Bank for my fourth trip to the area.

Along with notebooks and pens, I’m packing questions too. The recent deadly arson attack by Jewish Settlers in the village of Duma, near Nablus, has again focused my mind on what Zionism is or isn’t and what the Jewish project of nationalist renewal should mean to me as a British Jew.

Just as the kidnapping and burning of Mohammed Abu Khudeir did last summer, the death by fire of 18 month old Ali Dawabshe has provoked horror and soul-searching by Jewish Israelis. They are asking How has this happened? How could we have stopped it? What are they teaching their children in these Settlements?

But Duma was hardly an isolated incident, as this report from Al Monitor makes clear. And Israel’s track record in finding and prosecuting those that carry out such attacks is far from impressive. The death of a child however put the attack on radar of the international media and so prompted this reaction from Prime Minister Netanyahu, who would normally stay silent on Settler violence:

“I am shocked over this reprehensible and horrific act. This is an act of terrorism in every respect. The State of Israel takes a strong line against terrorism regardless of who the perpetrators are.”

The sentiment has been echoed by Jewish Communities around the world. In Britain, the Jewish Chronicle gave three pages of coverage to the issue of Jewish extremism this week and the Senior Vice President of the Board of Deputies, Richard Verber, had this to say:

“We share in the pain of the Dawabsha family and hope that the perpetrators of this act of terror will be brought to justice as soon as possible.”

On Saturday 8 August Ali’s father Sa’ed died in hospital from his injuries and his mother Riham and older brother Ahmad are still in a critical condition. Meanwhile, there have been a number of arrests of suspects including Meir Ettinger, the grandson of the notorious ultra nationalist Rabbi Meir Kahane. They are being held under ‘administrative detention’ with the same lack of due process and transparency usually reserved for Palestinians.

But was it a random act of Jewish terror, a hate-filled aberration to disown, grieve over, and then move on from? Or was it a direct consequence of the near fifty year Israeli occupation of the West Bank? Has the Jewish State created a political culture that has nurtured the attitude of Ali and Sa’ed’s killers? Indeed has it subsidised the fundamentalist rabbis and yeshivas that taught them their hateful chauvinism.

Or worse still, is Duma the inevitable consequence of the entire Zionist programme of Jewish renewal through ‘return’ and state building? After all, it never was a land without a people for a people without a land, as the old Zionist slogan liked to frame things.

As I pack my questions for Israel I’m asking: Is Zionism in 2015 beyond redemption?

The worst case explanation is summed up well by Shahd Abusalama, a young Palestinian woman blogging from Gaza City. Abusalama is in no doubt that the attack in Duma was just the latest link in a bloody chain that goes back, to the earliest days of the Jewish State:

“This Israeli attack is another crime in the never-ending Nakba the Palestinian people have endured since Zionism’s inception. Ali is another Mohammed Abu Khudeir, who was burnt alive by a group of settlers in Jerusalem on 2 July 2014. He is another Palestinian child falling prey to the Israeli murder machine, as Palestinians commemorate the first anniversary of Israel’s 51-day offensive on Gaza, which it called ‘Operation Protective Edge’, during the summer of 2014. Over 2,200 people were brutally killed, mostly civilians, including 551 children.”

It’s as if from the moment Theodor Herzl woke up in Vienna in 1896 and put pen to paper to write the first pages of Der Judenstaat, Jewish history has been moving inexorably, with home-made fire bombs in hand, towards the village of Duma. It’s as if from day one Zionism was nothing more than a colonialist and racist project dreamt up by European Jews with no respect or understanding for the land we claimed as rightfully ours.

These days I wouldn’t describe myself as a Zionist, not  even of the anti-occupation, anti-Settlers, liberal variety. I finally ran out of excuses for the consequences of Zionism during my last trip to Israel in 2011. I have no wish to counter Shahd Absulama’s catalogue of crimes or find excuses based on the never ending requirements of ‘Jewish security’.

However, I still don’t believe it’s either right or helpful to place Zionism in a box marked ‘Evil’. It may have little to redeem it these days but that does not make it the devil’s work.

Zionism is rather more complicated than that and to dismiss it so easily is to misunderstand the motivation of a great many Jews. It also falls into the trap of demonising the ‘other’ and making the simplest conversation impossible. Sadly, a great many supporters of Israel spend a good deal of time demonising Palestinians and denying them their national claims (along with their civil rights) and claiming that all the Palestinians want it to ‘push the Jews into the sea’ or worse.

Demonising the motivation of either side is surely a political and moral dead end.

Whenever I want to keep my dissident views about Israel and Zionism grounded, I think about my niece and her fiancé whose wedding my family and I will be attending during our stay in Israel.

Rachel and David (I’ve changed their names to give them some privacy) have chosen to get married in Israel although they grew up in Britain and plan to start their married life here. For them the emotional connection to Israel has been strong and positive and core to their Jewish identity. They have both visited many times and Rachel has led youth group tours and been a paramedic volunteer.

Rachel and David are thankful and proud of a country which can claim to have restored the Jewish people to safety and self-confidence after the most awful and murderous period of our history.

They can see the achievements of a nation which has transformed itself in 70 years from an agricultural economy to a powerhouse of hi-tech innovation. A country that leads the world in medical and pharmaceutical research, that produces an almost annual crop of Nobel laureates, and has successfully revived the Hebrew language through a vibrant cultural scene. And all of this has happened through wars and regional hostility towards the tiny, and only, Jewish State in the world.

Unlike me, Rachel and David make the connections from Judaism and they join the historical dots together in a way that makes championing the State of Israel of paramount importance. Through the weekly reading of the Torah and the annual cycle of Jewish festivals, they make the connection between our faith and the Land of Israel and the restoration of a sovereign Jewish state They may have their criticisms and concerns about some aspects of Israeli life or government policy, they would certainly be horrified at the killing of Ali and Sa’ed, but these are nowhere near being the emotional deal-breakers they have become for me.

So even when I agree with the vehement criticism leveled at Israel, it jars with me when it fails to acknowledge, even for one second, the most common Jewish perspective on what Israel and Zionism means.

Since I returned from my last trip to Israel in 2011 I’ve been writing with the aim of opening up the acceptable space for Jewish debate about Zionism and the actions of the State of Israel. Along with a growing number of other Jews, I want to fracture the Jewish consensus on Israel. As I’ve said before, our relationship with the Palestinian people is the greatest challenge facing the Jewish people and Judaism itself. And right now we are making a terrible hash of it. That’s certainly not good for the Palestinians…but it’s not good for the Jews either.

As I prepare for this trip, the deaths of father and son Dawabshe are heavy on my mind. But so too are the children of Gaza who, equally innocent as baby Ali, died through smoke and fire delivered by Jewish hands.

I have no doubt that the road from Herzl’s Vienna has been paved with good intentions. And some of the scenery along the way has been inspiring. That’s what makes opening up the Jewish conversation so difficult. I may empathise with the Zionist thinking of Rachel and David but the cost of the project for the Palestinians has been obscenely high. And to blame them entirely for their own woes is a colossal act of collective denial on the part of Jews worldwide.

Is Zionism in 2015 entirely beyond redemption? Or could it yet re-imagine itself into something more than a modern Sparta. I’ll tell you what I think when I get back.

Meanwhile, tell me your thoughts. 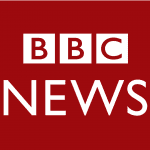 July 23, 2015
Did the BBC cover up the antisemitism of Gaza's children?
Next Post 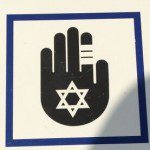 September 6, 2015 This High Holidays I'm Challenging the 'Modern Jewish Sacred'
Recent Comments
0 | Leave a Comment
"I guess you don't remember the holocaust"
Bafoofkit As Israel turns 70 it’s high ..."
""the Jewish Question" lead to the Holocuast"
Bafoofkit As Israel turns 70 it’s high ..."
"Your lies exposed! Again!If you're in the USA, I've made sure HS is aware of ..."
Michel Annexation (even when delayed) is the ..."
"BLOCKED"
Helen4Yemen Annexation (even when delayed) is the ..."
Browse Our Archives
get the latest from
Writing from the Edge
Sign up for our newsletter
POPULAR AT PATHEOS Jewish
1

Jewish
Christian-Jewish dialogue must be more than taking tea...
Writing from the Edge
TRENDING AT PATHEOS Jewish