“Honey, I shrunk the religion!” Who’s in and who’s out according to Zionism?

The space available to be Jewish is shrinking rapidly. Ironically, it’s both pro and anti-Zionist positions that are making Judaism look so minuscule.

Jewish students on Britain’s campuses now feel they have to choose between their Jewish identity and supporting the National Union of Students. The dilemma has been brought to a head by the election of Malia Bouattia as NUS President and her well-reported anti-Zionist opinions.

Our Jewish students can’t work out why their minority rights (when defined in terms of supporting Zionism) aren’t considered valid in the same way as other groups’ desires for self-determination.

Writing in the Jewish Chronicle this week, Noa Gendler, a final-year student at the University of Cambridge explained why she had voted for Cambridge University Student Union to disaffiliate from the NUS.

“I’ve had to ask myself whether the NUS can offer me, as a Jewish student, representation and equality, and I’ve had to ask myself if its support for other minority students is more important than its support for me, as a Jewish student. Essentially, I’ve been forced to choose between two fundamental aspects of my life and values: being Jewish, versus liberation and equal opportunities for all minorities.”

The students are not the only ones feeling their Judaism constrained. It’s doing my head in too. But for the entirely opposite reason.

As Britain’s Chief Rabbi has recently said “Zionism is an axiom of Jewish belief”. I’ve already written to thank Rabbi Mirvis for drawing this perfect straight line between Judaism and Palestinian suffering.

Sadly, the ethical firewall I’d tried to place between Zionism and Judaism has turned out to be a chocolate fire guard.

At least the next time a Jew in London, Paris or Brussels is attacked outside a synagogue (or on a student campus) by someone with a grudge against Israel, it will all make far more sense. And our Jewish communal leadership won’t be able to condemn it as another example of irrational hatred of Jews. After all, if Rabbi Mirvis is right and Zionism is Judaism then all believing Jews must be Zionists. Therefore we must all support the state of Israel. Therefore we can all be held personally accountable for the actions of the Jewish State. Nice one Ephraim. You’ve simultaneously denied my Judaism and made me a terrorist target too.

Actually, I do feel personally accountable for what has happened to the Palestinian people. And that’s why I don’t call myself a Zionist. In fact I’d call myself an anti-Zionist. Israel is my problem by virtue of my birth, heritage and upbringing. I’m singling out Israel for my particular attention and criticism precisely because I am Jewish and because I feel I have some responsibility to try and fix what’s gone wrong.

As I make my case for an Israel/Palestine that respects the rights of all who live in the land (and those expelled from it) I find the Jewish space beneath my feet getting smaller and smaller. What’s considered an acceptable Jewish viewpoint is becoming more tightly defined by the day.

And it’s not just the religiously orthodox who are shrinking my Jewish room for manoeuvre.

A British Liberal movement Rabbi, Elli Sarah, has written on her blog that although criticising Israel does not in itself make you antisemitic being anti-Zionist certainly does.

“To be an anti-Zionist is to deny the experience of the Jewish people as an oppressed and persecuted minority in Europe, which gave rise to the Zionist movement.”

Rabbi Sarah goes on to say that Zionism is:

“…a movement for the self-determination of the Jewish people, in response to virulent anti-Semitism.”

Rabbi Sarah’s Jewish/Zionist theology is rather more nuanced than the Chief Rabbi’s. She’s clearly no fan of the current Israeli government or the Settlements or the Israeli occupation of the West Bank. But she draws a thick red line around the principle of Jewish national self-determination and the “right of return” for Jews. Step over that red line and you’ve moved beyond the pale. You’re antisemitic.

So my Progressive Liberal Jewish home has just been demolished too. Looks like there’s no synagogue in Britain I’d want to pay my subscriptions to.

The thing is, I can agree with the students and the rabbis on what caused the emergence of Zionism. I don’t for a moment, “deny the experience of the Jewish people as an oppressed and persecuted minority in Europe”, far from it. I know what happened. I heard the family stories as a child. I’ve read the history books. That’s not the issue. It’s the solution that Zionism offered that’s the issue…and the problem.

I often wonder if I would have been a Zionist if I’d been alive as a Jew in Eastern Europe a hundred years ago.

In 1916 would I have seen a nationalist revival and a ‘return’ to our cultural, religious and historic homeland as the best route out of discrimination and persecution? Would I have understood it as a natural continuum of Jewish thinking and tradition, or a radical departure? Both positions had currency at the time. Or would I have joined the Russian or Polish branch of the Bund – the General Jewish Workers’ Union – and instead fought for Jewish rights under the banner of Socialism? Or would I have tried to raise the money for a boat sailing to Limerick, Liverpool or London, as my great grandparents chose to, hoping to find safety and security for their children.

It’s an interesting mind game. What decision would I have taken based on the knowledge that would have been available to me at that time?

But it’s not 1916. I’m alive in 2016 and my anti-Zionism is based on the knowledge and understanding available to me today. I’d recommend Jewish students struggling to understand why NUS President  Malia Bouattia has a problem with their “liberation movement” to also consider the information available to all of us in 2016.

The knowledge we have now

Here’s why I take issue with the whole “defending Jewish minority rights to self determination” argument. Here’s why I can’t accept the position put forward by so many left/liberal leaning Jews who want to criticise Israel but refuse to question the ideology/theology that is the root cause of the Israel/Palestine tragedy. Here’s why I find the Jewish space shrinking beneath my feet.

This is the knowledge and information we all have today.

And none of this is an unfortunate consequence of Palestinian intransigence. It’s the inevitable outcome of a project that saw a bad problem but came up with a bad solution.

So I’m an anti-Zionist because I want all this to stop.  And it never will stop until we find a way to move on from Zionism and Jewish ideas of exceptionality and find a way to achieve safety and security for Jews inside and outside of Israel/Palestine that isn’t predicated on denying rights to Palestinians.

Thanks to our rabbis, it now involves not just political progress but Jewish theological progress to be made too. The weaving of Zionism into Judaism needs unstitching.

If Britain’s Jewish students could grasp all of this then the conflict between their Jewish identity and protecting other people’s rights would fall away. Being Jewish and protecting minority rights could all be part of the same thing.

And for me, the space for being Jewish would suddenly look a whole lot bigger.

Finally, a piece of irony. While the rabbis and our communal leaders are busy shrinking the safe and acceptable space for being Jewish, Zionism itself turns out to be exceptionally generous on this score.

So who’s in and who’s out according to Zionism? And just how small can we shrink Judaism? It’s really quite a mess we’ve got ourselves into. 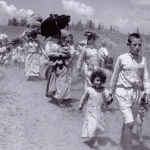 May 15, 2016
Thank you Chief Rabbi. Now I know. Judaism is to blame for the Palestinian Nakba.
Next Post 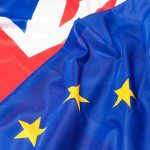 June 19, 2016 As a UK citizen, as a European Jew, as a campaigner for Palestine - I'm voting 'REMAIN'
Recent Comments
0 | Leave a Comment
"Excellent OP, thank you!On the question of Brexit*, we are all suffering, and will continue ..."
David Cromie As a British Jew I’m not ..."
"Your sophomoric personal attacks aside, dealing with the little substance you provide, I can say ..."
Michel Why we need Jewish flavoured BDS ..."
"The point is, however, that the presence of "Arabs" in that territory is relatively recent ..."
Michel Why we need Jewish flavoured BDS ..."
"One hesitates to point out that the "Arabs" were trying to re-take territory that had ..."
Kyllein MacKellerann " Why we need Jewish flavoured BDS ..."
Browse Our Archives
get the latest updates from
Writing from the Edge
and the Patheos
Best of Patheos
Channel
POPULAR AT PATHEOS Jewish
1