You’re probably thinking that Her Majesty’s Government must have just introduced the equivalent of Hitler’s Nuremberg race Laws of 1935. Perhaps it’s worse. Perhaps the round-ups have already begun.

Don’t worry, you haven’t missed a major global news story. Britain remains one of the safest places to live as a Jew on the entire planet. That doesn’t mean there’s no anti-Jewish prejudice here. It’s just that there’s a great deal less of it than some people want you to believe. That’s true for now, but how long will it last?

Thanks to a Jewish communal leadership and a Jewish press which have merged Jewish interests in Britain with the need to defend the interests of the State of Israel, we are set on a path that risks turning fake antisemitism into real antisemitism. What we are witnessing could be an on-coming, self-inflicted tragedy for the Jewish community in Britain. Calling it out now is the best way to stop it happening.

How did we get here?

For those of you who’ve not been following every twist and turn of this saga let me bring you up to speed on the recent developments and the longer term background.

This week’s “existential threat” is just the latest ratcheting up of the rhetoric against the Labour Party leader Jeremy Corbyn over his alleged failure to deal with the alleged epidemic of alleged antisemitism running rife in the party under his leadership – allegedly.

It all began three years ago soon after Corbyn’s election as Labour party leader. What started off as allegations that he was allowing antisemitism to fester in his party unchecked have evolved into direct accusations that Corbyn is himself antisemitic.

I’m yet to see a credible piece of evidence that demonstrates that antisemitism is rife in the Labour Party. That doesn’t mean it’s non-existent but the claim made in the joint editorial that the “stain and shame of antisemitism has coursed through Her Majesty’s Opposition since Jeremy Corbyn became leader in 2015” does not stand up to scrutiny.

It’s impossible to understand the hostility against Corbyn from the Jewish community without acknowledging Corbyn’s long standing support for the Palestinian people and the need for their rights to be respected and international law implemented. Take this fact away and the last three years would have been very different.

This week’s show of Jewish media unity was all about attacking Corbyn for failing to adopt “in full” the International Holocaust Remembrance Alliance definition of antisemitism. This has become the pretext for all-out war against the Labour leader.

I’m not sure exactly when it happened, but the IHRA document has now become the ‘gold standard’ for our Jewish establishment in determining exactly what antisemitism is in the 21st century. This despite the fact that the IHRA webpage itself describes the document as a ‘working definition’, that is to say it’s a work in progress and a document to be studied, not a statute of government or a piece international law.

But this appears to be far too much nuance for the Board of Deputies and the Jewish Leadership Council which have led the community to war against Jeremy Corbyn.

Two weeks ago, Labour’s National Executive Committee (NEC) decided that the IHRA document might not be as perfect as the Jewish leadership and media think it to be. While adopting the vast majority of the IHRA wording, and indeed tightening it up in places, the NEC thought it better to separate out those parts of the document that suggest that criticism of Israel could in certain circumstances become antisemitic.

One IHRA example the NEC rejected was that it was anitisemitic to describe Israel as a “racist endeavor”. The NEC had clearly taken note of some of the legal opinion produced highlighting the risk to free speech, such as this critique by Hugh Tomlinson QC.

The attempt by the NEC to create a policy against antisemitism that balanced the needs of the Jewish community with the need for free speech turned out to be the last straw for our Jewish establishment. In short they went ballistic, insisting that only the Jewish community has the right to determine what is antisemitism and who is being antisemitic and what punishment they should receive.

“This is a sad day for the cause of anti-racism in this country. Labour, for so long a Party that put equality and inclusion at the centre of its values, has today decided to claim that it understands antisemitism better than the victims of this vile prejudice and to set its face against the clear views of the Jewish community.”

Others including a Jewish Labour MP, Dame Margaret Hodge, felt it justified to call her party leader “a fucking anti-Semite and racist” to his face. This despite Corbyn’s record on fighting racism which looks a whole lot more impressive than just about any other MP at Westminster, certainly Margaret Hodge, as this piece from David Rosenberg shows.

Even 68 British Rabbis who would fail to agree on just about any other issue, political or religious, decided that the IHRA definition was chiseled in stone by Moses himself and was beyond critical engagement.

More rational, intelligent and calmer Jewish thought on the subject was available from

experts on antisemitism such as Professor Brian Klug and Anthony Lerman. But the wave of Jewish establishment hostility continues to drown out those voices.

And this is why I’m becoming increasingly worried that a real wave of antisemitism could be on the way.

There is a reasonable chance that Jeremy Corbyn could be Britain’s next Prime Minister.

Thanks to the on-going political turmoil created by Brexit we could well be facing a General Election in Britain in the late autumn or next spring. It will be fought predominantly on our post-Brexit relationship with the European Union, a question which will determine the future prosperity of the country for decades to come.

If Labour runs a good campaign the election will also be fought on the issues that mattered long before the Brexit referendum – ending economic austerity, funding for the National Health Service, affordable housing, safer communities, and care for the elderly. As the most radical version of Labour for many decades, a Corbyn victory could well herald serious change and the reversal of the neo-liberal economic agenda pursued by Thatcher/Major/Blair/Cameron/May for the last thirty years. The quality of life for millions of people in this country is at stake. For a change, who wins the next election will actually make a difference.

But none of this is of the slightest concern to the Jewish community’s leadership or its media. They only have one issue on their mind – Israel, and how best to protect it from criticism. On this basis they are willing to brand the main opposition party in Britain as irredeemably antisemitic under Corbyn’s leadership. The Jewish Chronicle has already called for Jewish Labour MPs to break away from the party.

And that’s what makes me fear where we could be heading.

If you vote Labour will that make you antisemitic in the eyes of the Jewish community? If you stand for election as a Labour candidate will you be antisemitic?

And what if Corbyn losses by a narrow margin? How will the millions who voted for him see the Jewish community and its three-year campaign to brand him toxic?

The ‘Jewish War Against Corbyn’ is not good Jewish communal politics. It’s playing with fire.

Fighting racism with both hands tied

This is where you end up when you allow antisemitism to become mixed up with Israel and Zionism. This is where the merger between Zionism, Judaism and modern Jewish identity leaves you: fighting racism with both hands tied behind you back.

Mainstream Jewish thinking has created a whole new category of anti-Jewish hatred which the joint editorial this week described as “political antisemitism”. In other words, where they once hated us for our faith, and then for our race, now they hate us for our politics.  This is how Jewish nationalism skews Jewish communal relations around the world.

It’s hardly surprising that the leadership of our community want to frame the debate about Corbyn in terms of antisemitism. It’s much easier to talk about antisemitism than defend Israel directly. Israel itself keeps making that harder and harder.

After the Nation State Law was passed who can truthfully claim that Israel does not support creating apartheid communities and does not deny national self-determination to millions of Palestinians under its direct or indirect authority? What’s been the case for decades has just been given a constitutional ratification by the self-styled ‘only democracy in the Middle East’. Even the Board of Deputies is uncomfortable with what’s just happened. That’s because it knows how much harder it will make their work on Israel advocacy.

If you want to look credible in fighting racism against Jews, and other minorities in Britain, it’s best not to be supporting it in Israel.

The other benefit of focusing the ‘Corbyn War’ on antisemitism, rather than criticism of Israel, is that it means we don’t need to hear from any Palestinians. The debate becomes an entirely Jewish affair where the rights and concerns of the Jewish community are all that’s being discussed.

In the last few weeks, as the row has dragged on and escalated, I’ve never see a Palestinian invited to comment on the TV news or mainstream media. You never see a Palestinian asked if they think Israel is a “racist endeavor?”. Only Jews are allowed to define their oppression. Israel and Zionism, according to Jewish rhetoric, has had no victims.

I hope I’m wrong about the threat of a backlash against the Jewish community if Labour is narrowly defeated in the next General Election. I hope the British public will be able to understand the diversity of Jewish opinion on Israel that’s mostly obscured by those who claim to speak for us in our entirety. It’s difficult, if not impossible, for non-Jewish voices to call out the attacks on Corbyn as disingenuous or at least motivated by a more complex agenda than is being admitted to. The antisemitism allegations come thick and fast.

That’s what makes the Jewish voices in Britain that have been attempting to counter the official Jewish War Against Corbyn, such as Jewish Voice for Labour and Independent Jewish Voices  so vital to our long-term well-being in a country that remains (so far) incredibly hospitable towards Jews. 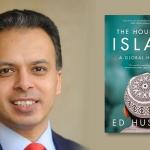 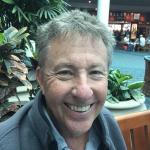 I’d Like to Exchange these Curses for Blessing,...
By Rabbi Shira Shazeer Parashat Bechukotai (Leviticus 26:3-27:34) We live in times of...

Ukraine in Prophecy: The Jeremiah Factor
Even before the Russian invasion, the Lord had begun to show me...
view all Jewish blogs
What Are Your Thoughts?leave a comment
Copyright 2008-2021, Patheos. All rights reserved.