A new documentary ‘WitchHunt’ about the long running accusations of antisemitism in the British Labour Party was due to be shown in the House of Commons this week (4 March). The screening was cancelled after protests that the film itself contributes to the very antisemitism it sets out to explore.

Since the film has only been shown in a handful of public venues around the country, it’s unlikely that those who demanded the Common’s cancellation have actually seen it. That’s a pity, because having watched a preview copy of the film myself, it strikes me that MPs at Westminster are the very people that most need to see it. ‘WitchHunt’ is a vital corrective to what’s been a mostly shallow and poorly informed debate that’s done much to undermine the British public’s understanding of antisemitism.

The importance of the documentary is best understood after reading a report published last September by the Media Reform Coalition into the coverage of the antisemitism story during the summer of 2018. The research found:

“…myriad inaccuracies and distortions in online and television news including marked skews in sourcing, omission of essential context or right of reply, misquotation, and false assertions made either by journalists themselves or sources whose contentious claims were neither challenged nor countered. Overall, our findings were consistent with a disinformation paradigm.”

‘WitchHunt’ sets out to challenge the “disinformation paradigm” that says antisemitism is “rife” and “institutional” under Jeremy Corbyn’s leadership of the Labour party. It’s a narrative that’s dominated mainstream political reporting for the last three years, since Corbyn was elected leader, and it’s done enormous damage to the party’s reputation – and potentially to its electoral prospects.

The documentary’s title, with the absence of a question mark, succinctly sums up the film makers’ counter narrative. It also explains why there’s already such opposition mounting against it being shown.

‘WitchHunt’ tells the story of a malign campaign, reminiscent of McCarthyism in 1950’s America, which aims to vilify critics of Israel and Zionism and in turn undermine a left wing Labour party leader with a long history of Palestinian solidarity. It sets out why it’s impossible to interpret what’s going on without understanding Israel’s determination to counter criticism against it by denigrating opponents as antisemitic. As evidence for this claim, the film looks at Israel’s Ministry for Strategic Affairs & Public Diplomacy, headed by Gilad Erdan, and its campaign to brand BDS as antisemitic. It also draws on the undercover investigation into Israel’s interference in British politics, ‘The Lobby’, carried out by Al Jazeera in 2017.

It’s a counter-narrative that leaves the film makers, and those they’ve interviewed, open to further criticism. By alleging that the antisemitism in Labour is in anyway exaggerated or manufactured or that there is any organised campaign to build pressure on Corbyn, the film runs the risk of looking like yet another antisemitic Jewish conspiracy theory. But in this case it is an entirely unfair criticism. WitchHunt doesn’t dumb thing down with Rothschild conspiracies. Rather, it encourages the viewer to think more deeply about questions of race and politics and how political agendas work to silence opposition.

It’s important to note what the film does not say, since all too often when the counter-narrative receives any coverage it’s ridiculed or dismissed through shoddy reporting.

‘WitchHunt’ does not say that antisemitism does not exist in the Labour Party. Nor does it diminish the pain and hurt that antisemitic tropes can cause to Jewish Labour party members or Jewish Labour MPs or the Jewish community more broadly. What is being questioned is the scale of the problem and the motivation of those who are presenting it as a ‘crisis’ of such proportions that it threatens the safety of the entire Jewish community in Britain.

Trying to ban a film is usually a sure way to generate greater interest in what it has to say, so the promoters of the documentary, Jewish Voice for Labour – a non-Zionist, Corbyn supporting group established in the summer of 2017 – may yet be thankful for the free publicity.

The fact that the film has been made by Jewish Labour party members, and highlights their personal experience of false accusations, shows how muddied and confusing this whole saga must appear to the average member of the public.

Jewish critics of Israel and Zionism are invariably dismissed by other Jews as marginal and disconnected from the ‘real’ Jewish community and therefore irrelevant to the debate. They are portrayed as using their Jewish heritage as a ‘cover’ for their unacceptable views.

The mainstream Jewish leadership argues that since most Jews in Britain would describe themselves as Zionist (however critical they may be of current Israeli political leadership) it’s the majority Jewish opinion that must take precedence, and they who should determine how the issue of Zionism and antisemitism is viewed and debated.

It’s a viewpoint accepted by most MPs and the mainstream media and it’s enabled the Board of Deputies, the Jewish Leadership Council, the Chief Rabbi and the editors of the Jewish community press to shape and drive the allegations against the Labour party.

The dismissal of non-Zionist Jewish opinions reveals the extent to which modern Jewish identity has become bound up with an allegiance to Zionism. If you don’t ‘sign up’ to this definition of ‘being Jewish’ because you have an alternative reading of Jewish history and what will ensure long-term Jewish security, then you effectively exile yourself from the wider Jewish community. This policing of the acceptable parameters of Jewish debate will in the long term serve the Jewish community badly, leaving it incapable of internal criticism.

My own journey to Palestinian solidarity has taken inspiration from the generations of Jewish critics of Zionism that have come before me. I’ve found Jewish opposition to Zionism to be amongst the most thoughtful and nuanced sources on the subject. They ‘get’ where Jewish Zionists are coming from. They ‘get’ the history of racism towards Jews. They ‘get’ why the on-going oppression of the Palestinian people by the Israeli government is so difficult for the mainstream Jewish community to face into.  In the case of Jewish Voice for Peace, they’re also able to set anti-semitism within a broader understanding of racism and a more inclusive strategy to counter it.

So rather than dismiss Jewish Voice for Labour as irrelevant dissidents, I would urge people to be guided by their ability to critique Zionism and show solidarity for Palestinians without falling into the swamp of antisemitism.

At the heart of the film is the story of Jackie Walker and the vilification she’s experienced over the last two years. Walker is a Black, Jewish woman and a longstanding anti-racist campaigner and educator. She was previously vice chair of Momentum, the grassroots organisation which supports Jeremy Corbyn. Walker has twice been suspended by Labour over antisemitism allegations. Her next hearing before Labour’s disciplinary body is due to take place on March 26.

It’s Walker’s dual heritage that brings a real depth to the documentary. Her thinking places antisemitism into a wider social and historical context that includes the centuries of genocide committed against Africans during the slave trade. Walker’s Jamaican born mother was descended from a Black slave woman and a Portuguese Jewish slave owner, while her Jewish father’s family was from Russia. Her parents met as activists during the civil rights movement in the 1950s. It’s this background that gives her a perspective that allows her to understand how any group of people can be both victims and perpetrators of injustice.

The accusations against Jackie Walker are examined in detail in the film. They rely on trawling though social media, taking comments out of context, and assuming the most malign of motives.

Walker has fought back, even writing and performing a one-woman stage show ‘The Lynching’ telling the story of her family and upbringing and the racist and violently misogynistic abuse she’s received since the antisemitism allegations against her began: “Put her in a bin. Throw petrol on her. Set her on fire. Lynch her!”

History can be complicated

As Jackie Walker’s family story illustrates, human history can be complicated. Towards the end of the film she makes this observation:

It’s an insight sorely needed when looking at the history of Zionism. As long as the Jewish community leadership insists that Zionism has no victims and is “no more and no less than the national liberation movement for the Jewish people” we will fail to understand what has taken place over the last 70 years of Jewish history.

The antisemitism row which has engulfed Labour shows no sign of ending. It’s impossible to interpret it without also acknowledging the deep left/right divisions within the Labour party and the way antisemitism is used as a proxy battle in a bigger ideological war.

But the longer this row goes on the more peculiar it looks and more obvious the omissions from the debate appear.

Why is so little made in our national media of the Conservative Party’s connections with far right antisemitic parties represented in the European parliament?

Why does the Board of Deputies express no concern when an Israeli Prime Minister, Benjamin Netanyahu, works to gain electoral advantage by brokering election deals with openly racist political parties in Israel?

And most glaringly, where is the Palestinian voice in this debate? Why is it okay to talk about antisemitism and Zionism in Britain without asking a Palestinian what their direct experience of Zionism has looked and felt like?

The ‘WitchHunt’ deserves to be widely seen. And it will be from Sunday 17th March when it goes online for free viewing.

Note: This post was commissioned by Mondoweiss and first appeared on its site on Sunday 3 March 2019

February 2, 2019
It’s okay to use your smart phone, tablet and laptop to boycott Israel
Next Post 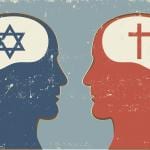 March 10, 2019 Only by moving beyond Zionism will Christian-Jewish dialogue progress
Recent Comments
0 | Leave a Comment
Browse Our Archives
Follow Us!

Jewish
Chief Rabbi, we need a better way to...
Writing from the Edge

Jewish
As a British Jew I’m not fearful of...
Writing from the Edge
TRENDING AT PATHEOS Jewish 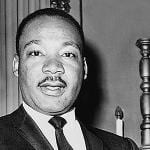 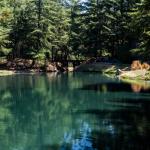 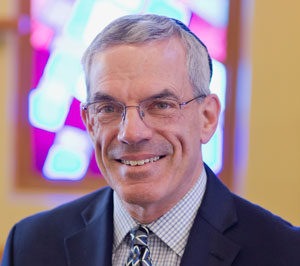 Jewish Naturalism and Mitzvot
In a Naturalist Judaism, Who Commands? A quick glance at recent Pew...
view all Jewish blogs
What Are Your Thoughts?leave a comment
Copyright 2008-2020, Patheos. All rights reserved.