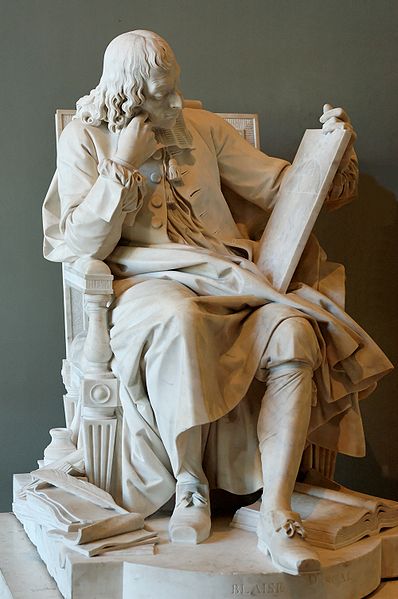 Webster has been serving at funerals lately, one in early December and one just a few days ago. And in a prediction that is all too likely to come to fruition, he believes he will attend the funeral of at least one dear friend this year. Reading these posts, I reflect on the fragility of human life and the sudden impact on our loved ones lives when we depart this mortal coil.

A sudden death, an accidental death, the unexpected death is always a shocker. Others are blessed with an illness—or maybe it’s not a blessing, to see the train enter the station that will inevitably bear them away. There is pain, and suffering in the long drawn-out route to eternity.

The fact that our own death is inevitable is why I don’t spend much mental horsepower worrying about the Apocalypse. Fifteen seconds from now is more likely to be the end times for me, and that is likely true for you too. By preparing for the near term, and I argue, the more likely event, I’ll be prepared, like a good Boy Scout, if I am blessed to witness the Second Coming.

As I have come to find out through reading about their lives, many of the saints recommend that you ponder your personal end times often. Though not an official saint, my buddy Blaise Pascal (pictured here, sitting in the Louvre in Paris) did his share of pondering death. Perhaps he’s proofreading the letter he wrote to his sister upon the death of his father. I’m not sure how she took it, but it provided me much comfort and became another reason why I am Catholic.

After his introduction expressing remorse at this news he writes that,

In the midst of grief . . . we should seek consolation in our ills, not in ourselves, not in men, not in anything that is created; but in God. And the reason is, that all creatures are not the first cause of the accidents that we call evils; but that the providence of God being the only and veritable cause, the arbiter and the sovereign of them, it is indubitable that we must resort directly to the source, and go back to the origin to find a solid alleviation.

And now, get ready for the longest, most cogent and understandable sentence regarding death that any mathematician has ever written in the history of mankind (I can’t verify this but sheeeesh!).

If we follow this precept, and if we regard this event, not as an effect of chance, not as a fatal necessity of nature, not as the play of the elements and parts of which man is composed (for God has not abandoned his elect to caprice and chance) but as a result indispensable, inevitable, just, holy, useful to the good of the Church, and to the exaltation of the name and greatness of God, of a decree of his providence conceived from all eternity to be executed in the plenitude of its time in such a year, such a day, such an hour, such a place, such a manner; and, in short, that all that has happened has been from all time foreknown and foreordained of God; if, I say, through a transport of grace, we regard this accident, not in itself and apart from God, but apart from itself and in the inmost part of the will of God, in the justice of his decree, in the order of his providence, which is the true cause of it, without which it would not have happened, and in the manner in which it happened, through which alone it has happened; we shall adore in humble silence the impenetrable loftiness of his secrets, we shall venerate the sanctity of his decrees, we shall bless the acts of his providence, and, uniting our will to that of God himself, we shall wish with him the thing that he has willed in us and for us for all eternity.

Sure, Blaise could have used an editor. But this was a letter to his sister written while he was grieving. And—if you could have edited that sentence, what would you have removed? Uh, huh—absolutely nothing! It is a great summation of the fact that God’s will is being done whether we see it that way or not.

Blaise continues to console his sister masterfully, paragraph after paragraph. He mentions that it is certain that neither the philosophies of Socrates nor Seneca can provide any solace to the question of our mortality. And that is because they believed that it was merely natural that all men die.

But Blaise, being a good Catholic Christian sees death in an entirely different light. He acknowledges this as follows, 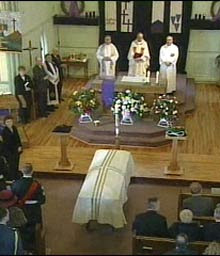 Let us consider death in the truth which the Holy Spirit has taught us. We have this admirable advantage, of knowing that death is really and actually a penalty of sin imposed on man in order to expiate his crime, necessary to man to purge him from sin; that it is the only one that can deliver the soul from the concupiscence of the members, without which saints come not into the world. We know that life, and the life of Christians is a continual sacrifice that can only be completed at death. . . . We know that what has been accomplished in Jesus Christ should be accomplished also in all his members.

In other words, unlike Enoch or Elijah, we aren’t going to get off the planet alive. And you can’t get to heaven unless you die. You can’t get there without going here, that is, through death. Blaise then proceeds to preach a heck of a good sermon on the example that Jesus set for us all. We have to be like Him, and He died, was buried and then rose again in fulfillment of the scripture. Our Lord showed us the way that we too must go.

But Blaise is quick to mention that death apart from Jesus Christ is . . .

Half way through the letter Blaise writes the following exhortation:

Let us then no longer look upon death as the heathen, but like Christians, that is, with hope, as St. Paul commands since this is the especial privilege of Christians. Let us no longer regard a corpse as putrid carrion because deceitful nature figures it thus; but as the inviolable and eternal temple of the Holy Spirit, as faith teaches. For we know that sainted bodies are inhabited by the Holy Spirit until the resurrection which will be caused by virtue of this spirit which dwells in them for this effect. . . . Let us no longer regard a man as having ceased to live although nature suggests it, but as beginning to live as truth assures. Let us no longer regard his soul as perished and reduced to nothingness, but as quickened and united to the sovereign life; and let us thus correct, by attention to these truths, the sentiments of error so deeply imprinted in ourselves and those emotions of honor so natural to mankind.

I don’t know how this could be explained any better. Blaise’s letter in its entirety can be read here.

January 9, 2010 Comments of the Week
Recent Comments
35 Comments | Leave a Comment
"Vaya con Dios, Leonard; Rest in Peace."
AnonCollie Leonard Nimoy Explains The Origin Of ..."
"Thank you for sharing"
Andy To Break My Fast from Being ..."
"I've seen Matt Maher live four times...twice since this song was released. I absolutely love ..."
Veritas81 WYD Flashback With Matt Maher, And ..."
"Yes, and Dolan should have corrected the scandalous and wrong decison of his predecessor when ..."
sixbunnies Archdiocese of New York Health Plan ..."
Browse Our Archives
Follow Us!

If You're Angry About the Looting...
Steel Magnificat
Related posts from Why I Am Catholic