Because of the Good News XIII

Posted by Webster
Given the week just ended—when the devastation in Haiti has been in all of our thoughts and the Haitian people in our prayers—a look at the Good News might seem to be a head-in-the-sand operation. But a big part of being a Catholic, for me anyway, is to pray even when—especially when—things are darkest. And a big part of prayer is praise and thanksgiving.

Still, with respect for the tragedy still unfolding in Haiti, I’ll keep this short.

I was raised in a wealthy Episcopal parish, and one of the things I am most proud of in the Catholic Church is its economic and racial diversity. As we move through a three-day weekend dedicated to the memory of Martin Luther King, I was proud to read this post from an African American deacon.

I am also proud of being a Catholic anytime I read about anything my Pope, BXVI, has done. For example this.

As a volunteer religious education teacher who doubts his own ability to inspire fourth-graders, I loved this story from Suzanne Temple about leading her home-schooling boys in prayer. And I was happy to be reminded, by the Deacon’s Bench, how the children we teach can inspire us more than we inspire them.

As the father of daughters in their 20s, I was inspired by this testimony about chastity from an exceptionally intelligent young woman. 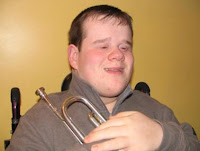 But here’s my vote for most inspiring story of the week, about the young man at left, forwarded to me by my own pastor, Father Barnes.

Did you ever listen to the apparent certainty of historians about what happened over 2,000 years ago and wonder, how can they be so certain? That’s what I was thinking when I read that the Old Testament may have been written much earlier than commonly thought. 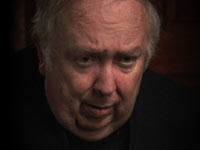 I can’t finish this post without another word on Haiti. One of the most powerful commentaries on this week’s earthquake was offered by Msgr. Lorenzo Albacete, one of the leaders of Communion & Liberation in the United States (left). You can read his complete post on the America magazine blog here. I’ll close with an excerpt:

To what kind of God can one pray in such circumstances? Only to that God who, as St. Paul wrote, “spared not his own Son” the pain of the cry of why. If he gave his Son to die for us, Paul argues, it is impossible that he should refuse us anything that will help or bless us, since he has nothing he values more than His Son (cf. Romans 8, 32). I do not want an explanation for why this God allows these tragedies to happen. An explanation would reduce the pain and suffering to an inability to understand, a failure of intelligence, so to speak. I can only accept a God who “co-suffers” with me. Such is the God of the Christian faith. But faith or no faith, Christian or not, our humanity demands that the question “why” not be suppressed, but that it be allowed to guide our response to everything that happens. This is the only way to a possible redemption of our humanity.

January 16, 2010
For All the Saints: Macarius the Great
Next Post

January 17, 2010 For All the Saints: Anthony the Great
Recent Comments
0 | Leave a Comment
Browse Our Archives
Follow Us!

Trump Marches, Catholics Sell Out
Cracks in Postmodernity
Related posts from Why I Am Catholic