Personal Thoughts on the Scandal on a Sunday 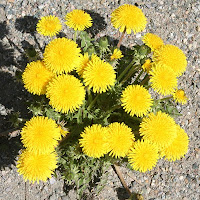 That short, terse statement is the mission of the Marine Corps rifle squad. I learned it long ago. It was seared into my memory at Parris Island, never to be forgotten. It comes readily to my mind now as more stories of abuse of children by Roman Catholic priests continue to come to light.

Perhaps it is wrong for me to have these feelings, but my first reaction is to fix bayonets and start rooting out these enemy saboteurs. Whispers in the Loggia? I would argue that bullhorns and flashlights in the Loggia are in order. I feel like St. Peter when he whacks the right ear off Malchus when the authorities came to arrest Our Lord in the Garden of Gethsemane.

“Then Simon Peter, having a sword, drew it and struck the high priest’s slave and cut off his right ear. The slave’s name was Malchus.” (John 18:1-10 RSV)

Obviously Peter was attempting to protect Jesus by cleaving the head of this Malchus fellow in two. Quick reflexes saved Malchus, while costing him his ear. In His last recorded miracle before being crucified, Jesus heals Malchus by restoring his ear to him,

Our Lord then explained that if He were about to take over the world at that time by force of arms, He wouldn’t need the help of humans to do it:

Do you think that I cannot appeal to My Father, and He will at once send Me more than twelve legions of angels? But how then should the Scriptures be fulfilled, that it must be so?” (Matthew 26:53-54 RSV)

What does this scene have to do with pedophile priests? Perhaps I just needed to let you know that I am thoroughly disgusted with this ongoing scandal. I feel compelled to wield the sword at them much the way that other regular guy named Peter tried to do there in the Garden of Gethsemane. Call me Joe Sixpack, USMC of the Catholic blogosphere. I pray that Catholics the world over will insist on a thorough and uncompromising investigation of these latest allegations. No one should be immune from investigation and/or  prosecution.

I definitely did not become Catholic because of pedophile priests. When the scandal first broke in the United States in 2002, I wasn’t a Catholic yet. My oldest son was attending our parish school though and as the allegations came to light nationwide, I personally thought that this could be “game over” for the Catholic Church. Not my problem though because I wasn’t a Catholic.

That was my attitude then maybe, but not now. Now my attitude is 8 years of this crap has been long enough. Sure, the barque of St. Peter maneuvers as nimbly as an aircraft carrier, but 8 (others say it’s 10) years to make a course correction?! But wait a second, the ship is on the right course.  The problem is that some of the hands have gone rogue on us and need to be dealt with ASAP. And just when you thought the situation with the crew was under control, up came more allegations of shipmates behaving badly. And not just any shipmates, but officers of the line. In Ireland late last year and now in Germany, Austria and the Netherlands. Like dandelions in my yard, or zombies…Run! 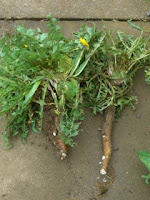 You need to extract them while they are still in full bloom and before the flowers become seeds. If they seed over, you still have to pull them while being very careful that none of the seedlings drop to the ground. Good luck with that. I’ve found that clipping the seed head first and then extracting the weed works best in this case. Ever considered transplanting dandelions removed from one part of your yard to another? Me neither.

I don’t mean to offend anyone’s sensibilities by talking about pedophile priests and associating them with punitive actions like fire, maneuver, forcible extraction, and other harsh words and phrases. But like the warrior King David, my hands are trained for battle and my fingers for war.  I realize that we are talking about sinful human beings just like ourselves. But what of the victims and the anguish and remorse they have endured and are still enduring?

And what of the damage to the Church, the Body of Christ? No one’s reputation or standing is more important than that of the Church as a whole. These words from the book of Isaiah ring loudly,

The Lord said: Since this people draws near with words only and honors me with their lips alone, though their hearts are far from me, and their reverence for me has become routine observance of the precepts of men, therefore I will again deal with this people in surprising and wondrous fashion:

The wisdom of its wise men shall perish and the understanding of its prudent men be hid. Woe to those who would hide their plans too deep for the LORD! Who work in the dark, saying, “Who sees us, or who knows us?”

Suggestion: let the sun shine in.  You don’t protect the integrity of the ship by ignoring holes in her hull, you repair them. And you don’t allow malefactors to run amok within your ships crew either. You court-martial them and bust them to private and throw them in the brig.

You see, something else was seared into my brain while I served in the Marine Corps. It’s from the Code of Conduct (bold emphasis is mine):

Article VI: I will never forget that I am an American, fighting for freedom, responsible for my actions, and dedicated to the principles which made my country free. I will trust in my God and in the United States of America.

I’m a rookie lay Catholic, but I bet if I tried hard enough I could find a similar Code of Conduct for priests and religious. Yep, here’s one.  Not quite as hard corps as the one in the military. For instance this line from that code (4.5) should really be up there in section 2, Conduct with Minors

All instances of alleged harassment (insert abuse) must be reported at once to the immediate supervisor, Pastor, Parochial Administrator, Principal or the appropriate Diocesan Official. 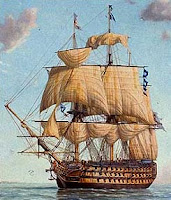 Um, I suggest calling the police first.  Serious people with guns and badges looking for bad guys tend to get things done a little quicker than the average bureaucracy.  Also, simple stuff like no child left alone with an adult works wonders in Scouting. Is this the protocol in your parish?

To keep up with the news, I suggest you check in with the good folks over at New Advent for the latest stories from the Catholic blogosphere. And there is a news feed over at this site too, which probably won’t win me any admirers either.  So be it.

In closing, even though I haven’t ever personally stooped this low in my own sinful life (there, but for the grace of God, go I), I know that these priests deserve our sympathy, prayers, compassion and love. But they need to be arrested, tried and convicted (if found guilty by a jury of their peers), and then sent to jail for their crimes. This is necessary not only for good order and discipline aboard His Majesty’s Ship but for the good of the entire world.

Now is the time for accountability and transparency. “No more of this!” St. Joseph pray for us!

March 14, 2010
Because Catholics Really Can Take a Joke (Especially on Laetare Sunday)
Next Post

March 15, 2010 For the Love of St. Joseph: A Novena (Day 5)
Recent Comments
39 Comments | Leave a Comment
"Vaya con Dios, Leonard; Rest in Peace."
AnonCollie Leonard Nimoy Explains The Origin Of ..."
"Thank you for sharing"
Andy To Break My Fast from Being ..."
"I've seen Matt Maher live four times...twice since this song was released. I absolutely love ..."
Veritas81 WYD Flashback With Matt Maher, And ..."
"Yes, and Dolan should have corrected the scandalous and wrong decison of his predecessor when ..."
sixbunnies Archdiocese of New York Health Plan ..."
Browse Our Archives
Follow Us!