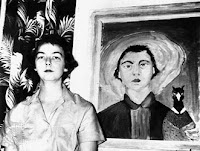 Thanks to the 44 of you who voted for our next Book Club selections! The polls have closed and here are the results:

Flannery O’Conner’s Wise Blood led the field with 15 votes. As such, this will be the first book we read to start the YIMCatholic Book Clubs fiscal (biblio?) year. Head to the book store, friends, so we can get started with the discussions, say by October 21st, which will continue for approximately once per week for four weeks.

Next, we had a tie between Silence by Endo Shusaku and Loss and Gain by John Henry Newman, both which garnered 10 votes.

I’ve decided to read Shusaku’s book first, with the first discussion around January 20, 2012. Why? Because I’d like to read it before I see the movie based on it that will be filmed by Martin Scorsese. And it would be, I believe, a striking contrast from Flannery’s Southern fried world to the setting of the Land of the Rising Sun.

Then, say around April 21, we’ll head to England for Blessed John Henry Newmans Loss and Gain. And on or about July 21, we will end the year with Father Robert Benson’s smash hit Lord of the World, which came in with 9 votes overall.

There you have it Book Clubbers, a plan of action for the next 12 months for the YIMCatholic Book Club. Novels, this time around, and volunteers to help lead the discussions are always appreciated. We might even be able to twist the arms of Webster and Allison into participating.

Get thee to a book seller, or library, and I’ll see you in the study on October 21st. Happy reading!

October 7, 2010 To Convert, like Thérèse
Recent Comments
0 | Leave a Comment
"Vaya con Dios, Leonard; Rest in Peace."
AnonCollie Leonard Nimoy Explains The Origin Of ..."
"Thank you for sharing"
Andy To Break My Fast from Being ..."
"I've seen Matt Maher live four times...twice since this song was released. I absolutely love ..."
Veritas81 WYD Flashback With Matt Maher, And ..."
"Yes, and Dolan should have corrected the scandalous and wrong decison of his predecessor when ..."
sixbunnies Archdiocese of New York Health Plan ..."
Browse Our Archives
Related posts from Why I Am Catholic