For All the Meanings of the Word “Catholic”

For All the Meanings of the Word “Catholic” January 13, 2011 Frank Weathers

-Feast of St. Hilary of Poitiers

My God isn’t too small, but I sure am. For the longest time I was a modern pharisee, so sure that I knew everything I needed to know about God and my own salvation. Then I walked away from worshipping God for the longest time, because my little mind “got it” about God and I didn’t really care about what your opinion, or any churches opinion for that matter, was about Him.

I waited a long time to be called home to the Church. But when I started to hear the call, the reasonableness of becoming a Catholic had a lot to do with that very word “catholic.” Let’s take a look at the word and maybe you’ll see what I mean.

Here is how the online version of the Merriam-Webster Dictionary defines the word,

(She is a novelist who is catholic in her interests.)
(a museum director with catholic tastes in art.)

First Known Use: 14th century (maybe in English, but I think St. Ignatius of Antioch used the term to describe the Church back early in the 2nd century).

Looking at the citation, definition #1 jives with what historically may be ascertained about the Church. She is, after all, a world-wide Church with parishes practically everywhere. She traces her leadership lineage from Pope Benedict XVI, all the way back to St. Peter, who was given the Keys of the Kingdom by Our Lord Jesus Christ.

Bear with me for a minute because my mind is very small. The universe, however, is (we think) infinitely large. Guess what? The Catholic Church claims all of that space as her domain too. Remember the keys? That’s why someone from the Vatican Observatory can say that the mere thought of extraterrestrial life shouldn’t spook you.

That is, unless your mind is too small and you believe that God only exists on our planet, or maybe not even at all. That’s not to say that, God willing, ET couldn’t come here and ruin our lives either. Remember what was done to the Native Americans by other human beings? Or what the Egyptians did to Israel, or the Babylonians, or the Romans? Free will can be painful.

Maybe you’ve never given this much thought. I know I didn’t for the longest time because I was too busy getting and spending and such. Conquering the world for me and mine, while giving mere lip service to serving God. That sounds harsh now that I read it, but it is true.

Let’s move on to definition #2 which pertains to the small “c” version of the word.

Now this definition is what gets to the heart of why I am Catholic. Because now that my little mind has been pondering our Triune God more and more, this second definition jives with the characteristics of God Himself. Comprehensive? Check! Universal? Check! Broad in sympathies? I’m counting on it! Broad in tastes and interests? Well now that you mention it, of course He has broad tastes and interests, most of which I have ignored all my life and many which I have never even considered. Consider the variety of life He created, people of every race and origin, 15000+ types of trees, and thousands of different kinds of flowers and hundreds if not thousands of different kinds of spiders (yuk!) even.

Consider that He became a human in order to save every man, woman, and child, and maybe even the animals (St. Francis of Assisi preached to birds!), in every clime and place. In every land, every nation, north, south, east and west. Because He is beyond mere points on a compass.

This weeks readings from the letter to the Hebrews practically scream this from the very first words in that letter(and I still didn’t get it) as you can see here,

Brothers and sisters: In times past, God spoke in partial and various ways to our ancestors through the prophets; in these last days, He spoke to us through the Son, whom He made heir of all things and through whom He created the universe, who is the refulgence of His glory, the very imprint of His being, and who sustains all things by His mighty word. When he had accomplished purification from sins, He took His seat at the right hand of the Majesty on high, as far superior to the angels as the name He has inherited is more excellent than theirs.(Hebrews 1:1-4)

It was not to angels that God subjected the world to come, of which we are speaking. Instead, someone has testified somewhere:

“What is man that you are mindful of him,
or the son of man that you care for him?
You made him for a little while lower than the angels;
you crowned him with glory and honor,
subjecting all things under his feet.”

For the longest time I ignored this salient fact, this truth, which has been staring me right in the face in the phrases “all things” and “nothing not” all this time. Others have missed them as well, which explains why the Church defended Christianity from the Arian, Donatist, and all the other heresies as well. And it explains why Our Pope could say this back when he was a Cardinal,

Just as the Catholic Church rejects nothing of what is true and holy [in the great religions] neither should these ways be rejected out of hand simply because they are not Christian. On the contrary, one can take from them what is useful so long as the Christian conception of prayer, its logic and requirements are never obscured.

And it explains why sometimes we trip each other up when one persons idea of orthodoxy (example: can I do yoga and still be a Catholic?) conflict with another’s ideas on orthodoxy (example: you may only receive the consecrated host on the tongue). All of which is way above my pay grade (able-bodied seaman, if that) and leads me to say “thank God for bishops!”

Maybe I understood all of these ideas about God and the Church only in theory, but not in practice. I’m certain I was lacking them in actual practice when I had stopped worshipping altogether. But I was, and still am, humbled to discover that the Catholic Church has been, and still is, engaged in a “practice makes perfect” exercise that has stood the test of time despite Her slips and stumbles along the way.

Look, even the synonyms of the word “catholic” describe Our Lord and His Church (all-around, all-purpose, general, general-purpose, unlimited, unqualified, unrestricted, unspecialized), even as the antonyms(limited, restricted, specialized, technical) continue to describe me when I stumble, which is often. And this helps to explain why the words denomination, narrow-minded, and sectarian do not describe Our Lord and His Church, but the antonyms of these very words do.

I came across these thoughts the other day that helped bring me full-circle on better understanding the Church and her mission,

Therefore, that Catholicity, which at first did but mean the collection of traditions from all parts within the Christian Church, came to mean what it was inevitable in the nature of the case it should, from the first, actually imply,—the bringing into one and gathering together of all the strongest facts and experiences of religion,—all elements in the religious idea wherever found which could prove their fitness by survival or their vitality by their growth or this ” richness” by their capacity for a deeper interpretation;—all “truths of religion,” outside the Christian Church as well as within it. In this manner and on a basis of the deeper expediency, begun but not completed, attempted not achieved, a Catholic Church has alone any chance of becoming “Humanity grown conscious of itself.”

Remember the two greatest commandments? St. Francis de Sales reminds us of them in the ninth meditation in his Introduction to the Devout Life,

Consider that Jesus Christ, enthroned in Heaven, looks down upon you in loving invitation: “O beloved one, come unto Me, and joy for ever in the eternal blessedness of My Love!” Behold His mother yearning over you with maternal tenderness—” Courage, my child, do not despise the Goodness of my Son, or my earnest prayers for thy salvation.” Behold the Saints, who have left you their example, the  millions of holy souls who long after you, desiring earnestly that you may one day be for ever joined to them in their song of praise, urging upon you that the road to Heaven is not so hard to find as the world would have you think. “Press on boldly, dear friend,”—they cry. “Whoso will ponder well the path by which we came hither, will discover that we attained to these present delights by sweeter joys than any this world can give.”

You can call me grasshopper,  but I’ll be taking this saint’s, and all his millions of saintly friends, advice from now on. To be continued…

Update: Monsignor Charles Pope on the width of the Church. 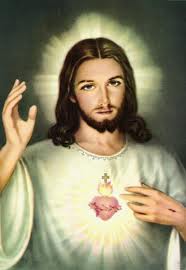 January 12, 2011
Because We Still Are Opening Christmas Gifts
Next Post

January 14, 2011 Thanks to the New York Encounter, Probably
Recent Comments
0 | Leave a Comment
"Vaya con Dios, Leonard; Rest in Peace."
AnonCollie Leonard Nimoy Explains The Origin Of ..."
"Thank you for sharing"
Andy To Break My Fast from Being ..."
"I've seen Matt Maher live four times...twice since this song was released. I absolutely love ..."
Veritas81 WYD Flashback With Matt Maher, And ..."
"Yes, and Dolan should have corrected the scandalous and wrong decison of his predecessor when ..."
sixbunnies Archdiocese of New York Health Plan ..."
Browse Our Archives
get the latest from
Catholic
Sign up for our newsletter
POPULAR AT PATHEOS Catholic
1