For Napoleon’s Answer to the Question “Who Is Jesus Christ?” 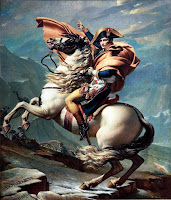 Back in January, I reviewed Eric Sammon’s book, Who Is Jesus Christ? It is a great book and I highly recommend it to you. Many have asked themselves the same question about the identity of the obscure Jewish carpenter from Galilee.

Last week I shared with you the knowledge that Napoleon Bonaparte died a good Catholic death. Today, as I was reading a selection available on the YIMCatholic Bookshelf, I stumbled across Napoleon’s answer to this very question.

I was happily just reading along in Cardinal James Gibbon’s book, Our Christian Heritage

when the following thoughts of Napoleon’s leapt off the page in the concluding paragraphs to chapter XV,

From The Divinity of Christ Attested by Himself and His Disciples

The first Napoleon was not a theologian; but he was a great man, and a profound observer, whose vast experience had enabled him to judge what forces were necessary to produce a lasting effect on mankind. When chained to the rock of St. Helena, he had ample leisure to measure the greatness of men and to estimate them according to their true value.

One day in a conversation with Montholon, he put this question to him: “Who was Jesus Christ?” Montholon having declined to answer, Napoleon proceeded: 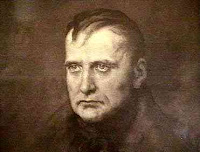 “I will tell you. Alexander, Caesar, Charlemagne, and myself have founded great empires. But our empires were founded on force. Jesus alone founded His empire on love, and to this day millions would die for Him. I think I understand something of human nature, and I tell you, all these were men, and I am a man. Jesus Christ was more than man.”

“I have inspired multitudes with a devotion so enthusiastic that they would have died for me. But to do this it was necessary that I should be visibly present with the electric influence of my looks, my words, my voice. Who cares for me now removed as I am from the active scenes of life, and from the presence of men? Who would now die for me?”

“Christ alone across the chasm of eighteen centuries makes a demand which is beyond all others difficult to satisfy. He asks more than a father can demand of his child, or a bride of her spouse, or a man of his brother. He asks for the human heart. He will have it entirely to Himself. He demands it unconditionally, and forthwith His demand is granted.”

“Wonderful! In defiance of time and space, the soul of man with all its powers and faculties becomes an annexation to the empire of Christ. This phenomenon is unaccountable; it is altogether beyond the scope of man’s creative powers.”

“Time, the great destroyer, is powerless to extinguish this sacred flame. This is what strikes me most. This is what proves to me quite convincingly that Jesus Christ is God.”

You may enjoy the entire chapter of Cardinal Gibbon’s book here. 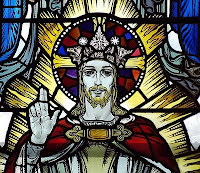 One Friday In Lent, The Papacy...
Thin Places
Related posts from Why I Am Catholic