For the Daily Readings 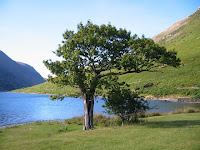 If it’s Thursday, then I’ll be lectoring at daily Mass at the parish near my office. I went to the USSCB website to see the readings for today and again was amazed, for like the millionth time, at how prescient the order of the readings are.

I have no idea when the readings for the Lenten season were chosen, or put in this particular order. I know it wasn’t last week though. Most likely it was 30,40,50, or 350 years ago. But the thing is, they always seem to hit home with whatever the crisis du jour is.

Universal truths ring loud and clear, and they are timeless. This is why I love the Bible and the Church.

Thus says the LORD:
Cursed is the man who trusts in human beings,
who seeks his strength in flesh,
whose heart turns away from the LORD.
He is like a barren bush in the desert
that enjoys no change of season,
But stands in a lava waste,
a salt and empty earth.
Blessed is the man who trusts in the LORD,
whose hope is the LORD.
He is like a tree planted beside the waters
that stretches out its roots to the stream:
It fears not the heat when it comes,
its leaves stay green;
In the year of drought it shows no distress,
but still bears fruit.
More tortuous than all else is the human heart,
beyond remedy; who can understand it?
I, the LORD, alone probe the mind
and test the heart,
To reward everyone according to his ways,
according to the merit of his deeds.

And the Responsorial Psalm (from Psalm 1) complements beautifully,

Blessed the man who follows not
the counsel of the wicked
Nor walks in the way of sinners,
nor sits in the company of the insolent,
But delights in the law of the LORD
and meditates on his law day and night.

He is like a tree
planted near running water,
That yields its fruit in due season,
and whose leaves never fade.
Whatever he does, prospers. 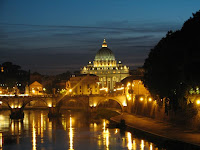 March 25, 2011 Because Mary Said "May It Be Done to Me"
Recent Comments
0 | Leave a Comment
Browse Our Archives
Follow Us!