For Faith In Action: Calling All Rand Busters.™ Please Report To Your Posts! 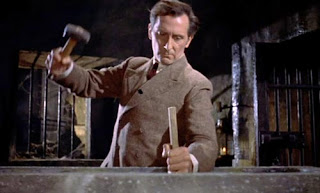 A few days ago, I got mad as hell and said I won’t take it anymore. What about? Well, some of our Christian brethren believe they can reconcile following Ayn Rand’s poisonous philosophy and still consider themselves, you know, Christians.

So I decided to form a posse, or a coterie of charitable combatants if you will, made up of Christians, both Catholic (and Orthodox too!) and Protestant to fight this nonsense head-on come this election cycle.

It seems like the right thing to do. Left, Right, Center, Non-Partisan, I don’t care where you lie on the political spectrum. Because to join this cause, this is what you need to know: 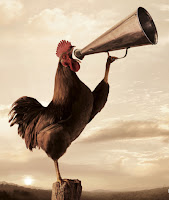 Right meaning “correct,” you see. I don’t know who said that originally but that sums it up nicely (thanks to commenter with the moniker “Not a wine critic” for sharing that).

Here then is the Rand Busters™ roll call (with links to posts) so far:

Yours Truly. The actual starter of this cause is probably William F. Buckley, but I’m picking up the torch for him. See the new “Ayn Rand” search tag.

Mark Shea, whom I dubbed “Faramir” once, has been on board with this long before I ever came around. I like his search tag too: The Evil Cult of Rand. Subtle!

Joe Carter (FYI, a Baptist) wrote a great post in First Things about what Objectivism has wrought. He’s a retired Marine too, so I took the liberty of drafting him into the cause.

Lisa Graas wrote a post that Mark shared the other day. It rings the bell with so much clarity that I promptly sent her a “welcome aboard” dispatch. Then the recruitment drive began in earnest with her awesome “link around post.” Check it out!

Daniel P. Horan, OFM. Another draftee, and a Franciscan, he wrote a post with sound ideas that has a very common sense title: The Irreconcilability of Ayn Rand and Christianity. Word.

John Janaro, Catholic blogger at Never Give Up gets the first ever Rand Buster™ Award for Best Anti-Objectivism Post Title with Jesus Does Not Shrug. In a minor miraculous bit of synchronicity, he and I unwittingly posted on Rand on the very same day back in March. Called at the same time, you see.

Anthony S. Layne hasn’t read a bunch of Ayn Rand’s work but he does play with some Ayn Rand Center for Individual Rights (golly you would think Rand penned the Bill of Rights or something!) guys named Yaron Brook and Onkar Ghate over at his blog Outside the Asylum. The post title? Of Robber Barons and Moral Codes. Bravo Zulu.

And wrapping it up so far, the other day Stacy Transacos signed up in the comm box. This morning, she posted this great, nay, AWESOME video over on her blog Accepting Abundance.

So how do you join the Rand Busters™? Simplicity itself. Write a blog post about how Christianity and Objectivism go together like oil and water. In other words, get the truth out there to the world. Then you can e-mail me the link to your post and I’ll take care of the rest with an occasional Round-up of the Rand Busters™ link-around post, sort of like this one today. That’s all there is too it.

The Rand Busters™ are non-Partisan and Ecumenical so all are welcome. If you know of others who should join our ranks, please have them contact me.

So report to your keyboards and get cracking like smoke and oakum! That is all. Here’s a little music to get your juices flowing.

June 16, 2011
To Pray for the Christians in the Middle East-UPDATED
Next Post

June 17, 2011 St. Anthony of Padua Relic Recovered!
Recent Comments
1 Comment | Leave a Comment
"Vaya con Dios, Leonard; Rest in Peace."
AnonCollie Leonard Nimoy Explains The Origin Of ..."
"Thank you for sharing"
Andy To Break My Fast from Being ..."
"I've seen Matt Maher live four times...twice since this song was released. I absolutely love ..."
Veritas81 WYD Flashback With Matt Maher, And ..."
"Yes, and Dolan should have corrected the scandalous and wrong decison of his predecessor when ..."
sixbunnies Archdiocese of New York Health Plan ..."
Browse Our Archives
Follow Us!