An Old Feature Polished Up and Given It’s Own Page 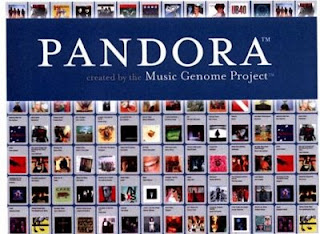 I’m talking about the YIMCatholic Pandora Radio stations. Frankly, I had forgotten about the possibilites of Pandora Radio. But then a reader jogged my memory after they stumbled across an old post penned by Webster Bull.

Written waaay back on New Years Eve in December of 2009, the post is about a station he had created called Bingen Radio. He built it around the seed of St. Hildegard of Bingen’s music. But his conclusion points to the blog’s Facebook page and a link that you will never find there. One (not exactly) frantic e-mail later, I promised to look into the matter.

So I logged into Pandora Radio and faster than you can say “presto,change-o” I unearthed that old station. And then I decided that, since others may enjoy it, I ‘ll go ahead and put the link for it in a more accessible location, you know, like the right-hand sidebar of the blog.=========>

You can find it now, right under Our Lord’s portrait and the YIMCatholic Bookshelf. It’s “chant city” over at Hildegarde of Bingen Radio. Need a recharge, or need to cool your jets surrounded by prayerful music? Bingen Radio is where you’ll want to go. I re-seeded it with Webster’s original selections, but have added a few more.

And then I had another brilliant idea, or three. Since I was already standing atop the shoulders of the geniuses on Mount Pandora Radio, I came up with another station showcasing artists from the wildly popular Music for Mondays posts. Ok, “wildly popular” may be an overstating things a bit, but say you can’t wait for Monday, or you don’t want to work your way through seven YouTube videos at a time. What to do?

Head to the station I built called Rare Earth Radio.Well, I didn’t build it, really, but I started it from the seed of one great band (Rare Earth),and then proceeded to fill the little garden there with seeds from artists that have been featured on the MfM rock n’ roll music posts. With everthing from Matt Maher to the Foo Fighters, Elvis Presley to Arcade Fire, it’s a pretty eclectic mix. I reckon that little garden is more like a 40 acre farm. Give it a whirl!

And there is a third channel called Antonio Vivaldi Radio started with the seed of the Red Priest himself, and surrounded with other classical composers from the Jesus Went Mainstream -Classical music posts. His brothers in the priesthood, Manuel de Zumaya and Tomás Luis de Victoria, hang their berettas there too.

And the fourth and final channel is called Jesus Just Left Chicago Radio and is packed with songs that include Our Lord’s name in their titles or in their lyrics. Everthing from showtunes (Jesus Christ Superstar and Godspell) to Carrie Underwood’s Jesus Take the Wheel is planted there. Who knows what the Music Geneome project will unearth around this theme?

So there you have it folks. Something old, something new, everything borrowed, and some of it blue. The YIMCatholic Pandora stations, available 24/7 on your personal electronic devices.

July 12, 2011
Thoughts on Obedience and Reading Maps without Guidance
Next Post

July 14, 2011 For Stuff My Abba Macarius Says About the Adversary
Recent Comments
0 | Leave a Comment
"Vaya con Dios, Leonard; Rest in Peace."
AnonCollie Leonard Nimoy Explains The Origin Of ..."
"Thank you for sharing"
Andy To Break My Fast from Being ..."
"I've seen Matt Maher live four times...twice since this song was released. I absolutely love ..."
Veritas81 WYD Flashback With Matt Maher, And ..."
"Yes, and Dolan should have corrected the scandalous and wrong decison of his predecessor when ..."
sixbunnies Archdiocese of New York Health Plan ..."
Browse Our Archives
Follow Us!