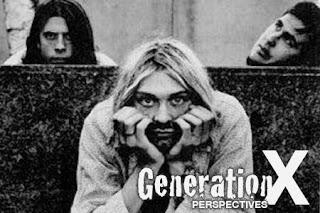 It’s the Catholic thing to do. Or you can keep doing what you’ve been doing, as the survey below reports, and continue on the treadmill to oblivion.

A new study by the Center for Work-Life Policy finds that despite being the smallest generation (46 million), Generation X might be “the most critical generation of all” for employers.

Gen Xers are of an age (33 to 46 years old) that should put them at the prime of their lives and careers, stepping into leadership roles and starting families. However, a recent study, titled “The X Factor: Tapping into the Strengths of the 33- to 46-Year-Old Generation,” reveals that due to challenges and circumstances out of their control, Gen Xers are taking a different life path.

That’s it…we’ll get them to plead “it’s out of my control” and before they realize it, their “prime years” will be gone ( and be all ours). Bawahahahahahahahahahahaha!

The study found a large number of Gen Xers are choosing not to have children. Their extreme work schedules (nearly a third of high earning Gen Xers work 60+ hours a week), strong career ambition, the current economic challenges, as well as changing mores, and life choices are all factors that contribute to their high level of childlessness compared to other generations.

Looks like we got ’em right where we want ’em. Keep working harder kids…that’s the answer! Besides, no babies and no diapers equals no little league games, no soccer, no ballet recitals to attend. This way, you can just keep grinding away for Mammon and the man. 60 hour work weeks can become 70 hour work weeks.

Gen X, born between 1965 and 1978, might be called the “wrong place, wrong time” generation, says the Center for Work-Life Policy. They were hit by an economic triple whammy: college-related debt, multiple boom and bust cycles (including the 1987 stock market crash, occurring just as Gen X entered the work force), and the housing slump. As a result, Gen X is the first generation not to match their parents’ living standards.

And they just might not ever…if they stick to our evil plan. Snicker, snicker.

While these economic woes have impacted most generations, they have hit Gen X the hardest in their work lives, the study found. Due to their own financial concerns, Boomers (grrrrrrr) are not retiring and are choosing instead to work an average of nine years longer than anticipated. This delays Gen X’s career progression, resulting in their feeling stalled in their careers and dissatisfied with their rate of advancement.

Heh. And perhaps we can convince them that it is more important to save for retirement, and worship at the altar of the almighty $$$ than it is to tend to their souls. Cackle, cackle.

Go read the rest here. Like I say in the title, continue to play the game to the world’s music and Gen-X will go down in flames (and so will the “Millenials” and all of us). Go the other way, dare I say it, the Catholic way, and you won’t. And even if you still crash, you’ll have at least lived your life to the fullest.

For what doth it profit a man, if he gain the whole world, and suffer the loss of his own soul? Or what exchange shall a man give for his soul?

Exactly! The girls can tell you,

And the boys too,

September 28, 2011 Thoughts (A Few Words for Wednesday)
Recent Comments
0 | Leave a Comment
Browse Our Archives
get the latest from
Catholic
Sign up for our newsletter
POPULAR AT PATHEOS Catholic
1