“Before Richard Dawkins Was…I Am.” 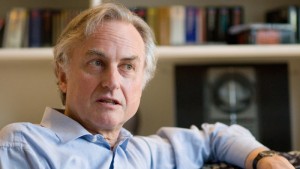 I think that is what Our Lord would say anyway, much to the consternation of “bright,”militant atheists everywhere. Of course, that is after He spit coffee out on His keyboard laughing. Go read Dawkins attempt to make sense of his brilliant idea over at The Blaze. Truly a more hilarious title (I added a few words) for an article has never been written,

It doesn’t get much funnier than that, does it? Guess how Oscar Wilde (a death-bed convert to the Church) defines a cynic?

A man who knows the price of everything, and the value of nothing (“Lady Windermere’s Fan,” 1891).

Of course, Oscar went on to realize that Truth was worth more than a pittance. There’s still hope for Richard too. Way back in 2006, though, he held forth completely on this subject at his website. The nutshell version?

Of course Jesus was a theist, but that is the least interesting thing about him. He was a theist because, in his time, everybody was.

See how easy that was? Groupthink is power! For the other side of the story, perhaps you’ll enjoy this selection I reached up and pulled down from the ever-ready YIMCatholic Bookshelf. This is from Cardinal James Gibbons classic, Our Christian Heritage.

The Divinity Of Christ, Attested By Himself And His Disciples. 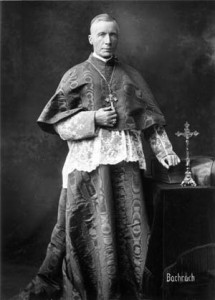 The Divinity of Jesus Christ is asserted or at least implied by Himself, as well as by His disciples, in almost every page of the New Testament.

Certain attributes are ascribed in the Gospels and Epistles to our Saviour, which cannot be predicated of human or angelic nature. His eternity is again and again proclaimed. St. John in the opening words of his Gospel, says: “In the beginning was the Word, and the Word was with God, and the Word was God” (John 1:1) It has never been questioned that the Word here refers to Jesus Christ. “I am Alpha and Omega, the beginning and the end, saith the Lord God, who is, and who was, and who is to come, the Almighty” (Rev 1:8) “I am the first and the last, . . . and I was dead, and behold I am living for ever and ever, and I have the keys of death and of hell” (Rev 1;18, see also Rev 22).

By these words not only His own eternal life, but His Sovereignty over death is declared. “Amen, amen I say to you, before Abraham was made, I am.” He does not say: Before Abraham was made, I was, but I am, thus not only claiming pre-existence, but asserting the consciousness of eternal Being by assuming the incommunicable name given to Jehovah in the book of Exodus.

St. Paul says of Christ: “Thy throne, O God, is for ever and ever. . . . Thou, O Lord, in the beginning, didst found the earth, and the heavens are the works of Thy hands. They shall perish, but Thou shalt remain, and they all shall grow old as a garment. And as a vesture, Thou shalt change them, and they shall be changed; but Thou art the self-same, and Thy years shall not fail.”

He is acknowledged to be the Source of all intellectual and supernatural life: “In Him was life, and the life was the light of men.” “He was the true light which enlighteneth every man that cometh into this world.” “I am,” He says, “the way, the truth and the life.” “I am the resurrection and the life.” “l am the light of the world. He that followeth Me, walketh not in darkness, but shall have the light of life.” “My sheep hear My voice; . . . and I give them life everlasting; and they shall not perish for ever.” St. Peter reproaches the Jews for having killed the Author of life.

He legislates with the conscious power and the absolute independence of Divinity. The people remarked that “He was teaching them as one having authority, and not as their Scribes and Pharisees.” He modestly, yet firmly declares Himself superior to prophets and kings, even to Solomon himself, the wisest and most gifted of royal legislators.

Moses and the Prophets are accustomed to use the phrase: “Thus saith the Lord.” Jesus speaks thus: “Amen, I say unto you.” They are the representatives of a higher name: He speaks in His own name. Keep the Commandments of God, is their exhortation: Keep My Commandments, is His injunction. They point out the way; Jesus proclaims Himself as the way. They give out some glimpses of truth; He declares Himself to be the truth. They bear the torch of light. He presents Himself as the source of all light. They announce the law to one nation; He commands His disciples to teach His truth to all nations of the earth.

The legislation of Christ is enforced by the most solemn sanction. He declares that the willful rejection of His Gospel will be avenged by a more awful retribution than was visited on the licentious inhabitants of Sodom and Gomorrah. Upon the acceptance of it, depends the eternal salvation of mankind.

Read the rest over on the YIMCatholic Bookshelf. And please, try to keep a straight face.

October 28, 2011 Quote of the Week
Recent Comments
0 | Leave a Comment
"Vaya con Dios, Leonard; Rest in Peace."
AnonCollie Leonard Nimoy Explains The Origin Of ..."
"Thank you for sharing"
Andy To Break My Fast from Being ..."
"I've seen Matt Maher live four times...twice since this song was released. I absolutely love ..."
Veritas81 WYD Flashback With Matt Maher, And ..."
"Yes, and Dolan should have corrected the scandalous and wrong decison of his predecessor when ..."
sixbunnies Archdiocese of New York Health Plan ..."
Browse Our Archives
get the latest from
Catholic
Sign up for our newsletter
POPULAR AT PATHEOS Catholic
1

What are people starving for, Fr....
Catholic Bard
Related posts from Why I Am Catholic