To Become Technically and Tactically Proficient 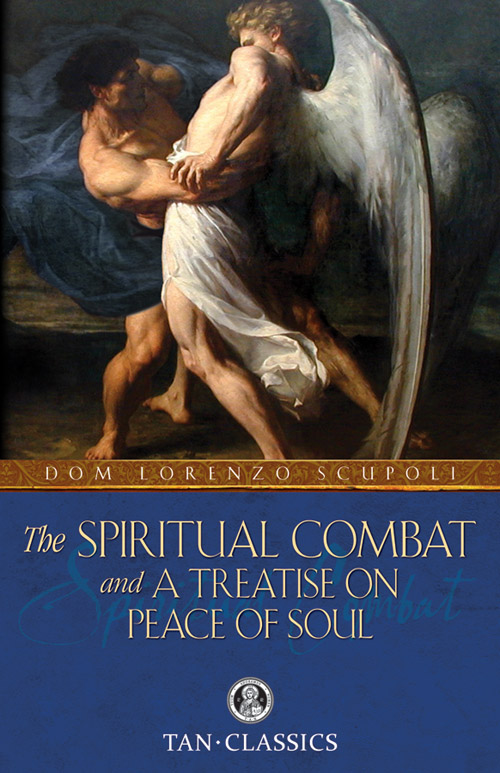 One of the characteristics of the Catholic Church that appealed to me right away was that not only does the Church teach the importance of strategy, but she also recognizes the importance of tactics. And like the Marine Corps, the Church Militant produces field manuals teaching and relating the effective use of both strategy and tactics. All of which are based on her actual experience gained in fighting, and winning,  spiritual wars.

Yes, I have been marital in this space of late but as I said, do not be afraid. It is not because I miss the action of being a Marine that’s driving my writing in recent posts. Instead, I’ve just been sharing a few examples from my military experience on ways to win the war that rages within each one of us, as well as the one that rages all around us. After all,

The life of man upon earth is a warfare, and his days are like the days of a hireling.

So says Job (7:1), and he should know. No, I haven’t waxed nostalgic for the “way of the warrior.” I just clearly recognize that in our state as Christians and as Catholics, we are all warriors. Whether you realize that or not probably has to do with where you are on your faith journey. If you are a Catholic, you are a warrior. Welcome aboard.

In the realm of spirituality, #1 and #2 of these thoughts are acceptable in my estimation. But we have to avoid #3 at all costs. When thinking along these lines, I can’t help but remember these words that I memorized long, long ago.

To locate, close with, and destroy the enemy, through fire and maneuver, or repel the enemy assault by fire and close combat. —Mission of the Marine Corps rifle squad.

When I was a kid with dreams of a glorious military career, I often read books about heroic military leaders. I was always intrigued by what books these heroes read as well. I learned that Chesty Puller, the cantankerous legendary Marine, kept a dog eared copy of The Conquest of Gaul by Julius Caesar in his pack or pocket. So I bought a copy too, and read it from cover to cover. 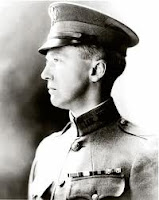 Last night, my family watched the movie Patton, starring George C. Scott. The version I picked up from the library had an introductory interview by the writer of the screenplay, Francis Ford Coppola. One of the things that Coppola found interesting about Patton was that he was “a Southern gentleman (by heritage, anyway, as he was also Chesty Puller’s cousin) who was also literary.” He was well read in other words. He studied everything he could get his hands on that he thought would help him in his vocation of fighting and winning wars.

As Catholics, we should do the same. How to use the “down time?” Read and constantly prepare for spiritual war. Because even if you aren’t engaged in combat operations right at this moment, you could be at any time. Where did I get the title of this post? From my Marine Corps leadership experience, of course. The first leadership trait Marines are taught is “know yourself, and seek self-improvement.” The wisdom of Sun Tzu put into action.

The second trait is “be technically and tactically proficient.” How? Take a look:

Before you can lead, you must be able to do the job. The first principle is to know your job. As a Marine, you must demonstrate your ability to accomplish the mission, and to do this you must be capable of answering questions and demonstrating competence in your job specialty. Respect is the reward of the Marine who shows competence. Tactical and technical competence can be learned from books and from on the job training.

Boring, right? But wait, there is more,

2. Seek out and associate with capable leaders. Observe and study their actions.

3. Broaden your knowledge through association with members of other branches of the U. S. armed services.

4. Seek opportunities to apply knowledge through the exercise of command. Good leadership is acquired only through practice.

5. Prepare yourself for the job of leader at the next higher rank.

Get the point? You’re not done training for war once you’ve earned the title Marine. You are just getting started! It is the same thing when you become a Catholic. Yes, the mark of Baptism lasts forever. But that doesn’t mean you are done. It means you are in Christ’s Army now, and it’s time to start, ahem, soldiering.

This might surprise you but professional military reading is not only encouraged in the Marine Corps, it is a requirement. So let me share a field manual with you that St. Francis de Sales kept in his cargo pocket and who went so far as to call it “the golden book.” Which means you need to order a copy of it,

pronto. Below is the full title and the preface to get you started,

The Spiritual Combat: To Which Is Added the Peace of the Soul, and Happiness of the Heart, Which Dies to Itself in Order to Live To God.

The following treatise comprehends in a concise manner, the whole system of a Devout Life, gathered from the maxims of the Gospel, particularly by those who regard humility and self-denial.

Among an infinity of encomiums which might be cited in its commendation, let it suffice to say that one of the greatest Saints those later ages have produced, St. Francis of Sales, for upwards of twenty years carried this book in his pocket, and never failed reading some pages of it every day: he called it his Director, and recommended it to all those who consulted him in the great affair of salvation.

And, though that excellent book, the Imitation of Christ, like this, tends to unite the soul entirely to God; yet St. Francis gave the preference to the Spiritual Combat, for this reason, because the latter reduces its maxims to practice; whereas the former contains indeed abundance of choice sentiments, but does not point out the immediate application of them.

The Spiritual Combat has this fate in common with several excellent treatises, to be attributed to various authors. What appears, most probable in regard to this tract is, that the first sketch of it was from the pen of Dom John de Castaniza, a Spanish Benedictine; but that the finishing hand, with very great additions, was put to it by Dom Laurence Scupoli, a Theatine of Italy.

As the author has laid down a plan, which if duly followed will lead to the most consummate sanctity; persons who live in the world, may imagine such spirituality too refined for their practice; but this may be depended on: that no one can read this little tract, without reaping great advantage from it in whatever state of life he is placed.

And if in the pursuit of human arts and sciences, we are fond of learning under the greatest masters, though we have very little hopes of attaining their perfection, certainly the same rule ought to direct our choice with regard to the science of the Saints, which at least, in some degree, is absolutely necessary for the salvation of our souls.

You never heard of the Theatines? Nor had I. But that is one of the beneficial side effects of learning about, and being, soldiers for Christ. There are a lot of regiments in Our King’s Army, from the Assumptionists to the Ursalines. Each with a different history, and a different charism, but all with the same mission: to bring all souls to salvation through Our Lord, Jesus Christ.

So don’t delay in reading Scripture, praying, and studying tactics like good soldiers. Get started today, before you walk into an ambush.

You’ll find the rest of The Spiritual Combat on the YIMCatholic Bookshelf.

January 25, 2012 Best. 2012. March for Life. Video. Ever.
Recent Comments
0 | Leave a Comment
Browse Our Archives
get the latest from
Catholic
Sign up for our newsletter
POPULAR AT PATHEOS Catholic
1

Law, Order, and Amy Coney Barrett
A Little Bit of Nothing
Related posts from Why I Am Catholic

Civil Unions? Girl Bye...Benedict's the Real Gay Icon
[Camp] is not a natural mode of sensibility, if there be any...
view all Catholic blogs
What Are Your Thoughts?leave a comment
Copyright 2008-2020, Patheos. All rights reserved.