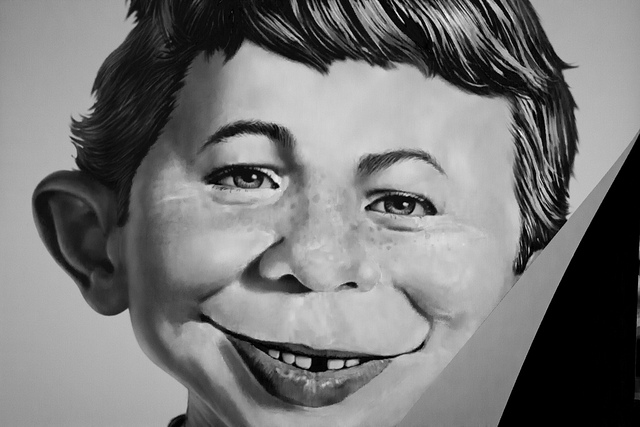 Really. It’s “contained.” Ben Bernanke says so. Cody Willard of Marketwatch gives us reasons to be confident in the latest pronouncement of The Great Ben,

I’d like to think that the Student Loan Crisis won’t matter. But if Bernanke says it won’t matter, then it probably will. I mean, that guy has a long history of being remarkably wrong about everything anytime he pontificates about the future:

May 17, 2007 – In March, Bernanke had said that the problems in the subprime market would only … Because of the great demand for mortgage-backed securities in the last few …

Jul 16, 2008 – Fed chairman says government-sponsored mortgage agencies are in no danger of falling.

Bernanke: No Recession On Horizon

Feb 11, 2009 – WASHINGTON — Federal Reserve Chairman Ben Bernanke said Thursday that the USA will avoid a recession, but that the outlook has deteriorated.

Trust, but verify. And remember what this fellow said,

“It’s almost been worth this Depression to find out how little our big men know.”
—Will Rogers

Just in time for a song for Monday. 🙂

August 20, 2012
The Tragic Tale of State-Sponsored Eugenics, Made Personal UPDATED
Next Post

August 21, 2012 Paul Ryan Said He's Pro-Life (Except in Cases of Rape)? Here's What Happened Next...UPDATED
Recent Comments
0 | Leave a Comment
Browse Our Archives
get the latest from
Catholic
Sign up for our newsletter
POPULAR AT PATHEOS Catholic
1