An Argument Against the HHS Mandate: Keep America Weird 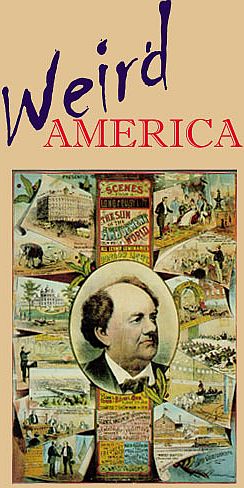 It may seem a strange way for an argument to develop, but really it is the American Way to allow for nonconformists to thrive.  This is one of our country’s hallmark traits, and a fruit of the wisdom of the founders of our republic.

For example, how many Chick-Fil-A’s were burned to the ground during the latest dustup in the American Culture wars? How many protesters were killed? I’m thinking none. And remember the Occupy Wall Street brouhaha? How many cars were set ablaze? How many store front windows were shattered? How many embassies did we raze?

Contrast that with the conflagration that has ensued elsewhere in recent days, in protests in the Middle East over a lame and obscure film that no one has ever really seen. In the United States, we tend to channel that aggression through the political process, which gets ugly in many ways, but rarely in deadly ways to the participants in the arena.

Thoughts like these came welling up for me when I saw the article written by William Mattox in USA Today entitled, “Keep America Weird.” Here’s a taste, 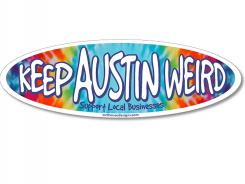 The slogan adopted by the Austin Independent Business Alliance. It was their way of calling for the preservation of the community’s sometimes-peculiar identity against cookie-cutter chains threatening to “McDonaldize” their hometown.

Now, I do not consider myself a weirdo, though my teenage kids probably have a different opinion, and I actually like some national chains. But I am convinced that we need to make the Austin campaign national: “Keep America Weird.”

And the impetus for my thinking, oddly enough, is a recent flurry of initiatives intended to deny San Francisco parents the freedom to circumcise their sons, butchers in the Netherlands the freedom to sell kosher or halal food and American Catholics the freedom to practice (or, um, not practice) their beliefs about birth control.

Lest there be any doubt, I am not a Catholic. And I have been known to mock some Catholic beliefs. But this year, I got a sprinkling — heck, it was more like a full immersion — into Catholic teaching about all things sexual. And while I didn’t come away fully transformed, neither was I “weirded out” in the way I expected.

You see, I’m a part of a weekly “skeptics book club” that meets to discuss different works. Over the past several years, our group has read and discussed everything from Christopher Hitchens’ God is Not Great to Tim Keller’s The Reason for God.

This spring, we read Pope John Paul II’s Theology of the Body. And while I didn’t buy all that JPII had to say, I found myself often surprised and challenged by the pope’s teachings. In the end, I came away with a newfound respect for many Catholic ideas, including some, such as celibacy, that I never hope to practice myself.

I mention all this because I worry that Obama’s health care plan is doing to Catholics what those cookie-cutter national chains were threatening to do to Austin’s bohemians: Rob them of their distinctive identity. Of their unique character. Of their freedom to be authentic.

Yes, I know Obama’s contraception mandate provides an exception for Catholic churches. But it offers no such relief to those running Catholic schools, hospitals and charities who want to live out their faith (and follow their church’s teachings) on more than just Sundays. In essence, the Obama administration’s message to these Catholics, despite a cosmetic compromise, is akin to telling Austin’s bohemians that they can dress like hipsters on the weekends so long as they behave like corporate shills Monday through Friday.

You’ll want to read the whole thing.  Especially when you recall the irony of officials in our Administration rebuking  folks overseas about the importance of freedom of expression and freedom of religion, while at home they softly trample our own.

Stay weird, America, and let folks object conscientiously like we’ve always been allowed to do in the past.

September 15, 2012 The Real Culprit Behind the Attacks Across the Islamic World UPDATED
Recent Comments
0 | Leave a Comment
Browse Our Archives
Related posts from Why I Am Catholic