A Mother Asks, Will We Have the Courage to Discuss Mental Illness Too? UPDATED 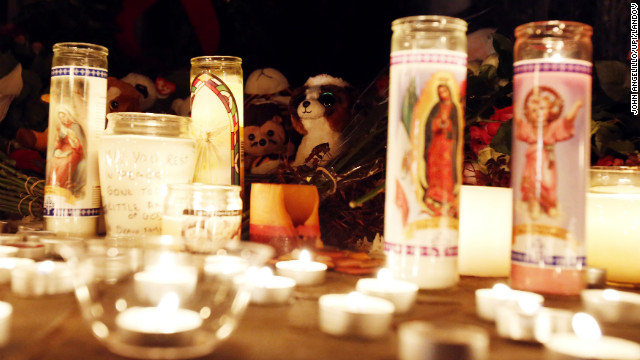 It’s Sunday morning in the aftermath of another national gun-related tragedy. We collectively lift up our hands in prayer as a nation, with weeping and lamentation. Even Saturday Night Live handled our mourning with class and dignity. And as we wonder “why?” we also say to ourselves “never again” and wonder how we can make the carnage stop.

First up is the perspective from the “easy to discuss” department.

Nicholas Kristoff has an opinion piece in the New York Times this morning wondering whether or not we have the courage to regulate guns in the same way we regulate drivers licenses. He’s not shrill, or nonsensical. His points are cogent, and valid. In fact, they make perfect sense, to normal, healthy, people.

In the harrowing aftermath of the school shooting in Connecticut, one thought wells in my mind: Why can’t we regulate guns as seriously as we do cars?

The fundamental reason kids are dying in massacres like this one is not that we have lunatics or criminals — all countries have them — but that we suffer from a political failure to regulate guns.

Children ages 5 to 14 in America are 13 times as likely to be murdered with guns as children in other industrialized countries, according to David Hemenway, a public health specialist at Harvard who has written an excellent book on gun violence.

I don’t think any reasonable person would object to the idea of making it tougher for folks to purchase handguns, high capacity magazines, etc., in an effort to combat gun violence and slaughter (and the mental scaring for life of survivors) of innocent children. We should do everything in our power to prevent unspeakable horror like this from ever happening again.

But the elephant in the room is to discuss the possibility that this latest tragic shooting spree was not perpetrated by a normal young man who just “lost it,” and tripped over the line from sanity to insanity, as normal folks are prone to do every once in a while. In dealing with the aftermath, and the desire to come up with policies to prevent such horrors in the future, will we also have the courage to address the crisis of violent forms of mental illness, and how as a society we have basically dismantled the capacity to effectively treat folks who suffer from it?

So now we move on to the perspective from the “not so easy to discuss” department.

Liza Long, in a story reprinted by Gawker, shares her own harrowing, and thought provoking, story of dealing with her son. The title of the piece will get your attention, as will the narrative.

I Am Adam Lanza’s Mother

Three days before 20 year-old Adam Lanza killed his mother, then opened fire on a classroom full of Connecticut kindergartners, my 13-year old son Michael (name changed) missed his bus because he was wearing the wrong color pants.

“I can wear these pants,” he said, his tone increasingly belligerent, the black-hole pupils of his eyes swallowing the blue irises.

“They are navy blue,” I told him. “Your school’s dress code says black or khaki pants only.”

“They told me I could wear these,” he insisted. “You’re a stupid bitch. I can wear whatever pants I want to. This is America. I have rights!”

“You can’t wear whatever pants you want to,” I said, my tone affable, reasonable. “And you definitely cannot call me a stupid bitch. You’re grounded from electronics for the rest of the day. Now get in the car, and I will take you to school.”

I live with a son who is mentally ill. I love my son. But he terrifies me.

A few weeks ago, Michael pulled a knife and threatened to kill me and then himself after I asked him to return his overdue library books. His 7 and 9 year old siblings knew the safety plan-they ran to the car and locked the doors before I even asked them to. I managed to get the knife from Michael, then methodically collected all the sharp objects in the house into a single Tupperware container that now travels with me. Through it all, he continued to scream insults at me and threaten to kill or hurt me.

That conflict ended with three burly police officers and a paramedic wrestling my son onto a gurney for an expensive ambulance ride to the local emergency room. The mental hospital didn’t have any beds that day, and Michael calmed down nicely in the ER, so they sent us home with a prescription for Zyprexa and a follow-up visit with a local pediatric psychiatrist.

We still don’t know what’s wrong with Michael. Autism spectrum, ADHD, Oppositional Defiant or Intermittent Explosive Disorder have all been tossed around at various meetings with probation officers and social workers and counselors and teachers and school administrators. He’s been on a slew of antipsychotic and mood altering pharmaceuticals, a Russian novel of behavioral plans. Nothing seems to work.

No one wants to send a 13-year old genius who loves Harry Potter and his snuggle animal collection to jail. But our society, with its stigma on mental illness and its broken healthcare system, does not provide us with other options. Then another tortured soul shoots up a fast food restaurant. A mall. A kindergarten classroom. And we wring our hands and say, “Something must be done.”

I agree that something must be done. It’s time for a meaningful, nation-wide conversation about mental health. That’s the only way our nation can ever truly heal.

Read the entire story of how frightening it is when dealing with a mentally ill child who has violent tendencies, and whom you love with all your heart.

Reflections from bloggers  in Bishop Richard Stika’s diocese: Faith in the Midst of Tragedy.

Monsignor Charles Pope: A Brother’s Reflection on the Struggle of the Mentally Ill, in the wake of a great tragedy.

December 15, 2012
To Mourn and Embrace Pain in the Present Moment
Next Post

December 16, 2012 Video: President Obama Speaking at the Prayer Vigil for Newtown Shooting Victims
Recent Comments
0 | Leave a Comment
"Vaya con Dios, Leonard; Rest in Peace."
AnonCollie Leonard Nimoy Explains The Origin Of ..."
"Thank you for sharing"
Andy To Break My Fast from Being ..."
"I've seen Matt Maher live four times...twice since this song was released. I absolutely love ..."
Veritas81 WYD Flashback With Matt Maher, And ..."
"Yes, and Dolan should have corrected the scandalous and wrong decison of his predecessor when ..."
sixbunnies Archdiocese of New York Health Plan ..."
Browse Our Archives
Follow Us!