Riddle Me This: Why Has a Catholic Social Network Site Partnered with Google?

Riddle Me This: Why Has a Catholic Social Network Site Partnered with Google? January 30, 2013 Frank Weathers 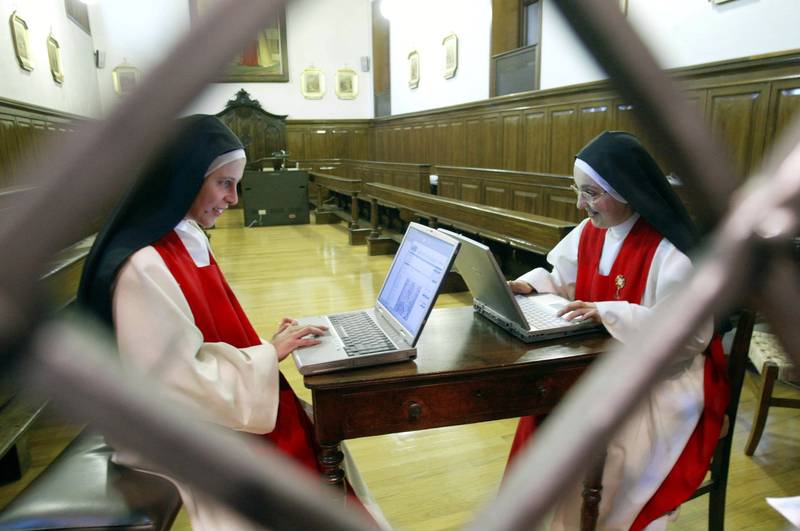 To try and find answers to questions like, “What do Catholics want from the interwebs?” The Vatican Insider  calls it a “holy Web alliance.” Take a look,

What does the Web say about the Catholic Church? What do Catholics – and not only – want from the Web? And which ethical and spiritual issues are most widely discussed by Internet users? Aleteia, a worldwide Catholic network – which presents itself as a “Worldwide Catholic Network Sharing Faith Resources for those seeking Truth” – has formed an alliance with search engine giant Google to try to find answers to these questions.

The network, which has been in “beta” phase for several years, was launched officially today. Through what is known as “web listening”, the network offers the possibility of analysing trending topics, the most talked-about Catholic Church-related issues on the Net.

To mark the launch of the website’s new functionalities, Aleteia presented its first report entitled “Web listening and spirituality”, which is the result of careful Web listening and aims to give a picture of all the trending religious and ethical topics of 2012 on the Web.

The report reveals that it is Americans and social networks that are predominantly involved in the religious and spiritual debate on the Web: More than two thirds of comments come from the U.S. and almost half of these are made on social networks. Interest in the issue seems pretty constant, with no significant peaks between months, although the online debate becomes more intense and predictable when controversial issues such as same-sex marriage come up.

Other hot topics include bioethical issues such as abortion and euthanasia. When it comes to specifically faith-related issues, the French argue predominantly about relations with Islam whereas the Mexicans concentrate on the defence of minorities and Italians, perhaps a little surprisingly, are big on the catechesis debate.

More on the official launch of Aleteia can be found at EWTN’s news blog, “Joan’s Rome.” Harold Fickett, formerly of Catholic Exchange, runs the English language sleeve of the network.

January 30, 2013 Something That Gets Passed Around. (Because Catholics Can Laugh)
Recent Comments
1 Comment | Leave a Comment
"Vaya con Dios, Leonard; Rest in Peace."
AnonCollie Leonard Nimoy Explains The Origin Of ..."
"Thank you for sharing"
Andy To Break My Fast from Being ..."
"I've seen Matt Maher live four times...twice since this song was released. I absolutely love ..."
Veritas81 WYD Flashback With Matt Maher, And ..."
"Yes, and Dolan should have corrected the scandalous and wrong decison of his predecessor when ..."
sixbunnies Archdiocese of New York Health Plan ..."
Browse Our Archives
get the latest from
Catholic
Sign up for our newsletter
POPULAR AT PATHEOS Catholic
1