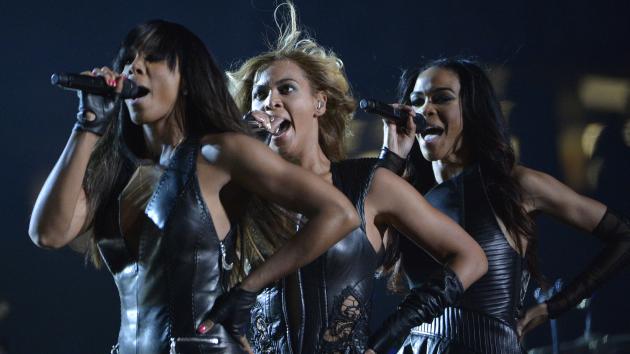 Just when you thought you were safe from hearing anymore about the Super Bowl Halftime Show starring Beyoncé, it turns out you aren’t.

Many folks were offended by Beyoncé’s choice in cloths because they were, you know, immodest.  Some of my blog neighbors, Calah Alexander, and Elizabeth Husted Duffy (wow, that post went viral!), discussed this at length. Taylor Marshall, over at Canterbury Tales, has an opinion too.

My take on her wardrobe? At least there wasn’t any contrived “malfunctions” to speak of, like that time Janet Jackson was the performer.

Noting her costume appeared to be made of leather, I shared this verse from Genesis chapter 3 with friends,

The LORD God made for the man and his wife garments of skin, with which he clothed them.

According to PETA (People for the Ethical Treatment of Animals), therein lies the problem. The Guardian has the details,

Peta has come down strongly against Beyoncé’s recent Super Bowl appearance, complaining that the singer’s scanty costume was made of python, iguana and cow.

“[The] game was great,” animal rights activists announced, according to the New York Daily News. But officials at Peta were much less happy with Beyoncé’s half-time appearance – not because of the pyrotechnic electric guitar, the subsequent power outage, or even her decision to skip the song, If I Were a Boy. They’re angry about her bodysuit.

“We would take a bet that if Beyoncé watched our video exposés, she’d probably not want to be seen again in anything made of snakes, lizards, rabbits or other animals who died painfully,” Peta said in a statement. “Today’s fashions are trending toward humane vegan options, and Beyoncé’s Super Bowl outfit missed the mark on that score.”

The singer’s skintight spectacular was designed by Rubin Singer, who took inspiration from his forthcoming Fall 2013 collection, Valkyrie’s Dominion. The multi-piece jacket, leotard and skirt required 200 hours to assemble, E! reported, and incorporated python and iguana skins, trapunto-pick stitched leather, nylon, metal, plastic, silk and Chantilly lace. The only thing missing would seem to be the feathers of Baltimore ravens. “It’s the biggest moment of my career,” Singer told the New York Times.

This is Beyoncé’s second animal rights scandal in under a month. Following the singer’s appearance at Barack Obama’s presidential inauguration, activists criticised the singer’s decision to wear a mink coat. “What does it mean when one of the most popular musicians in the world endorses the fur trade in such a dramatic way?” Peta wrote. The group has pointed out that first lady Michelle Obama does not wear fur.

Beware the third strike,  Beyoncé, because then… you’re OUT!

February 6, 2013
A Message From Your Captain. This Is Only A Test...Do Not Be Alarmed!
Next Post

February 6, 2013 Biography of St. Francis Xavier Shows Up In New York Public Library 55 Years Past Due
Recent Comments
0 | Leave a Comment
Browse Our Archives
get the latest from
Catholic
Sign up for our newsletter
POPULAR AT PATHEOS Catholic
1