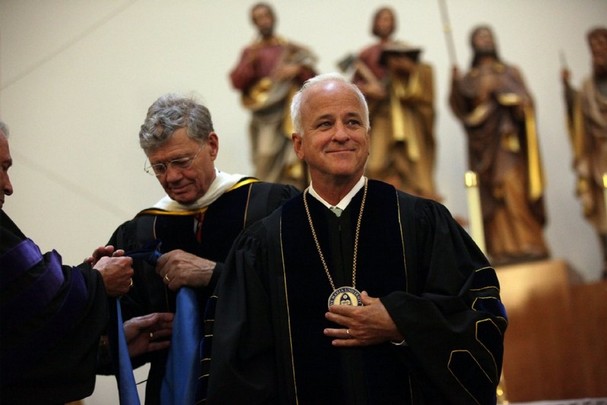 Hint: It’s not the most recent attempt floated last Friday. Writing an op-ed piece in The Hill, Jim Towey, President of Ave Maria University, explains why the college is not impressed with the new version of the Mandate, and what a workable solution for religious liberty would look like.

His administration’s declarations of accommodation are fooling no one. So what would a sincere effort to reach accommodation on the religious liberty front look like?

First, he would abandon his “take it or leave it” negotiating strategy and actually listen to the groups adversely affected by the Health and Human Services dictate. The very stakeholders who are seeking justice in federal court were as surprised as everyone else when voluminous, new proposed rules were rolled out. We have seen two Friday afternoon press announcements declare accommodation but deliver no real relief.

If the administration were sincere about finding a balance between establishing a birth control entitlement and respecting the rights of religious groups who refuse to be conscripted in the service of it, officials would sit down with critics and craft a compromise instead of only consulting the policy’s proponents to see what concessions they can grudgingly give. To date, the manner in which his administration has dialogued with faith-based groups who oppose his new policy has been nothing less than insulting. The ineptitude of the Obama Faith-Based Office has never been more apparent.

Second, he would invite Congress to the negotiating table so that a broader-based consensus could be reached. If free contraception is as widely popular as he says, why wouldn’t he? No member of Congress who considered the president’s sweeping 2010 healthcare reform legislation spent a solitary second debating whether “preventive care” should include a universal right to free abortion-inducing drugs. That determination was made by HHS a year later.

Who made those bureaucrats God? I understand the political appeal during a national election of crying “war on women” but the election is over, and few people care what Sandra Fluke, the law school student surrogate of the Obama campaign who championed free birth control, has to say. Instead, many taxpayers feel there is an equally compelling “war on the wallet” under way and want to know exactly why they have to buy birth control pills for Fluke and others who can afford to pay.

Until the Administration realizes that the Church  is adamant about her belief in the sinful nature of so-called “reproductive preventive services,” HHS may never provide the compromise the Church seeks and needs. As noted above, unless Congress is involved, and unless real, substantive, discussions between the Bishops, our legislators, and the Administration takes place, a workable solution may elude us. 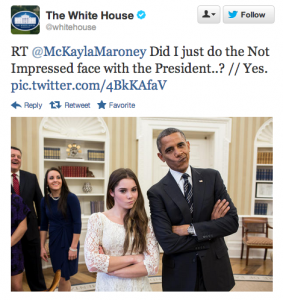 February 7, 2013
Whom Shall We Obey? (The Quotable St. Thomas Aquinas)
Next Post

February 7, 2013 Cardinal Dolan Speaks. Movement, But Not Enough on the HHS Mandate. UPDATED
Recent Comments
0 | Leave a Comment
Browse Our Archives
Follow Us!