A Little Message About the Conclave from the Noise to Signal Ratio UPDATED March 5, 2013 Frank Weathers 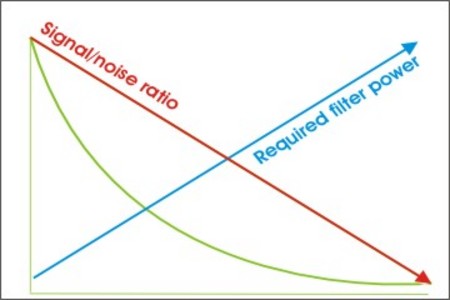 New Advent shared a piece today from the Inquirer in Philadelphia. It’s an interview of Rocco Palmo of Whispers in the Loggia. He basically says everything you need to know about the conclave right here,

“Within nine to 12 days, the cardinals will have a conclave and it’s a crapshoot. Nobody knows what’s going to happen.“

That’s what smart folks say about a random walk. And by that term I mean,

The theory that stock price changes have the same distribution and are independent of each other, so the past movement or trend of a stock price or market cannot be used to predict its future movement. In short, this is the idea that stocks take a random and unpredictable path.

Same thing for trying to outfox a sequestered conclave when we won’t even know who is on the ballot.

But Frank! We want, nay we need, to know all about the papabile!

Noise, dear reader. All that stuff is just noise.

Personally, I’m glad we have cardinals to go to Rome when the “All Captains” signal is hoisted from the flag ship. That way, see, I don’t have to go there.

The last time I was in Rome (1993) a) I wasn’t a Catholic, and b) it’s a miracle I didn’t get thrown in jail. I think Rocco Palmo was maybe 10 years old at the time. Did I mention Rocco is staying home too? Smart kid.

I’m not saying some of the noise isn’t fun, though. Like adopting a cardinal is a pretty cool idea. Fantasy Conclave? Have fun with it. New Advent’s Buzz Meter? It would make a great electronic dartboard. The Register has the latest on the lineup? Watching paint dry may be more exciting.

But I tend not to get excited about stuff when I have absolutely no skin in the game. I’m like the grizzled noncom who doesn’t really care who the Commandant of the Marine Corps is, as long as he’s more of a Marine than I am, and you salute him properly.

Noise wise, I had some fun with the idea of who might be Pope as well, but none of you have sent me pictures of cardinals drinking mugs of beer, so I’m in the same boat with Rocco when I say I haven’t the foggiest who the next Pope might be. And I sleep really well at night too.

You’ll know who the next Pope is at the same time Rocco and I know. When we get the signal. When the white smoke rises from the chimney.

Lizzie’s going to Rome so we don’t have to! 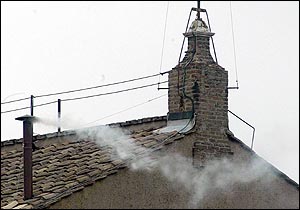 March 6, 2013 Attention to Orders: Fall In for Prayer Muster at 1100 Eastern Time
Recent Comments
0 | Leave a Comment
"Vaya con Dios, Leonard; Rest in Peace."
AnonCollie Leonard Nimoy Explains The Origin Of ..."
"Thank you for sharing"
Andy To Break My Fast from Being ..."
"I've seen Matt Maher live four times...twice since this song was released. I absolutely love ..."
Veritas81 WYD Flashback With Matt Maher, And ..."
"Yes, and Dolan should have corrected the scandalous and wrong decison of his predecessor when ..."
sixbunnies Archdiocese of New York Health Plan ..."
Browse Our Archives
get the latest from
Catholic
Sign up for our newsletter
POPULAR AT PATHEOS Catholic
1