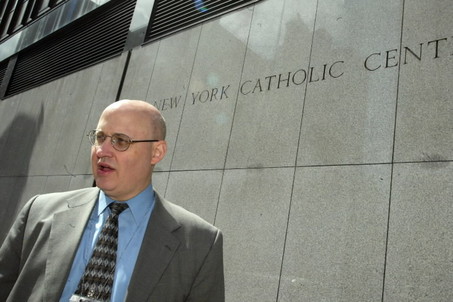 Joseph Zwilling, Director of Communications for the Archdiocese of New York, released the following statement today, May 27, 2013.

“Today’s New York Times story, “Archdiocese Pays for Health Plan That Covers Birth Control,” incorrectly equates the health care benefits of the members of Union 1199 – including those 1199 employees at Catholic facilities – with the Health and Human Services mandate that improperly attempts to define the Church’s religious ministry and could force religious employers to violate their conscience.  The Constitution and other provisions of federal law prohibit the government from imposing the mandate on the Archdiocese.  A labor union is not subject to the same constraints as the federal government in this regard, and so the fact that 1199 requires these benefits as part of its plan does not excuse the government’s violation of the Archdiocese’s federal rights.

What the 1199 health plan and the HHS mandate share is that the Archdiocese has objected to the dilemma of choosing between providing health care to employees or violating its sincere religious beliefs in both instances.  ArchCare did not exist at the time the contract with 1199 was finalized.  When ArchCare was formed, it inherited this situation and objected to these services being included in the 1199 health plan.  However, ArchCare had no other option but to pay into the fund which administers the union members’ benefits “under protest” to continue to offer insurance to its union workers and remain in the health care field in New York.  Similarly, the Archdiocese has attempted to negotiate with the Administration, advocated for a change in legislation in the Congress, and filed a lawsuit last May objecting to the HHS mandate.  In all cases where the health insurance benefit plan is under the control of the Archdiocese, including for all non-union ArchCare employees, contraceptive care services are not provided.”

The article in the Sunday New York Times can be found here.

May 28, 2013 Let's Help Push Fr. Pontifex Over The Goal Line!
Recent Comments
5 Comments | Leave a Comment
Browse Our Archives
Related posts from Why I Am Catholic