Your “Must Read” of the Day: The Pope Francis Interview in America Magazine UPDATED

Your “Must Read” of the Day: The Pope Francis Interview in America Magazine UPDATED September 19, 2013 Frank Weathers 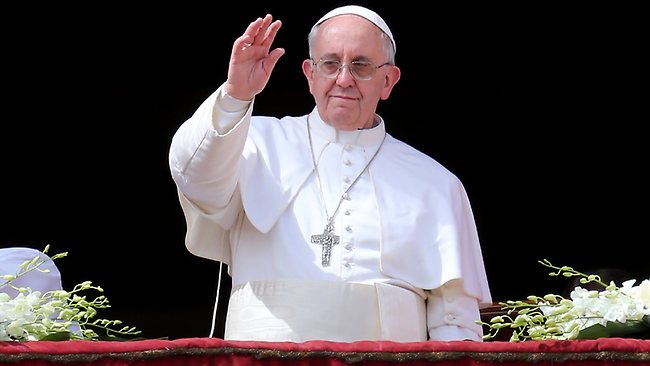 It’s big. It’s bold. And it’s the first time America has ever interviewed a pope. Actually, a Jesuit priest from the Italian journal La Civiltà Cattolica did the interviewing from questions drafted by various Jesuit publications, including America.

Titled A Big Heart Open to God, it’s chock full of quotes that will make you nod your head in approval, even if some of them will catch you by surprise. Quotes like,

“I see clearly that the thing the church needs most today is the ability to heal wounds and to warm the hearts of the faithful; it needs nearness, proximity. I see the church as a field hospital after battle. It is useless to ask a seriously injured person if he has high cholesterol and about the level of his blood sugars! You have to heal his wounds. Then we can talk about everything else. Heal the wounds, heal the wounds…. And you have to start from the ground up.”

“Instead of being just a church that welcomes and receives by keeping the doors open, let us try also to be a church that finds new roads, that is able to step outside itself and go to those who do not attend Mass, to those who have quit or are indifferent. The ones who quit sometimes do it for reasons that, if properly understood and assessed, can lead to a return. But that takes audacity and courage.”

“The church sometimes has locked itself up in small things, in small-minded rules. The most important thing is the first proclamation: Jesus Christ has saved you.”

Your mission, if you choose to accept it? Get over to America and read it all.

Do yourself a favor and skip the New York Times version.

Aggie Catholics: 7 Reasons Why Pope Francis Worries Some Catholics & Why They Shouldn’t Worry.

September 17, 2013
Shocking! Pope Francis and I Agree on Politics
Next Post

September 20, 2013 The Obama Administration Appeals Hobby Lobby Case to the Supreme Court
Browse Our Archives
get the latest from
Catholic
Sign up for our newsletter
POPULAR AT PATHEOS Catholic
1