For Thoughts On The “Duck Dynasty” Imbroglio By Audrey Assad

For Thoughts On The “Duck Dynasty” Imbroglio By Audrey Assad December 22, 2013 Frank Weathers 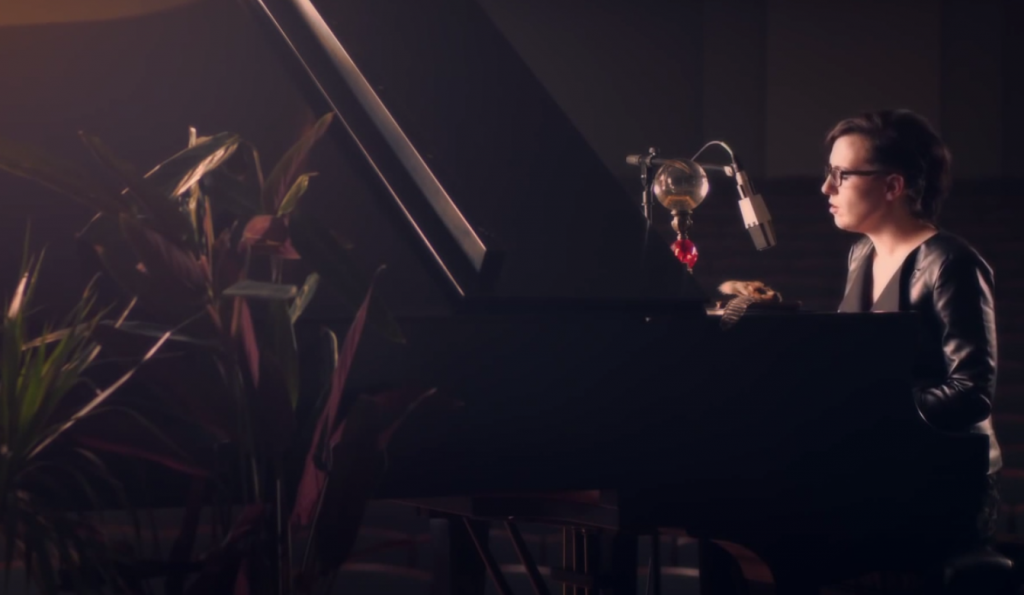 Why? Because she brings a refreshingly Catholic perspective to the story o’ the hour.

Who is Audrey Assad? She’s a singer/songwriter/musician, and Catholic convert from Evangelical Protestantism. Fans of Matt Maher know about her. She’s even performed for the Frannies seeking to renovate a music hall for The Harmonium Project. FYI, the contribution perk awarding contributors her album? Sold out. But you can still sample her style on YouTube, and pick up a copy of her album, Fortunate Fall, either as a CD or in digital format, elsewhere.

But enough about her musical chops. Check out her reasonable thinking chops in a blog post she published yesterday entitled, Personhood, Sexuality, and Phil Robertson. Here’s a snippet to get you started,

Major religions have, many times through the centuries, held certain disagreements with societal thought about sexual morals. This is nothing new. Many of the same questions have been asked for thousands of years, the same conclusions drawn on both “sides” of the questions. As a child of fundamentalist Evangelicalism, I experienced a lot of confusion about this stuff—particularly in the area of sexuality and personhood, and how they integrated or related. Did they? In what ways? To what degree did my sexual attractions define who I was, or how God perceived me? Questions from me on these topics were met by leaders in my community with hushed tones and well-meaning, but severely misguided, instructions “not to wonder about these things.”

As a Catholic Christian at thirty years of age, I counsel myself (and others) very, very differently these days. Do—do wonder. Wonder about your sexuality, your sexual struggles, your sexual desires—about what they all mean in relation to your personhood. Ask, think, research, read. It is not only the answers to these questions that reveal who you are—it’s the questions themselves. It is not a coincidence that dogs and cats don’t look at their genitals and wonder what they’re for and why they were born with this kind as opposed to that kind. It’s no evolutionary hiccup that little rats and raccoons don’t ask their parents where babies come from. We are different. We are beings of reason, of soul. We wonder these things, very early and very often—and this is crucial to understanding who we are. Sex is not just about rubbing body parts together or perpetuating the species, though it encompasses both of those (dare I say?) perks—sex and sexuality are gateways to the truth about who we really are, and we ought to see them as such.

“The fact that theology also considers the body should not astonish or surprise anyone who is aware of the mystery and reality of the Incarnation. Theology is that science whose subject is divinity. Through the fact that the Word of God became flesh, the body entered theology through the main door. The Incarnation and the redemption that springs from it became also the definitive source of the sacramentality of marriage…” (TOB April 2, 1980) p. 88

“Understanding the fundamental meanings contained in the mystery of creation, such as the nuptial meaning of the body…is important. It is indispensable in order to know who man is and who he should be, and therefore how he should mold his own activity.” (TOB Feb. 13, 1980) p. 74

“The body, and it alone, is capable of making visible what is invisible: the spiritual and the divine. It was created to transfer into the visible reality of the world the mystery hidden since time immemorial in God [God’s love for man], and thus to be a sign of it.” (TOB Feb. 20, 1980) p. 76

-the quotes above have been drawn from http://www.jp2.info/Theology_of_the_Body.pdf

This—believing that in the mystery of the physical and sexual makeup of the human body lies deep truths about who we are, who God is, and why He made us—is not to say that sex, gender, or sexuality defines us. If there is any common thread to the collective orthodox and historic Church statements on this topic, it is that these things do not define us completely. They are very closely tied to our core personhood, but they are not quite that. We see this idea lived out in our current society’s admirable fight for gender equality—for example, women are not prohibited from working because they have uteruses and bear children. If sexuality was completely core to our personhood, then gender would be the deciding factor in these issues (as it has been in other cultures, and in our own, in the past)—but, we argue, a person ought not to be reduced to their sexual organs and treated only in consideration of what those organs permit them to do. A man doesn’t bear children, so it’s technically easier for him to work. But even though a woman’s sexual function is different, and presents some obstacles to working outside the home, we argue, it should not prohibit her from achieving similar, and sometimes same, goals and dreams. This is a very good conclusion, because it resists the temptation to reduce each person to his/her sexual makeup and function. And the Church should protect and uphold this objective good in the world, as John Paul II affirms so eloquently in his letter to women.

Read it all. Because Robertson’s off-the-cuff remarks, simplistic language, based on ideas that reduce folks to their body parts (and their attraction to the same), isn’t near enough for what is needed when articulating to the world Christian thoughts on the subject of sexuality.

December 21, 2013
To Leave the Shackles of Human History Behind
Next Post

December 23, 2013 Quacking On About Duck Dynasty, Homoeroticism, And The Usefulness Of The Historical-Critical Method
Recent Comments
4 Comments | Leave a Comment
Browse Our Archives
get the latest from
Catholic
Sign up for our newsletter
POPULAR AT PATHEOS Catholic
1

Thanks For Giving Us More COVID,...
A Little Bit of Nothing
Related posts from Why I Am Catholic