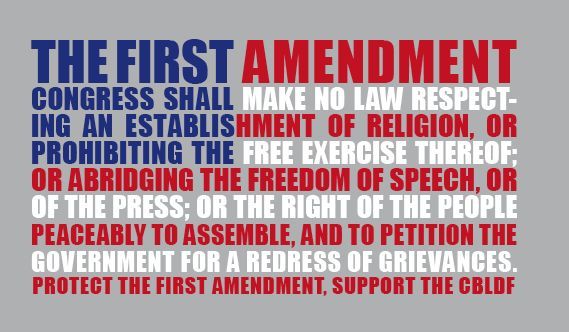 This time to a couple of private, religious universities in the state of Texas, and a seminary in Pennsylvania. Good news from the front, via The Becket Fund for Religious Liberty.

Washington, D.C. – Today a Houston federal court delivered a major blow to the controversial HHS mandate ruling in favor of East Texas Baptist University and Houston Baptist University. In a 46-page opinion, the court ruled that the federal mandate requiring employers to provide employees with abortion-causing drugs and devices violates federal civil rights laws, and issued an injunction against the mandate. Religious plaintiffs have now won injunctions in 9 out of 12 such cases involving non-profit entities challenging the mandate.

“The government doesn’t have the right to decide what religious beliefs are legitimate and which ones aren’t,” said Eric Rassbach, Deputy General Counsel at the Becket Fund for Religious Liberty, and lead attorney for East Texas Baptist and Houston Baptist Universities. “In its careful opinion, the Court recognized that the government was trying to move across that forbidden line, and said “No further!”

In its opinion, the federal court specifically rejected the government’s argument that it evaluate the Universities’ beliefs: “The religious organization plaintiffs have shown a sincerely held religious belief that the court cannot second-guess.”

The decision is part of a recent groundswell of cases decided against the government. In nine of the twelve cases decided thus far, federal district courts across the country have issued injunctions against the mandate.

“The government has enforced the health care reform law very unevenly, handing out exemptions to those it sees as its allies,” stated Rassbach. “Perhaps the worst part of the government’s approach is that it seems to have decided that religious institutions are the only ones not to get an exemption.”

Also participating as plaintiff in the case is Westminster Theological Seminary, a Reformed Protestant seminary based in Philadelphia. Westminster is represented by Kenneth Wynne of Wynne & Wynne, LLP.

The plaintiffs’ injury outweighs the government’s injury if an injunction is granted. Granting the injunction preserves the status quo, which the government has failed to show a compelling interest in changing. See Roman Catholic Archdiocese, 2013 WL 6579764 (citing Cornish v. Dudas, 540 F.Supp.2d 61, 65 (D.D.C.2008)); see also Tyndale House Publishers, 904 at 29–30 (D.D.C. 2012). The public interest weighs in favor of granting the injunction. Protecting constitutional rights and the rights under RFRA are in the public’s interest. “Congress [has] obligated itself to explicitly exempt later-enacted statutes from RFRA, which is conclusive evidence that RFRA trumps later federal statutes when RFRA has been violated.” Hobby Lobby, 723 F.3d at 1114, 1146. This is why some have equated RFRA to a constitutional right. Id. Having decided not to explicitly exempt the ACA from RFRA, it is in the public’s interest to enjoin the application of federal statutes that violate RFRA. The plaintiffs are entitled to an injunction preventing the enforcement of the mandate and accommodation to them, their plans, their TPAs, and their issuers.

The government is enjoined from applying or enforcing the regulations that require the plaintiffs, their health plans, TPAs, or issuers, to provide or execute the self-certification forms that enable or require the TPA or issuer to provide health insurance coverage for the plaintiffs’ employees for FDA-approved emergency contraceptive devices, products, or services under the requirements imposed in 42 U.S.C. § 300gg-13(a)(4), Pub. L. 11-148, § 1563(e)-(f), as well as the application of the penalties found in 26 U.S.C. §§ 4980D & 4980H, and 29 U.S.C. § 1132. An order of injunction will separately issue.

Religious plaintiffs are beating the government in the courts, 9-3? A pretty good record, that, as the SCOTUS date in March for the for-profit plaintiffs (Hobby Lobby, and Conestoga Wood Products) looms ever larger. 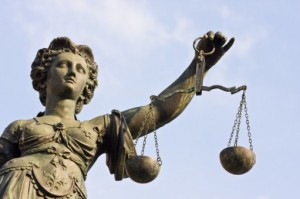 Why Pro-Lifers Should Vote Blue: Intro
Mudblood Catholic
Related posts from Why I Am Catholic