What an awful headline. It’s like something that Charlton Heston was screaming in Soylent Green.

It sounds like something from a classic English fairy tale meant to terrify children to bed. A pair of British hospitals this month acknowledged burning the remains of aborted babies for energy to heat the building in a practice aping Jonathan Swift’s A Modest Proposal, by which the 18th century children of the Irish poor would be sold for food to the rich.

Health Minister Dan Poulter(ed. a medical doctor, and Member of Parliament) on Sunday ordered an end to the “totally unacceptable” practice, noting the vast majority of British hospitals continue to follow proper procedures for disposing of such biomedical waste. An investigation by journalists earlier this month found that 27 hospitals have burned more than 15,000 fetal remains in just the past two years alone, without consulting patients on their wishes for the remains.

Moreover, hospitals sometimes lied to patients about the disposal of biomedical waste. Administrators at Addenbrooke’s Hospital in Cambridge incinerated 797 fetuses to create energy for heating, telling their patients the remains had been “cremated.” Likewise, a private contractor operating at Ipswich Hospital incinerated 1,100 fetuses brought from another hospital between 2011 and 2013, though administrators there say they had been unaware of the practice.

You know, this Lent I’ve been reading the Bible. I just wrapped up Deuteronomy, and am knee deep in the Book of Joshua, and in the beginning chapters of the gospel of Luke. I recall this passage from Deuteronomy’s 18th chapter,

“When you come into the land which the Lord your God gives you, you shall not learn to follow the abominable practices of those nations. There shall not be found among you any one who burns his son or his daughter as an offering,[b] any one who practices divination, a soothsayer, or an augur, or a sorcerer, or a charmer, or a medium, or a wizard, or a necromancer.”

Oh, whew! As an offering. 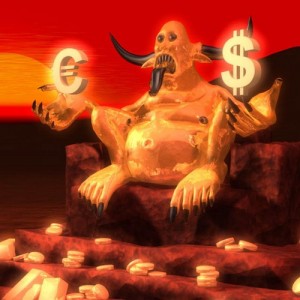 No. We just did it because one party didn’t want a child, and another didn’t want to pay the high cost of natural gas. Big difference, right there.

Thanks to Minister Poulter, it looks like UK hospitals will have to pony-up for more conventional fuels going forward. At least in the short run.

Some 196,000 abortions were performed in the UK in 2011 with another 4,000 fetuses stillborn, according to the Health Ministry.

It’s like a friend of mine who works for NHS in the UK says,

The aborted babies are incinerated with the hospital rubbish. They are defined as non persons and are disposed of without ceremony. This has been done with other groups before…

LORD, have mercy on us.

March 28, 2014 The Road To The Kingdom of Heaven Is Like This Road In The Himalayas...
Recent Comments
4 Comments | Leave a Comment
"Vaya con Dios, Leonard; Rest in Peace."
AnonCollie Leonard Nimoy Explains The Origin Of ..."
"Thank you for sharing"
Andy To Break My Fast from Being ..."
"I've seen Matt Maher live four times...twice since this song was released. I absolutely love ..."
Veritas81 WYD Flashback With Matt Maher, And ..."
"Yes, and Dolan should have corrected the scandalous and wrong decison of his predecessor when ..."
sixbunnies Archdiocese of New York Health Plan ..."
Browse Our Archives
Related posts from Why I Am Catholic