“Where Do We Get Such Men?” 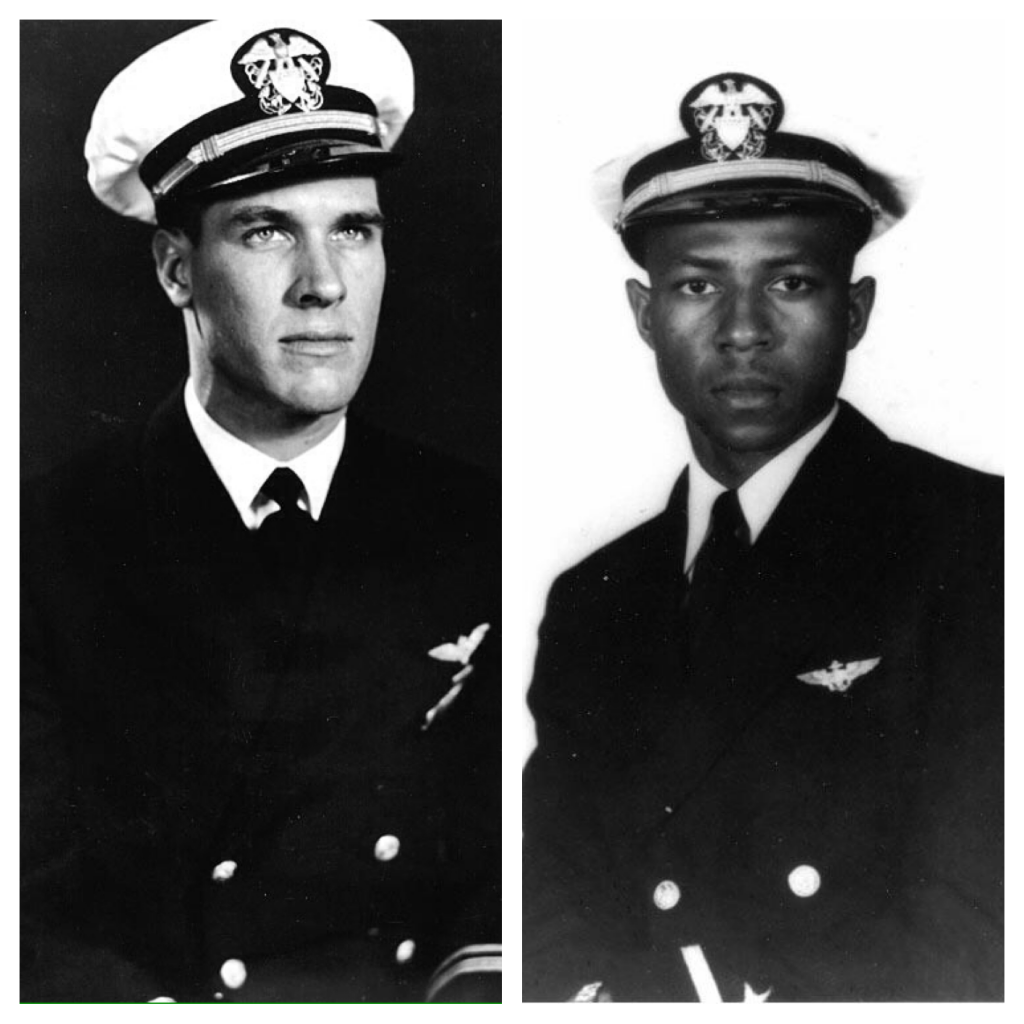 That’s the last line from the Korean War film, The Bridges At Toko-Ri. Over at Christopher Closeup, Tony Rossi shares a true story about the seemingly unlikely friendship between the two Navy pilots pictured above. Tony asks, “What kind of man intentionally crashes his airplane behind enemy lines during wartime to save a friend?”

Jesse Brown would crash, see, due to ground fire he encountered while providing close air support to the Marines during their fighting retreat from Chosin Reservoir. Tom Hudner would intentionally crash land his plane in a bid to save his downed friend’s life.

Here’s the Medal of Honor citation for the man who was more willing than usual to lay down his life for his friend,

For conspicuous gallantry and intrepidity at the risk of his life above and beyond the call of duty as a pilot in Fighter Squadron 32, while attempting to rescue a squadron mate whose plane struck by antiaircraft fire and trailing smoke, was forced down behind enemy lines. Quickly maneuvering to circle the downed pilot and protect him from enemy troops infesting the area, Lt. (J.G.) Hudner risked his life to save the injured flier who was trapped alive in the burning wreckage. Fully aware of the extreme danger in landing on the rough mountainous terrain and the scant hope of escape or survival in subzero temperature, he put his plane down skillfully in a deliberate wheels-up landing in the presence of enemy troops. With his bare hands, he packed the fuselage with snow to keep the flames away from the pilot and struggled to pull him free. Unsuccessful in this, he returned to his crashed aircraft and radioed other airborne planes, requesting that a helicopter be dispatched with an ax and fire extinguisher. He then remained on the spot despite the continuing danger from enemy action and, with the assistance of the rescue pilot, renewed a desperate but unavailing battle against time, cold, and flames. Lt. (J.G.) Hudner’s exceptionally valiant action and selfless devotion to a shipmate sustain and enhance the highest traditions of the U.S. Naval Service.

Head over to Tony’s place to read more about these two men, and the bond that they formed with one another. But don’t believe for one second that this was something unique. I’ve seen, and experienced, bonds formed like this in my own military career many, many times. I’ve experienced it hardly at all in the civilian world.

Perhaps that has something to do with the nature of the work, and having skin-in-the-game? Maybe. I can remember hearing Ted Williams, the baseball legend, tell the Marines gathered to celebrate the birth of their Corps, that the closest thing camaraderie-wise to matching what it felt like to be in the Major Leagues was his experience of being in the Marines.

As Memorial Day heaves into sight, I thank God for both of these men, and for the many others like them who have selflessly served their neighbors, while going in harm’s way. Wherever they do come from, may we continue to be blessed with more of them.

May 24, 2016
Apparently, There USED to be Secrets of Fatima
Next Post

June 1, 2016 Because Pious Nonsense Is Not the Good News
Browse Our Archives
Related posts from Why I Am Catholic