Last week, I had some thoughts on the suicide of Robin Williams. While they deviated a bit harshly from the norm, I stand by what I said, because some balance was desperately needed amid the obsessive adoration. However, I can’t deny that once my attention was drawn to this character and the characters he created, it was difficult for me not to be drawn further in. It’s a rare talent that can leave you limp with laughter in one moment and move you to tears in the next. This sad, strange little man filled me with curious fascination, yet simultaneously, with pity. That was his way.

By sheer coincidence, I was recently  listening to some Bruce Hornsby music and came across a little-known song called “Lost Soul.” The lyric brought me up short, because it was so startlingly poignant and apt. With surprising speed, something came together in my mind and my movie making software. I began to create and edit.
The finished product surprised even myself.

The song as a whole moved me, but the truly devastating part comes in verse three. After speaking in the third person, the singer takes on the voice of the lost soul himself:

When I see you on the street in the twilight
I may tip my hat and keep my head down
You show me love, but maybe I don’t deserve it
I’ve been called but not, but not been found…

That’s the verse that stopped me in my tracks. That’s Robin Williams in four lines. Then in the chorus, there’s actually a key lyrical difference between the studio version and the much superior live version, which I chose to use for this video. The original lyric says:

There’s a lost soul coming down the road
Somewhere between two worlds
With an oar in his hands and a song on your lips
We’ll row the boat to the far, far shore
Row the boat of love, lost soul

However, the live version quite clearly says “Row the boat of the loved, lost soul.” In my opinion, this is much more powerful and meaningful. And while in this context, the line about “rowing the boat to the far shore” could be taken by some people as a reference to heaven, that’s not my intention, nor do I think it fits the song’s actual meaning. I believe a more accurate interpretation is that extending friendship to those who badly need it takes you on a journey. The end may not be clear, but launching out is worth it for a glimpse inside this lost soul, in all its divinely stamped madness and wonder.

Let me be clear about what this video is not: It is not intended to follow in the train of utter schlock being produced in “tribute” to Robin Williams right now. It is a tribute—to his undeniable gifts and to his human spark. In the recent words of Billy Crystal: “Robin Williams. What a concept.” At the same time, it does not shy away from the final, inescapably dark truth that this is a lost soul, in more ways than one. There is no happy ending here. No “genie you’re free,” and no clips of smiling Robin Williams characters trotting around heaven or flying through puffy white clouds to the tune of “Somewhere Over the Rainbow.” (Instead, there is a clip at the end of Williams himself laughing with his own daughter—the daughter he left behind.) I didn’t create this project to sentimentalize the death of Robin Williams. I created it because as I said in my original thoughts, Robin Williams captured the human condition. The story of paradise lost is written on his face. When we look into his soul, we see all lost souls. To sum it up in a sentence, you might say that this video is my attempt to see Robin Williams as God sees Robin Williams.

You will hear some voiceovers with quotes from several of Williams’s movies. These were also deliberately chosen and juxtaposed to reflect truth, not sentiment. As one example, I introduce a segment with one of his inspiring quotes from Walt Whitman in Dead Poets Society, then follow up with a clip from his telling of an old legend called “The Fisher King” (from the movie of the same name). The hopeless way he describes the king in the legend perfectly describes Williams himself in his last days, and it provides a sobering counter-point to the life-affirming Whitman quote. His character in that film is a half-mad homeless vagrant, and footage from it also weaves its way throughout.
Finally, I end the video with a verse from the prophecy of Zechariah in Luke chapter 1, containing the greatest truth of all. It is too late for this last and best glimmer of hope to reach Williams. Yet it goes out to every lost soul who is still here to see it piercing the darkness. To the Christian viewer, I hope this inspires you to send a gleam across the wave today. Thanks for watching: 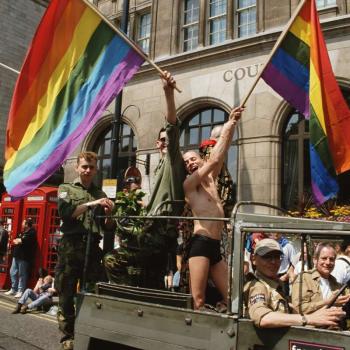 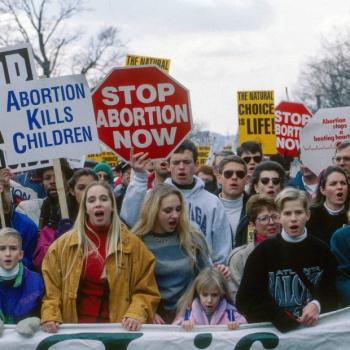 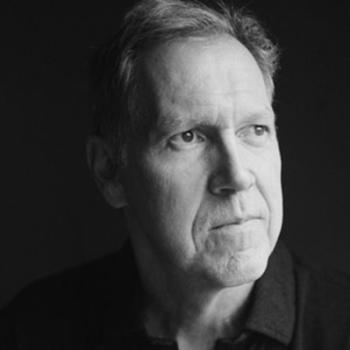 Evangelical
Chris Rice and the Conversation We Can't Not...
Young Fogey
TRENDING AT PATHEOS Evangelical