Two Sisters Review… Inside Out 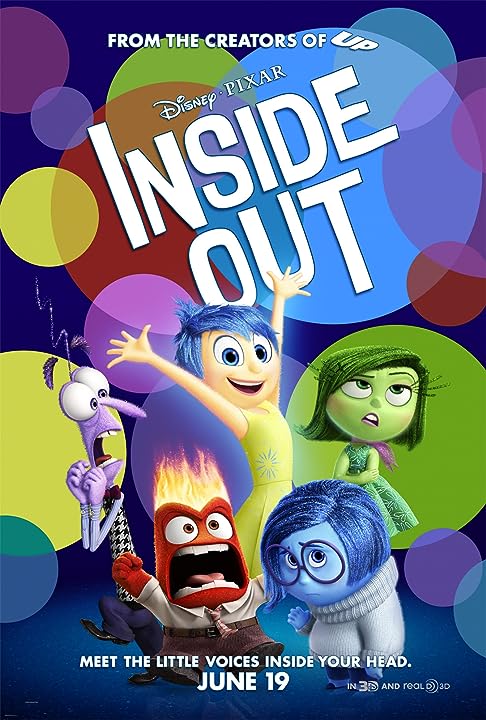 “[It’s about] growing up, and about inner conflict, and about dealing with yourself, and all that stuff.” — Littlest Sister on Inside Out
***
Littlest Sister and I had another adventure in the theater recently. Since our interview/review format worked so well for the faith-based movie Beyond the Mask, I decided to use her precociously articulate charm for my own ends once again and get her take on Pixar’s latest smash hit, Inside Out. The simple premise is that a little girl’s emotions are personified, and we get to go on a journey with them inside her own mind, as she deals with a tough family move and the pressures of growing up.

As before, the format for this interview was record, conversate, transcribe and publish. No splicing and dicing! We realize we’re about a month late to this party, so as a result, there will be a few spoilers (albeit understated spoilers, considering the unique nature of the story). If you’ve already seen the film or don’t mind having it mildly spoiled for you, we hope you enjoy our joint insights on it! It certainly had both of us wishing we had brought tissues.

July 14, 2015
Questions and Answers: As We Are Known (featuring Edie Brickell and Audrey Assad)
Next Post

July 20, 2015 Pro-Lifers, Be Angry and Sin Not
Recent Comments
4 Comments | Leave a Comment
Browse Our Archives
Follow Us!