Seven Things I Hate About the New Ben-Hur Movie

[Note: If you were genuinely moved by the new Ben-Hur movie, chances are good you’ll be offended by this post. I wish to offend no man needlessly, so if you fit this description, you’ve been warned.]

“Why do they need to re-make Ben-Hur?” My sister asked this question the other day. It’s a good question. I’ll let you decide the answer.

Me, I wasn’t even going to bother seeing if it was as bad as I’d heard. But then, I got this idea that I could sell a free-lance piece including some discussion of the Jesus scenes, which had been very hyped up in the movie’s marketing. Supposedly, this re-make was going to improve on the Heston classic by giving Jesus top billing. That seemed interesting, but then early reviews started coming in. If they were to be trusted, Ben-Hur 2016 Jesus was about as deep as Joel Osteen’s Twitter feed. But, understandably, I couldn’t get paid to write anything about it unless I could say I’d seen the movie.

So, I saw it, only to discover that this new and improved, ostensibly beefed-up Jesus was so over-hyped, every single scene of his had already been put on YouTube or mentioned in the two reviews I saw. There was literally nothing else there. Fortune-cookie Joel Osteen Jesus was it.

But hey, I thought, at least I can have a little fun panning the whole thing for my blog, and that will make me feel like my $6.50 wasn’t entirely wasted. So, herewith, seven things I hated about the new Ben-Hur movie.

1. Dialogue whose writer should be shot at dawn

Or wait, maybe it was two writers. Apparently, collaboration was needed to make sure this script reached its full potential of awfulness. Here are a few gems I scrawled across my notebook in the dim theater light, just for you (not even including Jesus, he needs a slot all to himself):

Judah, admiring a suit of armor Messala’s brought from Rome: “Look at this, wow!”

Esther to Judah, counseling him away from revenge: “I know what it’s like to want to take your feelings out on others.”

Messala to Judah, taunting him in the chariot race: “ARE WE HAVING FUN NOW, BROTHER?”

Ilderim again, sharing some personal history: “I had my ‘all Romans must die’ phase too.” <—ding-ding-ding, I think we have a winner

2. The fact that they chose Morgan Freeman to play Ilderim

This character is an ARAB SHEIK for crying out loud, yet they cast Morgan bleeping Freeman? Somewhere in the marketing it was said that Ilderim has become “Nubian,” and they wrote dialogue where people address him as “African.” No. Just… no. Next.

Freeman’s performance is so devoid of effort or commitment that it’s almost funny. You’d think he would try to come up with something besides the Morgan Freeman voice, but nope. Apparently Sheik Ilderim sounds exactly like Morgan Freeman. But I suppose even Morgan Freeman has to eat.

4. The ignorance of Jewish culture

Messala is re-written to be an orphan adopted by the Hur family and raised as blood brother to Judah. But this is nonsense. Adopting a Gentile and a Roman would have been unheard of for a devout Jewish family.

Furthermore, the writers appear completely ignorant of how 1st century Jews thought and spoke. When Jesus is first introduced, he’s just off-camera working outside as Judah walks past the carpentry shop fuming to Esther about Romans. Jesus helpfully chimes in, “Love your enemies,” whereupon Judah laughs and replies “Love your enemies? That’s very progressive.” “Progressive?” I just can’t. I can’t even. Anachronistic doesn’t even begin to cover it.

Even worse was Judah’s repeated casual exclamation of “My God” while chatting with Messala. Because yeah, it’s not like Jews scrupulously avoid so much as saying the name “God,” even in reverence. To have a Jewish character say it in a throwaway line is tin-eared beyond comprehension.

I’ll be the first to admit that the Heston movie, to say nothing of Lew Wallace’s source material, is Long with a capital “L.” You can’t keep butts in seats for 4 hours anymore. You just can’t. I get it.

But the first rule of abridging a story is that you have to abridge it in a way that makes sense. You can’t just go in with a hatchet and start randomly chopping out plot points. It doesn’t work that way.

Unfortunately, Ben-Hur 2016 didn’t get the memo, and the result is the story-telling equivalent of giving someone a haircut with a kitchen knife. While wearing a blindfold.

If I had to pick just the worst instance, it would probably be the elimination of Quintus Arrius. This character is central to all other cinematic incarnations of the story. His act of freeing and adopting Judah allows him to gain status and fortune in Roman society, as well as developing the skills he will use to race Messala at the circus.

In this new film, Judah washes up on shore, where Ilderim conveniently happens to be hanging out with his horses and agrees to hide Judah in the desert if Judah heals a sick mare and becomes his horseboy. Judah comes with knowledge of horses pre-programmed, despite the fact that as a Jew, he wouldn’t even have been allowed to own horses. (Yet the opening flashback shows him horse-racing with Messala, implying the Hur family had a whole barnful. See above, ignorance of Jewish culture.) Later, they patch up the problem of Judah’s reintroduction to society by having Ilderim wager Judah’s freedom when he makes his bet on the chariot race. They patch up the further problem of how this is arranged by someone with authority by having Ilderim make the bet to Pilate. It’s all just hideously clunky.

Among the fewer than ten lines Jesus has in the entire run-time, I think I counted a grand total of two that are 1) actually from Scripture and 2) not ripped violently out of context and smashed together with pureed nonsense. The latter category includes such pearls of wisdom as “Hate and fear are lies that divide us. Love is our true nature” (um, no, polar opposite of what Jesus actually revealed about human nature). Also, when Esther becomes a follower of Jesus and tries to tell Judah how wonderful he is, she hypes him up by saying that she’s seen “acts of grace so small, yet so…” I think she shakes her head or something instead of finishing this line, but in any event, yeah, small acts of grace. That’s definitely what made Jesus intimidating and different and compelling during his ministry. Nothing to do with the fact that he cast out demons and raised the dead and stuff.

It’s really a shame, because if the film-makers really wanted to tweak the classic in a more Jesus-centric way, there were any number of things they could have done that would be better than this weak sauce. How about improving even on the novel by adding a resurrection nod? Or restoring the novel’s healing of Judah’s mother and sister as a personal touch from Jesus, as opposed to the strangely indirect, post-crucifixion thunder-and-lightning affair of the 1959 version? Yet both of these opportunities are passed by.

Okay, I can do this. [deep breath] So, in this new ending, Judah breaks down and cries at the crucifixion because he’s so sad that Messala got hurt in the chariot race, then goes to say he’s sorry and give him a hug. Messala (in this version not paralyzed but missing a leg) gets ready to stab him with a dagger, only to drop it and start crying. Cut to later scene of Judah reuniting Messala with Tirzah, Esther and Mom, whereupon they all share a group hug with big cheese-eating grins all round, cum Morgan Freeman voiceover (oh, I forgot to mention Morgan Freeman narrates the whole thing, because hey, if you’re paying Morgan Freeman to be in your movie, it would be kind of silly not to have him narrate it too), and sweetie-sweetie pop song striking up as Messala and Judah going riding into the sun together. (Messala apparently lost his leg at a height that allowed him to ride again just so they could make this ending as cheesy as possible.)

So yeah. That happened.

And there you have it. I’ve literally counted the ways I hate Ben-Hur, 2016. I suppose I should throw in something belatedly positive, so I will give a shout-out to the horse-trainers (fun fact: the horse-trainer for this film is the son of the horse-trainer for the ’59 film) and other technical people who orchestrated the chariot race. I give props to the film-makers for doing as much of it as possible on camera, and to the actors for actually learning how to drive the chariots so they could minimize the amount of CGI used. The cinematography and editing in general, though too heavily reliant on quick cuts, was perfectly fine and workmanlike. The acting, again, was fine, though not great.

What really sinks this ship, at the end of the day, is the writing. That’s how it seems to be with so many of these films, even the better ones like Risen. Writing, writing, writing. Writing is what makes or breaks a movie. Sadly, while Mark Burnett and Roma Downey seem like very nice people with a lot of cash to spread around, they don’t seem to understand this. Screenwriter Keith Clarke took only a year and a half to draft the screenplay with his wife, describing it as “a screenwriter’s dream” and “a very quick project.” Nobody was there to send them back to the drawing board. And when you consider the talent that went into other aspects of the film, that’s a real shame.

The problem is, Christians want desperately to be taken seriously in the world of filmmaking, so they get excited when moguls like Burnett and Downey hop on the train. But you can’t solve a problem just by throwing money at it. A great script can make movies on shoestring budgets instantly memorable. A bad script can make high-budget movies instantly forgettable. Sadly, this needless re-hashing of a classic falls decidedly into the latter category. 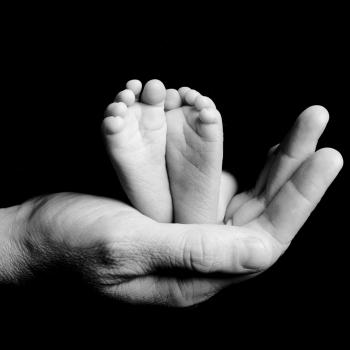 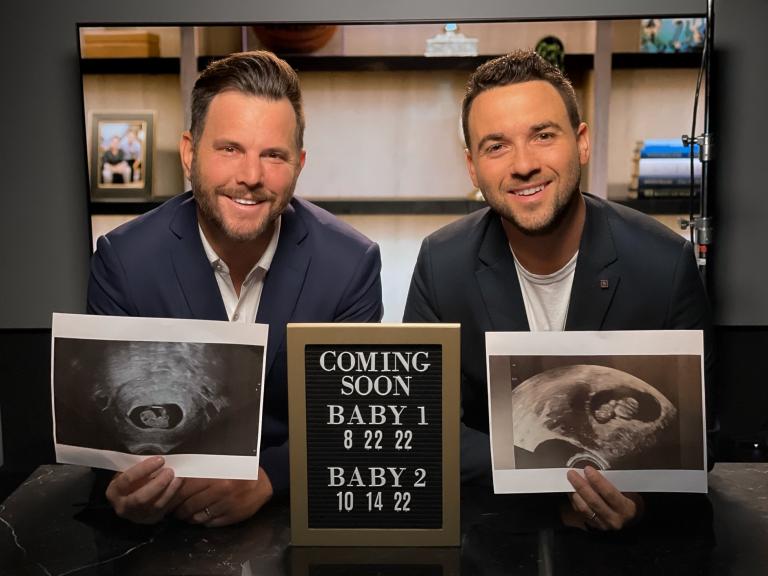