Becoming a Palpable Presence in Our Children’s Lives 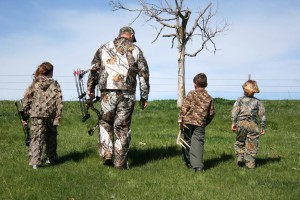 Some dads are present sometimes. Some are absent. And then some are palpable presences in their children’s lives.

No one had a greater influence upon his namesake. By example and instruction, he imbued Theodore, Jr., with a strong sense of moral values and remained an almost palpable presence at his side long after his death at the age of forty-six.

There’s no short cut to being a good father. It takes showing sincere interest in our children’s lives. It takes tucking them in at night, praying with them at mealtimes, and sharing our difficulties and successes with them. It takes dating them, or taking them on father-son adventures. And it takes coaching, wrestling, reading, fishing, shopping, camping, and attending ballet recitals.

In short, it takes time.

Will you take it? Will you become a palpable presence in your children’s lives?

September 10, 2012 Focusing On The Heart… Theirs And Ours
Recent Comments
0 | Leave a Comment
Browse Our Archives
Follow Us!

10 Ways Wives May Be Sabotaging...
The Not So Excellent Wife
Related posts from Cedars and Sandhills

How to Use This Pandemic to Make Your...
Quarantine can test the best of marriages. But if you're already struggling,...
view all Family blogs
What Are Your Thoughts?leave a comment
Copyright 2008-2020, Patheos. All rights reserved.