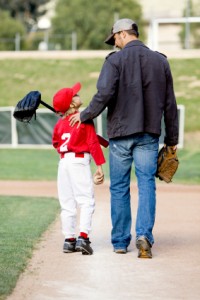 Excerpt from Man on the Run:

Dreaming is easy. The challenge lies in choosing the best dreams. In Ordering Your Private World, Gordon MacDonald recounts a conversation he had with his father. “Years ago my father suggested that one of the great tests of human character is found in making critical choices of selection and rejection amidst all of the opportunities that lurk in life’s path. ‘Your challenge,’ he told me, ‘will not be in separating out the good from the bad, but in grabbing the best out of all the possible good.’”[1]

If there’s one thing that God loves to do, it’s help men trade smallish, empty dreams for big, challenging, life-demanding ones. A life of small dreams is a wasted life. There is no thrill in climbing low mountains.

I’ve watched God empower several men to trade in small dreams for bigger ones, low mountains for grand ones. Perhaps no story is more dramatic than my friend, Brad’s. Three years ago, Brad grabbed a hold of a better vision for his life.No man has to live a wasted life. If a man turns his life over to God through faith, there is no limit to the turnaround that is possible. When a man chooses to live by grace through faith, bigger dreams will be found and lives will be changed.

At that time, Brad had been married to Marcia for ten years. They had five sons under the age of nine. For the first eight years of their marriage, Brad had been away from home three months out of the year for work or play. Among the ranks of over-the-top, fanatical men, Brad was number one. As a young man he had been a marine whose worst fear had been inactivity, so he’d filled his time with fast, dangerous, and expensive ways to stave it off. Over the course of his lifetime, he’d owned seven Harley-Davidson motorcycles, scuba dived in the Bahamas, Greece, and Mexico, and competitively raced demolition derby cars. He had been a gym rat, a bodybuilder on steroids. At his peak, Brad was 5’ 7” and weighed 248 pounds. He had 6% body fat and bench-pressed 450 pounds.

When I think of Brad, I think of the Motley Crüe song, Kick Start My Heart. That song begins with these lyrics:

When I get high

I get high on speed

A drug for me

My heart, my heart

Always got the cops

My heart, my heart

Brad had a picture of where his happiness in life would come from, but his dream was trashing his liver and his relationships. A few family members tried to help. Most people simply stayed out of his way. Brad says, “If people interfered with what I wanted, I’d run over them.”

That was Brad two years ago. Today he’s one of the most faithful leaders in our community. I use him as an example of a committed husband and father when I counsel other men. Marcia is one of the most happily married women in our church. She just asked me on Sunday, “Zeke, would you invite Brad to go fishing with you the next time you go? He’s so focused on being good to me and the kids, I’m worried that he’s not having enough fun.” After the smelling salts returned me to consciousness, I told Marcia that I’ve never heard a wife complain that her husband isn’t goofing off enough.

Brad and I had a cup of coffee to discuss his changes. I treated him to coffee; I told him that I had to know how such dramatic changes occurred to him. Brad explained how it began with a painful epiphany on his son’s fourth birthday: “Jordan woke up excited for his birthday party. He raced into the kitchen before breakfast and said, “Mom, today’s going to be so great, isn’t it? Everyone will be at my party, right?’ Everyone but dad, of course.’” 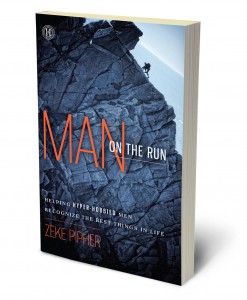 “Everyone but dad, of course.” That comment took Brad into the shadows. He realized that he hadn’t been a good dad. He’d been absent from everything. He had almost no memories of connecting with his Jordan. As unbelievable as it sounds, Brad couldn’t remember a single birthday, soccer game, or time that he’d snuggled, wrestled, or played catch with his son. He told me, “My son had been alive for four years, and I didn’t know him.”

Brad felt miserable all day. He told me, “I’ll never forget what happened later that night. After Jordan fell asleep that night, tired out from his big day, I snuck into his bedroom. I sat down on the edge of his bed, and watched him sleep for a few moments. I rubbed his head and began to cry. I whispered over and over again how sorry I was. He was asleep, but it didn’t matter. I had to keep apologizing.”

That’s how it all began, but it didn’t end there. When Jordan’s comment sobered Brad, Brad realized that there were dozens of other relationships and responsibilities that he’d neglected. For some reason, he started to care. He started to feel pain and regret. Marines don’t like to cry, but this one dropped quite a few tears over the next several days as he faced his mistakes.

Brad’s pain and regret forced into a period of serious scrutiny. He began to pray and ask God for help. He also began to read the Scriptures for direction. He told me, “I needed a vision, Zeke. So I began to read the gospels and Paul’s letters to get a picture of how I should live.”

“I read those words, and I realized that it perfectly described how I wanted to live the rest of my life. I needed to live for my God, and the people in my life. No more selfishness. No more running over others. That passage gave me a bigger picture to chase.”

That painful period in Brad’s life led to new commitments and plans. When Brad began to feel crushed under the weight of his failures, he turned to Jesus. He asked for forgiveness for twenty-five years of complete selfishness and the hurt he’d caused. Because of Jesus’ life and death, Brad found forgiveness. Brad found the Grace Story. Like the example of my son, Aidan, playing outside as a clean, forgiven, deeply loved child, grace sent Brad back into his life with fresh energy and a new set of hopes and expectations.

Brad is an even harder-charging, more ambitious man today than he was five years ago. He just has a powerful, life-giving pursuit that he’s chasing now: loving God and loving others well.

I asked Brad if life is better today. He replied, “Are you kidding? I’m finally living the dream!”

May 2, 2013
Weinstein's Not So Civil Rights Movement
Next Post

May 6, 2013 Billboard ONLY Child Abuse Victims Can See
Recent Comments
0 | Leave a Comment
Browse Our Archives
Follow Us!

Infidelity: Does It Have to End...
Terry Gaspard
Related posts from Cedars and Sandhills

Alone in a Crowd
The Winter Season is a unique time in New York City. The...
view all Family blogs
What Are Your Thoughts?leave a comment
Copyright 2008-2020, Patheos. All rights reserved.