Recently, New York Governor Andrew Cuomo made a clear statement that the good people of New York who hold to a pro-life position are not welcome in his state. During an interview last Friday, Cuomo, commenting on problems within the Republican party, said,

“Their problem is not me and the Democrats; their problem is themselves. Who are they? Are they these extreme conservatives who are right-to-life, pro-assault-weapon, anti-gay? Is that who they are? Because if that’s who they are and they’re the extreme conservatives, they have no place in the state of New York, because that’s not who New Yorkers are.”

“Extreme conservatives who are right-to-life…if that’s who they are…they have no place in the state of New York.” Well, I’d like to formally invite any citizens of the great state of New York who love children, in the womb and out, to move to Nebraska. We’ve got the room. We have over 76,000 square miles compared to Cuomo’s 47,000, and we only have 1.8 million people, compared to the 19.5-million living in Cuomo’s state. This is a genuine invite…we’ll all scooch over a bit and make room. It’ll be great. I put MapQuest directions below:
Previous Post 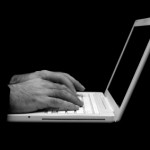 December 17, 2013
Clash of Clans and other portals of predation
Next Post 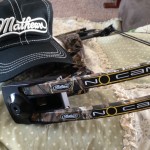 4 Things You Should Never Ever...
MarriageToday
Related posts from Cedars and Sandhills